Iran's foreign minister, who mocked US efforts to renew the embargo, is headed to Moscow Thursday. 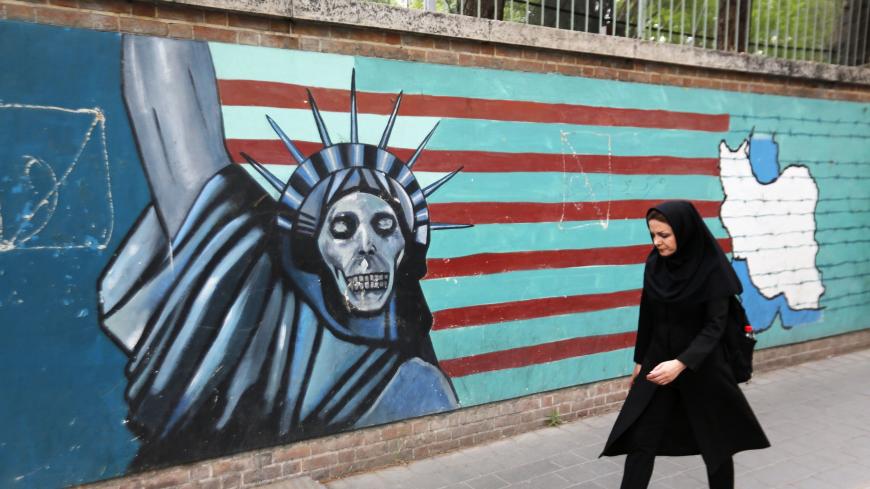 An Iranian woman walks past a mural on the wall of the former US Embassy in the Iranian capital Tehran on May 8, 2018. - ATTA KENARE/AFP via Getty Images

A top Russian official said today his government will pursue military cooperation with Iran once the United Nations arms embargo on the Middle Eastern country expires in October.

“New opportunities will emerge in our cooperation with Iran after the special regime imposed by UN Security Council Resolution 2231 expires on Oct. 18,” said Deputy Foreign Minister Sergei Ryabkov, according to Russia’s Interfax news agency. Ryabkov did not elaborate on the nature of the cooperation.

Why it matters:  The move is a poke in the eye to the United States, which proved unable last month to convince even its closest allies in the UN Security Council to renew the international arms embargo on Iran, despite Tehran’s expanded conventional ballistic missile program and support for militias in regional conflicts.

The United States says it has triggered a snapback of UN sanctions in response to the failure to renew the arms embargo. On Sunday, however, France, Germany and the United Kingdom said the unilateral re-imposition had no legal validity.

Russia has argued that because the United States pulled out of the 2015 nuclear deal with Iran in 2018, Washington is not eligible to reimpose sanctions on Tehran.

The Trump administration insists the move is binding because the United States remains a signatory of UN Security Council Resolution 2231, which put the nuclear deal into force.

What’s next:  Iran’s Foreign Minister Mohammad Javad Zarif is headed to Moscow on Thursday to meet with Sergey Lavrov, the Kremlin’s foreign minister.

Zarif said on Monday the US efforts would prove futile.