US Secretary of State Mike Pompeo has threatened to sanction countries that engage in weapons trade with Iran. 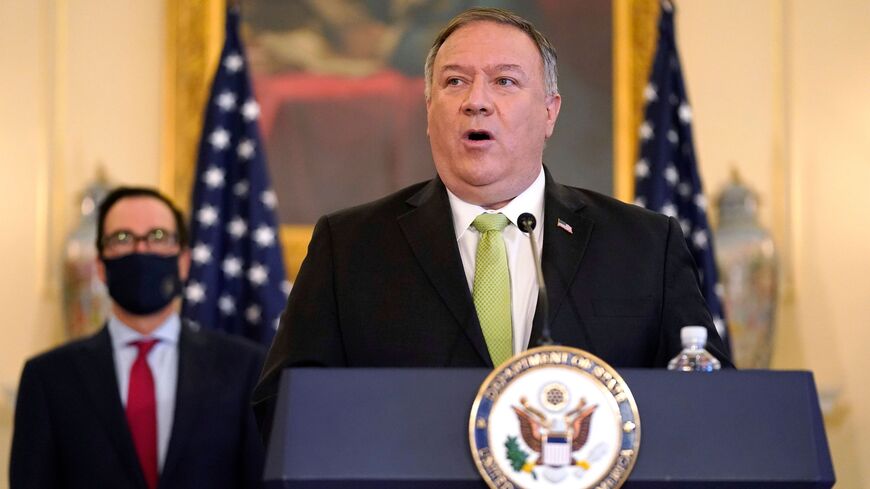 US Secretary of State Mike Pompeo speaks during a news conference to announce the restoration of US sanctions on Iran on Sept. 21, 2020, at the US State Department in Washington, DC, as Treasury Secretary Steve Mnuchin looks on. - PATRICK SEMANSKY/AFP via Getty Images

An international conventional arms embargo on Iran has expired after 13 years on Sunday, despite a push by the US government to keep Tehran as a pariah in the international weapons trade.

The embargo’s termination came in line with provisions under the 2015 nuclear agreement called the Joint Comprehensive Plan of Action (JCPOA) with Tehran, despite the US administration's efforts in the UN Security council to renew the embargo during a vote in August.

“A momentous day for the international community, which — in defiance of malign US efforts — has protected [UN Security Council Resolution] 2231 and [the] JCPOA,” tweeted Iran’s Foreign Minister Mohammad Javad Zarif.

“Today’s normalization of Iran’s defense cooperation with the world is a win for the cause of multilateralism and peace and security in our region,” Zarif wrote.

A statement by the Iranian Foreign Ministry claimed that the Islamic Republic now has the right to “procure any necessary arms and equipment from any source without legal restrictions” for defensive purposes. Iran’s President Hassan Rouhani hailed the end of the embargo last week.

US Secretary of State Mike Pompeo warned in a statement on Sunday that Washington was ready to unilaterally “sanction any individual or entity that materially contributes to the supply, sale or transfer of conventional arms to or from Iran, as well as those who provide technical training, financial support and services and other assistance related to these arms.”

Pompeo added that “any country” that attempts to sell weapons to Iran “will be very clearly choosing to fuel conflict and tension over promoting peace and security.”

The administration of President Donald Trump withdrew in 2018 from the JCPOA, which had been signed by Iran, the United States, China, France, Germany, Russia and the United Kingdom in 2015.

The administration has cited Iran’s conventional ballistic missile program and support for militias in Syria, Iraq and Yemen — as well as Hezbollah in Lebanon — as justifications for Washington’s “maximum pressure” campaign of sanctions against Tehran.

The Trump administration’s withdrawal from the deal was supported by some US partners in the Middle East, particularly Israel and Arab Gulf states.

But an August push by Washington’s Ambassador to the UN Kelly Craft failed to convince even the United States’ closest allies France, the United Kingdom and Germany to sign on to the renewal. The three countries instead urged the United States to negotiate with Iran to preserve the JCPOA, rather than rely on threats of sanctions.

The administration has since unilaterally initiated a “snapback” of international sanctions against Iran, a move allowed under the JCPOA. Still, it is unclear how the United States intends to enforce the snapback, which the UN Security Council has rejected.

China opposed the renewal, and Russia said the United States has no legal right to initiate the snapback because Washington withdrew from the agreement.

Iran has looked to Chinese and Russian aircraft to replace its aging fleet, some of which is left over from US sales prior to the 1979 revolution.

It is not clear how many countries are ready to risk wading into arms deals with Iran amid the continued threat of US sanctions. The European Union still maintains a ban on conventional arms trade with Iran that is set to expire in three years.

Russian officials have already floated the possibility of selling its advanced S-400 air defense system to Iran after the UN embargo expires.

The Trump administration is demanding Iran return to the negotiating table to arrange a more restrictive deal.