Why is US pushing unworkable plan to renew Iran arms ban?

Two years after the United States withdrew from the Iran nuclear deal, the administration is looking extend the UN ban on conventional arms sales to and from Iran, a strategy designed to kill the deal for good and benefit President Donald Trump whether it succeeds or not. 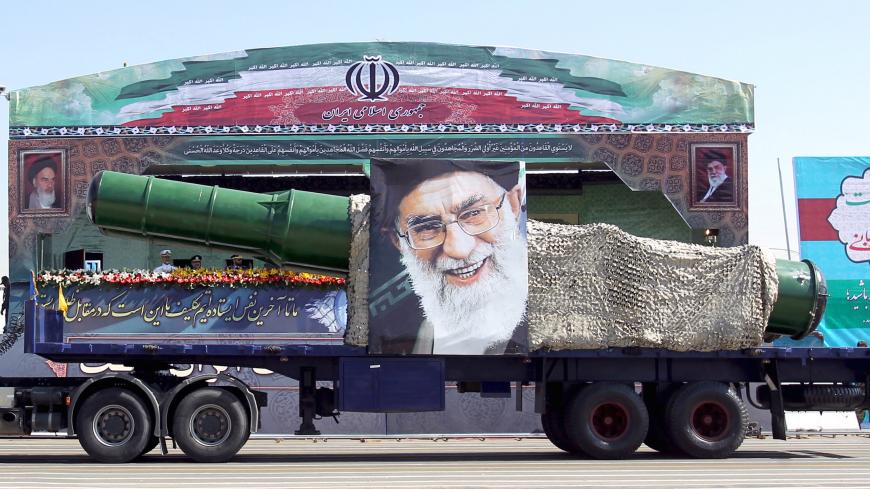 A military truck carrying a missile and a picture of Iran's Supreme Leader Ayatollah Ali Khamenei is seen during a parade marking the anniversary of the Iran-Iraq War in Tehran, Sept. 22, 2015. - REUTERS/Raheb Homavandi/TIMA

In a May 9 statement marking the second anniversary of the Donald Trump administration’s withdrawal from the Iran nuclear deal, US Secretary of State Mike Pompeo pledged to “exercise all diplomatic options” to extend the UN ban on conventional arms sales to and from Iran beyond its current expiry date on Oct. 18. But the strategy has little chance of continuing to curb Iranian arms purchases. The real intent appears to be to finally kill the nuclear deal, known as the Joint Comprehensive Plan of Action (JCPOA), before the Nov. 3 US presidential election. If Trump loses, as now seems likely, this would make it much more difficult for a Joe Biden administration to restore the benefits of the deal.

The strategy Pompeo laid out on April 29 has two parts. First, the United States will propose a resolution at the UN Security Council to extend the arms embargo. If — or rather when — this fails, the United States will invoke the unilateral snapback clause of UN Security Council Resolution 2231 to restore all sanctions that were eased by that resolution in accordance with the JCPOA.

The first part will fail because Russia and China will not countenance any such new resolution that punishes Iran over a sequence of tit-for-tat moves initiated by the United States pulling out of the JCPOA two years ago. Moscow and Beijing wanted to end the arms ban when the JCPOA came into being in 2015, and only reluctantly agreed to extend it for five years. It had long been foreseen that the ban would end if a nuclear deal was struck.

Even US allies on the council oppose the move, which explains why, after foreshadowing that the draft resolution would be proposed in May, US officials now indicate they are in no rush.

The second part of the strategy, sanctions snapback, may possibly succeed, albeit only superficially. It rests on the politically hypocritical yet legally plausible argument that even though the United States is no longer party to the JCPOA, and has said so many times, the UNSCR 2231 language confers the right to invoke snapback to the original parties, listing them by name. Under the ingenious provisions of the snapback mechanism, no other UNSC member can veto it.

Yet invoking snapback this way would still be very difficult. The United States would first need to persuade the country holding the UNSC presidency, which rotates monthly, to agree to table the measure. Indonesia and Russia, which occupy the presidency in August and October, respectively, surely would not be persuaded. France and Germany, the presidents in June and July, are also doubtful. Niger, the president in September, is more susceptible to US pressure.

September thus is the most likely time, first to table the arms ban resolution and then, when it fails, the snapback mechanism. But Russia would challenge the move by raising a point of order on whether the United States is a participant and thus entitled to make the triggering notification under paragraph 11 of Resolution 2231. A qualified majority of nine of the 15 UNSC members would then be needed to sustain the council president’s ruling.

Whether it succeeds or not, moving forward with this gambit in September could be politically advantageous for Trump. While re-imposing all sanctions would be politically contentious, tying it to the arms embargo would be clever, given the broad bipartisan support for denying Iran new means by which to kill US and allied troops in the region. As Fox News trumpeted, even leftist Rep. Ilhan Omar (D-MN) signed on to an American Israel Political Action Committee letter to support extending the UN arms embargo on Iran, although she and other Democrats made clear they did not support sanctions snapback.

If the embargo is lifted, the impact on arms shipments would be minimal. Russia and China, already gearing up to sell their military wares to Tehran and contesting US moves to undermine the JCPOA, can be counted on to ignore a ban that was extended in an underhanded fashion. Other states that would profit from arms trade with Iran would follow suit.

No doubt, Iran would like to modernize its military and plug capability gaps. A 2017 analysis by the International Institute for Strategic Studies (IISS) concluded that Iran would seek to obtain weapons systems that it has been unable to produce domestically, such as surface-to-air missiles, advanced fighter aircraft, tanks, advanced mines and anti-ship cruise missiles. However, even in 2017, when sanctions remained eased under the JCPOA, the IISS assessed that Tehran’s acquisition of these weapons systems would be limited by their high cost.

Today, with government coffers constrained by deep cuts in oil revenue and mounting social needs, the prospect for major arms purchases is quite limited. Even when it did not face a US pressure campaign, the Islamic Republic of Iran never imported arms on a major scale. Its military strategy relied instead on the use of foreign proxies and other asymmetric tools that have been highly effective in extending its regional influence and defense in depth. There is no reason to think that it will significantly change this successful strategy when the arms ban is removed. This was a key conclusion of the IISS report.

Meanwhile, other UN Security Council bans on arms exports to Yemen and to non-governmental entities in Lebanon remain in place (and continue to be violated by Iran), so lifting the export part of the Iran arms ban will make no difference. Multiple unilateral US arms trade regulations affecting Iran will also continue, including targeted sanctions on the Islamic Revolutionary Guard Corps and on Iran’s Ministry of Defense and Armed Forces.

Thus the real impact, and the real purpose of the arms embargo strategy, would be to kill off the JCPOA before Trump’s elected term ends. At a minimum, punishment advocates seek to build a “sanctions wall,” in the words of the anti-Iran Foundation for Defense of Democracies, to make it as hard as possible for a post-Trump administration to restore diplomatic comity with Iran.

Re-imposing all pre-JCPOA sanctions would be disastrous for global nonproliferation, multilateral diplomacy and regional peace. In this eventuality, Iran has made credible threats to not only resume industrial-scale uranium enrichment but also to withdraw from the Non-Proliferation Treaty and any obligation to accept inspections.

As former State Department coordinator for Iran nuclear implementation Jarrett Blanc recently warned, the Trump strategy for sanctions snapback carries several other significant risks: a crisis pitting the United States against the UN, a delegitimization of UN embargoes, a weakening of the sanctions tool for use elsewhere and an acceleration of the very arms sales of most concern. Others note that the Trump administration’s gambit could leave the United States with little leverage to negotiate any other restrictions imposed by the JCPOA that are far more consequential.

To avoid these worst-case outcomes, French and German officials are considering an option that would allow the arms embargo to expire yet replace it with a new arrangement among key players that would maintain the essence of the ban. As suggested by Ellie Geranmayeh, a senior policy fellow at the European Council on Foreign Relations, the Security Council could agree on a new set of stringent conditions or codes of conduct for future arms sales to Iran. Alternatively, major exporting states could agree to ad hoc measures with this effect. It would be highly useful, for example, to strike a deal with Russia not to sell Iran Yakhont anti-ship cruise missiles, which the IISS study said would be a game-changing development for the region. Concerned states should also seek to restrict the sale of unmanned systems that are beyond Iran’s domestic production capability.

Rather than boisterous moves to upend the playing board for symbolic and political reasons, what is needed is quiet diplomacy to address the real problems. Best of all would be a return to compliance with the JCPOA by both the United States and Iran and negotiations between them to resolve issues of concern. Actions that make this impossible must be avoided. 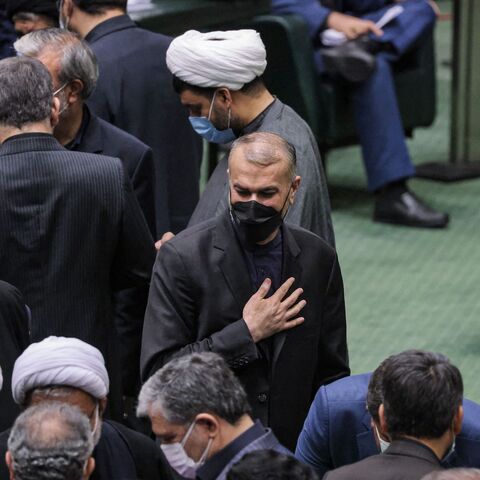 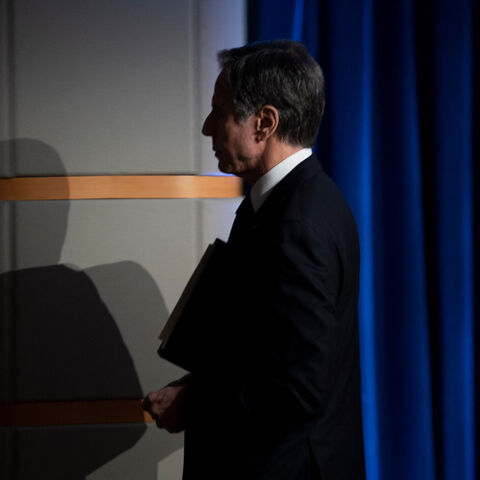 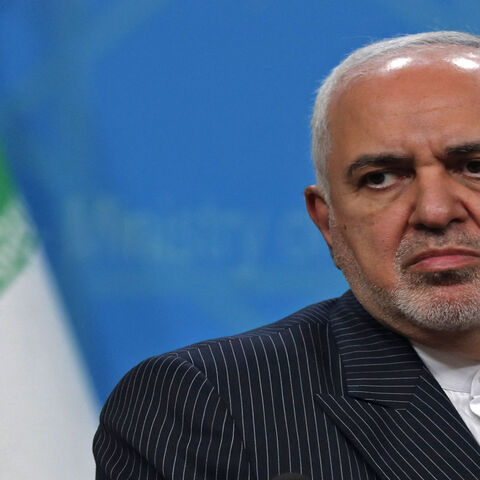