Secretary of State Mike Pompeo said the United States was left with no alternatives following its failed bid at the UN Security Council to extend an arms embargo on Iran. 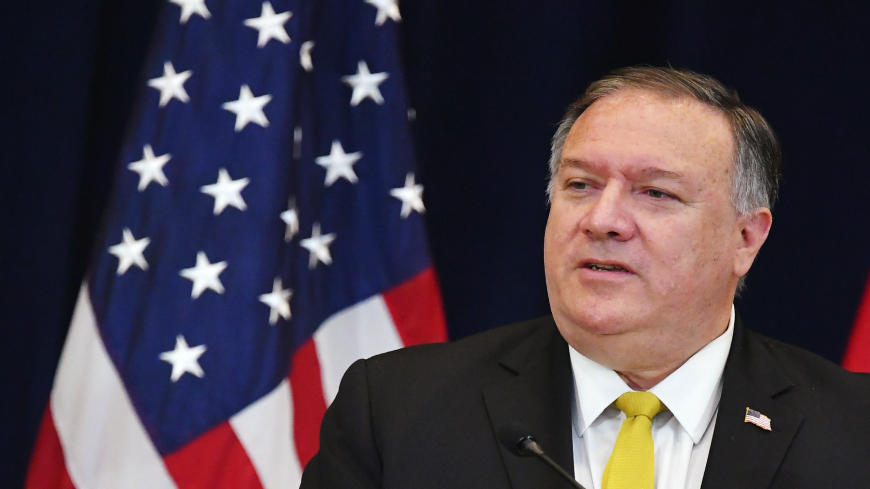 US Secretary of State Michael Pompeo speaks during a press conference with Iraq's Foreign Minister Fuad Hussein at the State Department in Washington, DC on August 19, 2020. - Photo by MANDEL NGAN/AFP via Getty Images

The United States has initiated the process of restoring United Nations sanctions on Iran, Secretary of State Mike Pompeo announced Thursday, despite concerns among Security Council members that it lacks the authority to do so.

“The process to reimpose sanctions on Iran begins,” Pompeo said in a tweet Thursday, adding that he notified the council “of something we all know too well—Iran's failure to meet its commitments under the terrible nuclear deal.”

As expected, Pompeo traveled to the United Nations in New York City to file a formal complaint accusing Iran of breaching its obligations under the same nuclear deal the United States withdrew from in 2018.

Per Security Council Resolution 2231, the other member countries now have 30 days to pass a resolution extending sanctions relief. The United States would veto any such attempt. If no resolution is adopted, the sanctions automatically “snap back.”

Pompeo’s announcement Thursday follows the Donald Trump administration’s failed bid to indefinitely extend the 13-year arms embargo on Iran, which is set to expire in October. The Dominican Republic was the lone member of the 15-member body to join the United States in supporting the resolution last Friday. Russia and China voted against it, and the rest of the council abstained.

During remarks to the press on Thursday, Pompeo said that allies Germany, France and the United Kingdom — collectively known as the E3 — provided the United States no alternatives when “they chose to side with ayatollahs."

“America won’t join in this failure of leadership,” Pompeo said. “Today’s actions put additional pressure on Iran to behave like a normal country and come back [to] the bargaining table."

The European signatories to the deal share Pompeo’s concerns about Iran’s nuclear ambitions, but they fear restoring sanctions could blow up the nuclear agreement by leaving Tehran with few incentives to comply. In a statement Thursday, the European Commission questioned whether the Trump administration has the legal authority to reinstate sanctions, given that it walked away from the Obama-era nuclear accord more than two years ago.

“We, therefore, consider that the US is not in a position to resort to mechanisms reserved for JCPOA participants,” the statement said, referring to the nuclear deal’s official name, the Joint Comprehensive Plan of Action.

The US plan also received pushback from Iran, whose foreign minister dismissed the snapback attempt as “illegitimate and felonious,” and Russia, whose ambassador to the UN called it “nonexistent.”