The sports minister for the Iran-backed Houthi administration was assassinated while in his car as the war with the Saudi-backed government rages on. 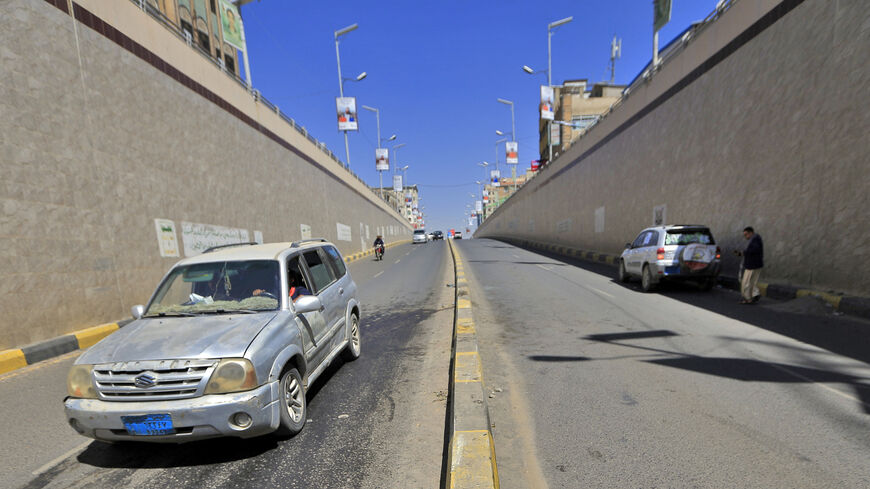 A car passes the site of the attack against Hassan Zaid, minister for youth and sports in Yemen's rebel Huthi administration, where he was shot dead by unidentified gunmen in the Houthi-held capital Sanaa on Oct. 27, 2020. - MOHAMMED HUWAIS/AFP via Getty Images

A Houthi official was shot and killed in the Yemeni capital Sanaa today.

Hassan Zaid, the sports and youth minister in the Houthi administration, was gunned down on Tuesday and later died from his wounds in the hospital, Reuters reported.

Yemen has been embroiled in a brutal civil war since 2014. The Iran-backed Houthi rebels currently control Sanaa and much of the country’s west. The internationally recognized government of President Abed Rabbo Mansour Hadi controls most of the rest of the country.

The Hadi government is heavily backed by a Saudi-led coalition and the conflict is in some ways a proxy war between Iran and Saudi Arabia.

The Houthi-affiliated Almasirah Media Network attributed the assassination to “US-Saudi aggression.” Zaid’s daughter, who was driving the car, was also shot and sustained injuries, according to the outlet.

Recent UN efforts to broker cease-fires have been unsuccessful in stopping the fighting.

The humanitarian situation in the Gulf state is bleak. The UN’s International Organization for Migration noted supply shortages, currency depreciation and inadequate containment measures for the coronavirus in an October report.