EgyptAir has signed an agreement with Ghana to create a national airline after a similar deal with Ethiopian Airlines fell through. 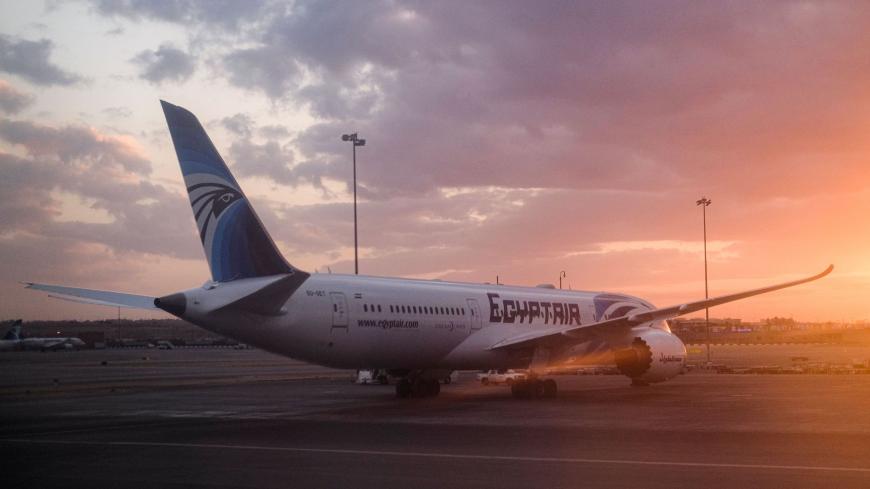 This picture taken on Jan. 16, 2020, shows an EgyptAir Boeing 787-9 Dreamliner jet parked on the tarmac at Cairo International Airport outside the Egyptian capital. - AMIR MAKAR/AFP via Getty Images

CAIRO — EgyptAir, the national carrier of Egypt, signed a memorandum of understanding with the government of Ghana on Oct. 21 to create a Ghanaian national aviation company with joint Egyptian-Ghanaian investment, according to Capt. Roshdy Zakaria, chairman of the board of directors of the EgyptAir Holding Company.

Zakaria said Oct. 22 that this partnership is the product of the Egyptian political leadership and government’s push to strengthen cooperation, support bilateral relations and exchange expertise with African countries in various fields, including the air transportation industry.

Capt. Hassan Munir, assistant chairman of the board of directors of EgyptAir, signed the MoU on behalf of the Egyptian side. Ghanaian Minister of Civil Aviation Joseph Kofi Ada represented Ghana at the signing ceremony, which was also attended by Egyptian Ambassador to Accra Emad Hanna and other representatives of the two countries.

Hanna said that the agreement marks a new chapter in Egypt and Ghana's deep-rooted relations. According to a statement by the Egyptian Foreign Ministry on Oct. 22, Hanna described the agreement as a new Egyptian achievement in the African arena and a turning point on the road to bilateral cooperation between Egypt and Ghana.

Following the signing, the Egyptian Foreign Ministry quoted Ada as saying that Ghana welcomed the interest shown by EgyptAir and the Egyptian Ministry of Civil Aviation.

EgyptAir, one of the oldest African airlines, was established in 1932 and is the only airline in North Africa and the Middle East that is a member of the Star Alliance, the largest airline alliance in the world. The airline provides services to more than 80 destinations worldwide.

EgyptAir concluded the deal with the Ghanaian government after Ethiopian Airlines, the official carrier of Addis Ababa, failed to seal a preliminary memorandum of understanding signed in 2018 with Ghana. The national carrier of Ethiopia was supposed to contribute to financing and managing the new national airline to be established, through which Accra sought expansion in the west of the African continent.

The deal between Ghana and Ethiopia had faltered amid a row over key issues such as routes, financing and the duration of the management contract. According to Aviation Ghana, EgyptAir made a “better offer” than its Ethiopian counterpart.

The Egyptian-Ghanaian agreement now requires approval from the Ghanaian parliament to proceed with implementation.

In a strategy aimed at gaining a competitive advantage over its Egyptian competitor, the state-owned Ethiopian airline holds constant talks with a number of African countries to acquire stakes and run operations.

Amani el-Tawil, a researcher with Al-Ahram Center for Political and Strategic Studies, noted that Ethiopia has always had concerns about Egyptian influence in Africa and seeks to confront it.

Egypt and Ethiopia have sharp differences, most notably concerning the hydroelectric dam that Addis Ababa is building on the Blue Nile. Cairo fears its effects on its water security.

Tawil told Al-Monitor, “The deal between Egypt and Ghana is an achievement. The Egyptian companies’ attention to Africa will economically benefit Cairo and consequently will lead to political support of its regional role.”

Pilot and president of EgyptAir Amr Abu el-Enein said in an Oct. 22 statement, “We are pleased with the confidence of the Ghanaian government in choosing and preferring EgyptAir for this strategic partnership. … The new company is expected to launch its lines across Africa, connecting it with countries of North and South America.”

EgyptAir previously cooperated with Ghana in 2018. EgyptAir Maintenance and Engineering signed a contract with the Ghanaian Ministry of Civil Aviation to establish a technical service center for airlines operating to and from Kotoka International Airport in the capital, Accra.

Ghana has been without a national airline for a decade since the collapse of Ghanaian International Airlines. But the country harbors ambitions for its capital, Accra, to become an aviation hub in West Africa.

At a time when EgyptAir seeks to develop and modernize its air fleet, the Egyptian government plans to expand the airline’s African network to reach all African capitals, Minister of Civil Aviation Amjad Aref told parliament in April 2019.

He said most of EgyptAir's routes in Africa are “political lines,” indicating that EgyptAir does not bring in money and does not receive any financial support from the government to maintain the lines at a loss.

Galal said that the deal between EgyptAir and the Ghanaian government shows Egypt's desire to expand its air transportation activities in the African continent. He added that Africa is a promising market in the field of air navigation and air traffic.

“This was a good step, in light of the difficult economic conditions that the civil aviation sector is enduring due to the coronavirus pandemic. This step will bear fruit … after the recovery of air traffic,” Galal asserted.

EgyptAir incurred losses of 3 billion Egyptian pounds (around $191 million) during a lockdown period during the coronavirus pandemic, Zakaria told Al Arabiya in September. Zakaria added that despite the resumption of air operations, the company has seen these losses improve, though they remain between 500 million ($32 million) and 600 million Egyptian pounds ($38 million) per month.

In September, the Egyptian Ministry of Finance vowed to secure three billion Egyptian pounds ($191 million) in long-term financing from the Central Bank of Egypt to help maintain Egyptair's operations, placing it in a position to support Ghana in relaunching its national carrier.

The recent agreement comes at a time when the International Air Transport Association expects aviation demand to rise to 45% of 2019 levels, with nearly 70 million passengers in Africa in 2021. A full return to 2019 levels is not expected until late 2023.