NATO in unprecedented bid at in-house deconfliction between Turkey, Greece

NATO has made a timely attempt to defuse tensions between fellow members Turkey and Greece, but the initiative comes with many questions. 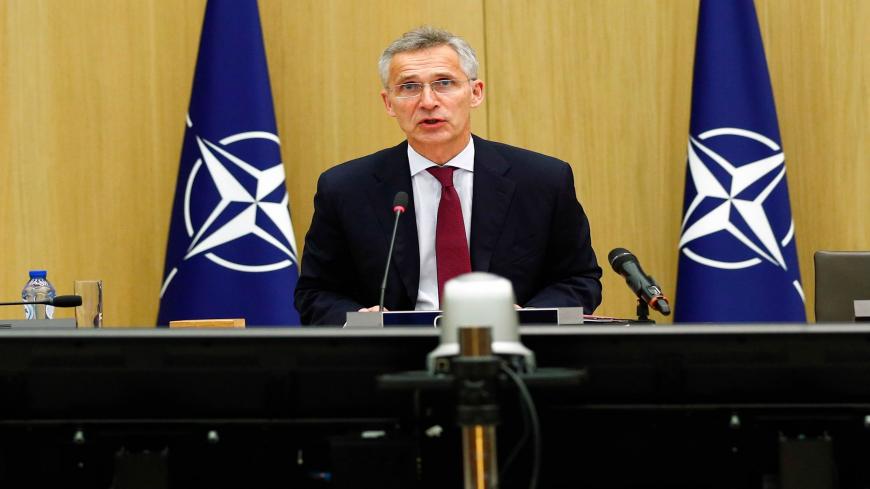 In an unusual effort to mediate between fellow members, NATO has stepped in to ease the maritime row between Turkey and Greece, which has been escalating since early June amid signs of growing increasingly militarized in the past several weeks.

NATO Secretary-General Jens Stoltenberg announced Sept. 3 that Ankara and Athens had agreed “to enter into technical talks at NATO to establish deconfliction mechanisms to reduce the risk of incidents and accidents” in the eastern Mediterranean, where a multilateral rivalry over energy resources has exacerbated long-running territorial disputes between the two neighbors.

A meeting between Turkish and Greek military delegations, initially planned for Sept. 8 at the NATO headquarters in Brussels, was rescheduled to Sept. 10. Turkish Defense Ministry sources blamed the Greek side for foot-dragging even on deconfliction, let alone diplomacy.

According to a Turkish Defense Ministry statement, the two sides “exchanged views” as part of discussions of “measures to prevent any potential interferences by military elements” during the Sept. 10 meeting. The statement said that “a follow-up meeting is planned to be held in the coming days.”

The meeting seems to have been an icebreaker rather than an actual discussion, with the deconfliction effort expected to continue in the form of a series of technical talks. Can NATO pull the mediation mission off and keep the two sides at the negotiating table?

Germany, which has been at the forefront of efforts to defuse tensions in the eastern Mediterranean, has failed to achieve any meaningful results thus far, with German mediation welcomed by Ankara but met with reluctance by Athens.

Greece believes to be in a strong position diplomatically and has little interest in de-escalation, given that Turkey is diplomatically isolated and unable to enlist support from European Union members. The EU is considering sanctions against Turkey unless it stops unilateral hydrocarbon explorations in disputed waters, with the next EU summit scheduled for Sept. 24.

From Ankara’s perspective, the EU can no longer be an impartial mediator.

The United States used to deal with Turkish-Greek rows in the past. In the memorable 1996 crisis in the Aegean Sea, mediation by then-President Bill Clinton and then-Assistant Secretary of State Richard Holbrooke pulled the two neighbors from the brink of military showdown over a disputed cluster of islets, known as Kardak in Turkish and Imia in Greek. Today, however, Washington lacks enough diplomatic influence in the region to play the mediator.

The NATO-mediated deconfliction effort stands a chance to succeed, provided that both sides show commitment to the process and NATO pursues a somewhat coercive style not only at the technical talks but also on the ground, where military traffic has alarmingly increased, both at sea and in the skies.

Drone flights are the main factor complicating things in the air. Neither Ankara nor Athens have any experience in planning drone flights as part of deconfliction. “We hope that NATO has a road map,” a Turkish military expert told Al-Monitor.

A NATO attempt to draw up a common Recognized Air Picture — theoretically a complete listing of all aircraft in flight within a particular airspace — in the Aegean and the eastern Mediterranean and the support it gets from Ankara and Athens for such a purpose will be an important parameter in whether the deconfliction effort succeeds or not.

Command and Control (C2) responsibilities and rules of engagement are another thorny area in the deconfliction mission. According to Turkish media reports, Ankara delegated engagement authority to navy captains and pilots in late August, meaning that those officers are now allowed to assume action without notifying Ankara. Judging by a minor collision incident last month, their Greek counterparts appear to have been authorized in the same way. A Greek navy frigate reportedly made contact Aug. 12 when its bow touched the stern of a Turkish frigate after Ankara dispatched a geological survey vessel, escorted by warships, to comb a disputed area for gas deposits.

Sources in Ankara say the collision was the trigger that led NATO to step in.

NATO will now likely seek to impose certain terms on Ankara and Athens regarding C2 responsibilities and rules of engagement. How the two sides respond to such demands will bear on the outcome of the deconfliction effort. At the end of the day, a successful NATO mediation should bring Turkey and Greece into an agreement to observe certain minimum distances between their respective aircraft and ships.

Another crucial aspect of deconfliction is direct communication on various levels between the two parties. Establishing hotlines between Ankara and Athens to avoid misunderstandings and ensuring that they function properly without damaging the trust of either side would be of vital importance.

How NATO could achieve all this is a curious question for NATO itself because the alliance, resting on the idea of collective defense, was never designed to arbitrate between member states. So, it is hardly a surprise that NATO has been paralyzed over the conflict between a self-detached Turkey and a self-obsessed Greece.

Nevertheless, the crisis appears unlikely to devolve into a full-fledged military confrontation down the road. Neither Ankara nor Athens would like to be a party igniting a conflict between NATO allies, no matter how unhappy they are with the current situation. Still, the drone traffic as well as human trafficking in the Aegean could lead to military faceoffs despite all NATO efforts.

The illegal passage of migrants from Turkey’s western shores to nearby Greek islands is a major source of tensions that makes deconfliction necessary, even though it is not an area in which NATO would like to get involved. Boats carrying migrants might well spark an unwanted military confrontation one day, as evidenced by the Aug. 11 faceoff between gunboats of the Turkish and Greek coastguards after the latter opened fire on a migrant-laden boat between the Greek island of Rhodes and Turkey’s coastal town of Marmaris, injuring a Syrian and two Turkish nationals. Imagine that Greek gunboat fire kills a Turkish soldier or vice versa in such an incident. It is a grave scenario that could dangerously escalate the crisis.

What deconfliction proposals NATO will make to the two sides remains to be seen, but the risks stemming from the migrant traffic should not be overlooked.

The NATO initiative is, of course, laudable, but the crisis shows to what extent political dynamics between member states can impact the whole cohesion of the alliance. Turkey’s strategic divisions with other members, including France and the United States besides Greece, are growing over an array of issues such as Libya, Syria, Iraq, Russia and the energy rivalry in the eastern Mediterranean.

NATO is now facing up to an unusual task of in-house deconfliction, the outcome of which will be closely watched by Moscow.