Why Turkey-Greece islands confrontation is more than it seems

Turkey sees a chance to offset its withering hope of being invited to join the European Union by working on relationships elsewhere. 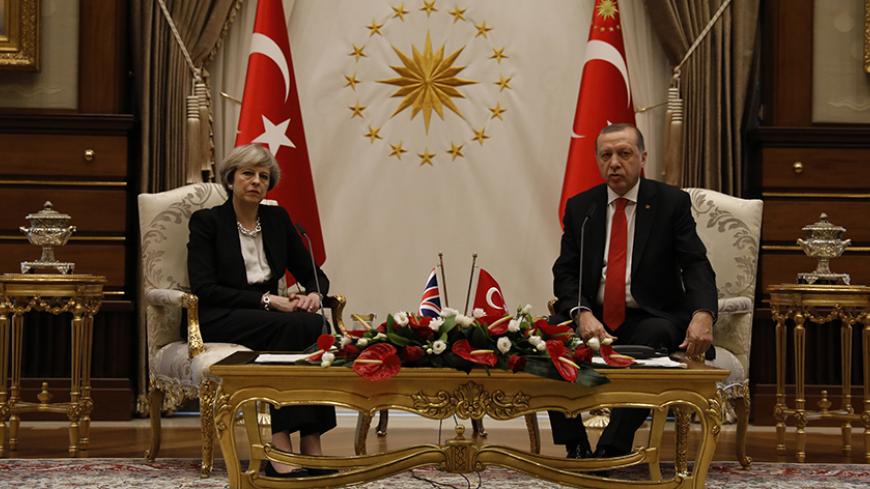 This week's revival, after two decades, of the Kardak rivalry between Turkey and Greece is less about those countries' relationship and more about Turkey thumbing its nose at the European Union.

Turkish citizens younger than 20 or even 30 years of age don't have a clue what Kardak is. But middle-aged and older Turks know that Kardak was the last serious crisis that almost brought Turkey and Greece to the brink of war. That was at the end of January 1996.

Kardak is the Turkish word for a pair of tiny islets in the Aegean Sea. In Greece, they are known as Imia. Except for a few goats, in 1996 no life had been detected on the islets, which lie between the Greek island Kalymnos and Turkey’s Bodrum Peninsula on one of the most beautiful parts of the Aegean. To Greece, the islets are Greek territory; for Turkey, they are in “gray zones” — meaning “undetermined sovereignty by Turkey” — and therefore Greece cannot claim them. The Turkish population believes Kardak is part of Turkish territory and thus has to be under Turkish sovereignty.

Having a total of only 10 acres of surface, the Kardak islets naturally have no strategic value at all.

Nonetheless, due to a variety of reasons — not necessarily rational ones — back then, Kardak became the venue of a dangerous confrontation between the two NATO allies. The standoff was defused and war was averted.

On the 21st anniversary of the Kardak standoff this week, tension over those two small islets was renewed. A Turkish navy missile boat, accompanied by two special forces speedboats, was seen around the islets Jan. 29. On board was Turkish Chief of Staff Gen. Hulusi Akar. Greek coast guard vessels deployed immediately and, according to the Greek Defense Ministry, the Turkish top commander left within seven minutes. The Turkish version did not mention that Akar was forced to withdraw, but rather implied that, following Greek harassment, he returned to Bodrum.

The incident created an uproar in Greece. The Greek dailies carried it in their headlines Jan. 31. The most inflammatory headline came from the right-wing Dimokratia: “The Enemy is at the Threshold of Our Door.” Mass-circulation Ethnos asked “Where do Turks Want to Lead Us?” For Eleftheros Typos, the incident was a “Provocation Theater in the Aegean.”

Regardless of how Greek and EU circles viewed the event, Turkey was displaying its discontent with Greece's decision Jan. 26 not to extradite eight Turkish military officials that had sought political asylum in Greece after the failed coup in Turkey in July. Greece's rejection greatly angered Turkey, which then raised the Kardak issue. Foreign Minister Mevlut Cavusoglu said all of Turkey's treaties and agreements with Greece would be scrutinized, and the Turkish chief of staff “visited” Kardak.

Turkish leaders fear that Greece's refusal to turn over the officials could serve as a precedent in Germany, where more than three dozen high-ranked Turkish military officials are seeking asylum after being recalled from their NATO posts following the July 15 failed coup.

According to The Times daily in Britain, the Turkish purges “appear to have extended far beyond the small group of Gulenists within the military to include secularists and any other officers not loyal" to President Recep Tayyip Erdogan, and “some of those caught up in the crackdown have warned that vacant NATO positions are being filled by Turkish officers who harbor anti-Western, pro-Russian sentiments.” The Times had published an EU intelligence report, which was leaked in January, that contested Erdogan's allegations that the failed coup was masterminded by cleric Fethullah Gulen, public enemy No. 1 for the Turkish government.

All these signals indicate to Erdogan and his followers that Turkey’s prospects of joining the EU remain extremely dim. The EU member countries not only resisted Turkey's extradition demands, but also went the extra mile of delegitimizing Turkish claims, which Turkey sees as rubbing salt in the wounds.

Greece is the weakest link of the EU in the eyes of Turkish decision-makers. Turkey checks the refugee flow through the Aegean, thanks to a deal with the EU. Therefore, Turkey's move is more of a warning to the EU rather than a military threat to Greece.

Turkey is in no position to take military action on multiple fronts. It could not even capture the small Syrian town of al-Bab from the Islamic State. The military picture at al-Bab led to speculation that Turkey’s saga in Syria is nearing its end because of a deal Russia reached with the Syrian regime. Erdogan fueled such speculation with his remarks last week: “It is necessary to finish the job in al-Bab and not go deeper down. The work done is in this direction." The same Erdogan had said in November that Turkey, after capturing al-Bab, would march over to Manbij and then to Raqqa.

What happened at Kardak a few days ago has more political significance than military. It was aimed at the EU, via Greece.

It should be noted that Turkey's negativity toward the EU is emboldened by the United Kingdom's decision to leave the EU (Brexit) and US President Donald Trump’s election. It was no coincidence that British Prime Minister Theresa May was Trump’s first guest at the White House, She then flew from Washington to Ankara to be hosted by Erdogan at his palace.

The result was a 100 million pound ($126 million) defense contract to help develop fighter jets for the Turkish air force. May said the agreement "underlines once again that Britain is a great, global, trading nation."

She said the United Kingdom will enhance trade relations with Turkey, and Erdogan said his country will increase trade with the United Kingdom to $20 billion a year from $15.6 billion. He added, "It marks the start of a new and deeper trading relationship with Turkey and will potentially secure British and Turkish jobs and prosperity for decades to come."

The development is strikingly important in terms of the new geopolitics of Erdogan’s Turkey. Having onboard Great Britain, which was “Brexited” from the EU, and perhaps the United States of Trump in the near future, and with the good graces of Russia’s Putin, in the eyes of the Turkish leadership, "Who cares about Europe!”