Palestinian diplomat: 'No honor' in Arab rush to normalization

The Palestinian Authority withdraws its chairmanship of the Arab League. 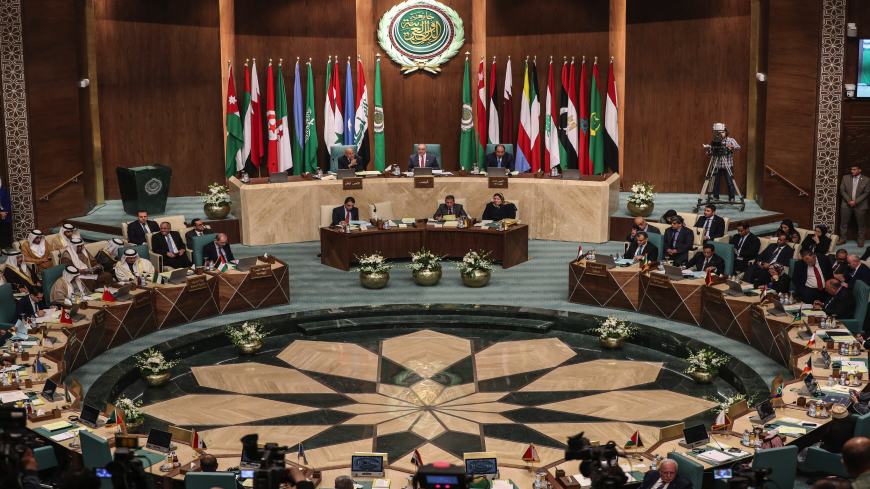 Palestine gave up its chairmanship of the Arab League on Tuesday in protest of the United Arab Emirates' and Bahrain’s normalization agreements with Israel.

The Palestinian Authority (PA) was due to head the Arab League into 2021. However, PA Foreign Minister Riyad al-Maliki said on Tuesday that they have now stopped their chairmanship. “There is no honor in seeing Arabs rush toward normalization,” he said, according to Reuters.

Palestinians are angry over the UAE and Bahrain signing agreements to establish full diplomatic and economic relations with Israel in Washington last week. Before the two recognized Israel, only Jordan and Egypt had full relations with Israel in the Arab world. Israel agreed to halt its planned annexation of parts of the West Bank, which Palestinians envision as part of a future state, in exchange for the UAE agreeing to normalize ties. Palestinian territories the West Bank and Gaza are both considered by most of the international community as occupied by Israel.

The Arab League is a regional organization comprised of countries with an Arabic-speaking majority. Though not an independent country, Palestine is recognized by countries in the region and maintains membership in the League. The PA, which controls the West Bank, conducts Palestine’s duties in the Arab League. Leadership of the league rotates between member nations.

Earlier this month, the Arab League declined to adopt a resolution from Palestine to condemn the Gulf states’ actions. Syria, which may have been more supportive of the Palestinian position, is suspended from the Arab League over its role in the Syrian civil war.

Some groups in Gaza fired rockets into Israel this week in response to the normalization. Hamas, the rival of the PA that controls the enclave, is also opposed to the UAE and Bahrain on the issue.

The UAE and Israel are continuing to further their ties in spite of Palestinian opposition. Last week, Israel's and the Emirates’ diamond exchanges signed an agreement and pledged to open offices in each other’s countries.