Yossi Beilin, who participated in the back-channel negotiations leading the 1993 Oslo Accord, pens an open letter to the Palestinian president calling on him to stay focused on making peace. 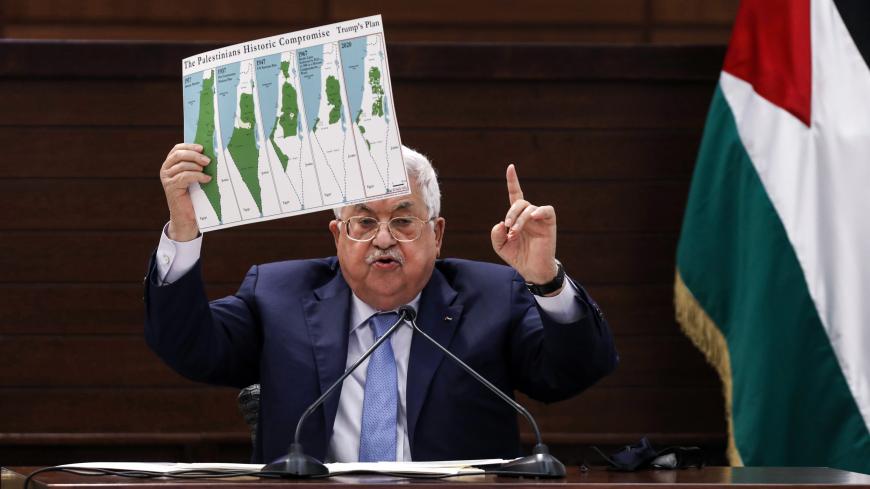 Exactly 25 years ago you, secretly, came to my office in Tel Aviv to celebrate the end of an almost two-year effort on a draft for a Palestinian-Israeli permanent agreement. The two negotiators on your side were Hussein Agha and Ahmed Khalidi; my representatives were Yair Hirschfeld and Ron Pundak. We raised a toast with orange juice, because you never drink alcohol.

You were very excited about the fact that for the first time, a detailed plan for peace, accompanied by maps, was agreed upon by Israelis and Palestinians. I promised to show it to Prime Minister Yitzhak Rabin, in whose Cabinet I served as minister for economy and planning. You promised to show it to President Yasser Arafat. A few days later, Rabin was assassinated, and the plan was shelved by his successor, Shimon Peres. Our joint paper, known as the Beilin-Abu Mazen Agreement, became the cornerstone of all the following peace plans, from the Clinton Parameters of 2000 to the very problematic Trump plan of 2020.

We had met for the first time only two years earlier, in the White House, only after the signing ceremony of the Oslo Agreement, which both of us had controlled from a distance.

We tried our best to shorten the interim period (the five years specified in the Oslo Agreement until the signing of the permanent agreement) in order not the allow the zealots on both sides to thwart peace.

We failed. They succeeded in turning the interim agreement into a very long one. In spite of all the hurdles, it is still our role to achieve a permanent solution based on the important work that has been done toward one over the years.

Any such solution would be based on the border before the 1967 war, with minor and equal modifications, and establish a nonmilitarized but fully independent Palestinian state. It would meet the challenge of the Palestinian refugees, through financial and symbolic ways. The Palestinian capital would be in East Jerusalem, but the city of the two capitals would be open, and the holy places would be handled in a way that respects the believers of the three monotheistic religions. We should consider seriously the option of an umbrella of a Palestinian-Israeli confederation to enable the two-state solution.

Recent developments involving the normalization agreements between Israel and some Arab countries are infuriating you, believing as you did that the Arab world would not normalize relations with Israel as long as there was no peace treaty between Palestine and Israel. You understand now that it was impossible to keep such a collective commitment for more than 18 years.

I am sure that you understand that condemning and using epithets against these Arab countries, calling back the Palestinian ambassadors from these nations and defying the American administration are not conducive to an effective policy. This is a moment in which both of us, Israelis and Palestinians who believe that peace is a vital part of our national interests, must understand that the solution will come from us.

None of us becomes younger and time is running out. Another generation of Palestinians in poor and densely populated refugee camps means that the current Palestinian leadership needs to take upon itself a very heavy responsibility. A situation in which a Jewish minority is dominating — directly or indirectly — a majority of Palestinians is a huge blow to the idea of Israel as a Jewish-Democratic state. Only we — Palestinians and Israelis — can redeem each other.

At the end of the day, it is you and us, on a very small piece of land, with conflicting narratives. We are sure about the righteousness of our different ways but mature enough to contain the story of the other side.

We pray that violence will not occur, but we also know that if we do nothing, it will not take much to reignite hatred and the wish to avenge.

I do not underestimate the difficulties on your side. This is not the way you wanted to have your presidency. The rift between the West Bank and the Gaza Strip is a tragedy, and even if we make peace, it may first be implemented only in the West Bank.

But, please, do not adopt the common view that those difficulties will prevent you from making peace. You have unique advantages no successor will have. You are "the last Mohican," one of the few founding fathers of the Fatah movement, and any agreement you sign would be respected by the world.

Do not underestimate these advantages. Any successor will need years before he or she achieves your status. If any Palestinian leader can make peace today, it is you.