The latest round of Israeli-Palestinian peace talks could benefit from the compromise, pragmatism and determination that led to Oslo in 1993. 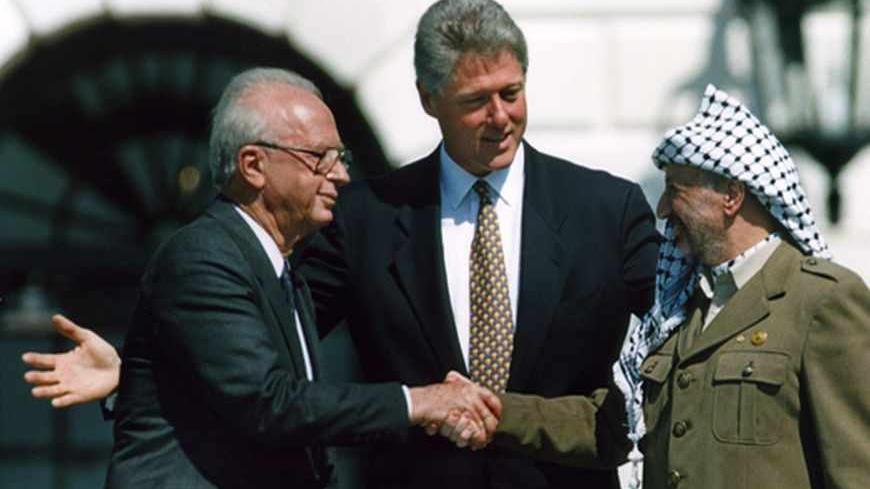 President Clinton brings Israeli Prime Minister Yitzhak Rabin (L) and PLO Chairman Yasser Arafat together for a historic handshake after the signing of the Israeli-PLO peace accord at the White House, Sept. 13, 1993. - Reuters 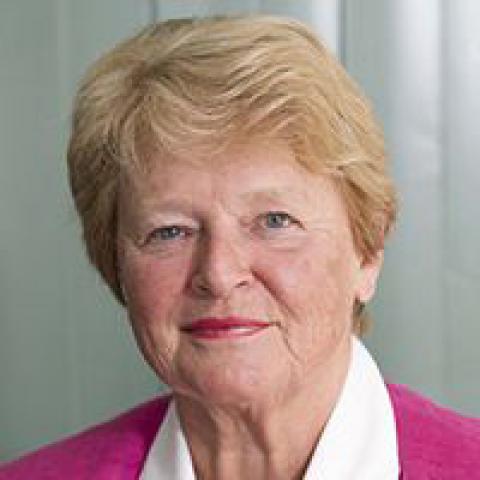 Twenty years ago this week, the first Oslo Accord was signed in Washington. Shaking hands on the White House lawn before US President Bill Clinton, Israeli Prime Minister Yitzhak Rabin and Yasser Arafat, chairman of the Palestine Liberation Organization (PLO), agreed to embark on a peace process to end decades of conflict.

I remember that day well. Along with a great many people across the world, both within and outside the Middle East, I was hopeful about the historic agreement. As prime minister of Norway at the time, I also felt a sense of joy that the talks between the Israeli and Palestinian negotiators who had worked tirelessly in secret over the previous nine months, in and around Oslo, had produced unexpected results.

The Israelis and the Palestinians had made a breakthrough of tremendous significance, recognizing each other’s legitimacy for the first time. The agreement was to be the first step on the road to a permanent resolution to the conflict, based on the principle of two states — one Israeli, one Palestinian — living side by side in peace.

But the story since that day has been one of bitter disappointment, punctuated by surges of confrontation. Cycles of violence and recrimination have derailed the Oslo process. The tragic assassination of Prime Minister Rabin in 1995, the violence committed by both sides during the second intifada of 2000-2005, the blockade of Gaza and the split in the Palestinian camp were only a few of the countless blows to the peace process.

Just as damaging have been the physical developments on the ground that could soon permanently shut the door on a two-state solution. This would be catastrophic for both Israel and the Palestinians. The time remaining to avert this situation is running out; the leaders of both sides must act together now before it is too late.

A back channel to peace

When what became known as the "Oslo talks" began in the small city of Sarpsborg in January 1993, their aim was quite modest. The official negotiations between the Israelis and Palestinians were in fact taking place across the ocean in Washington. As they had reached a standstill, the idea was that the back channel meetings in Norway between Israel and the PLO would help the main talks to progress. It was hoped that this smaller group — working far from the media glare — could overcome the gridlock and feed the results back to the talks in Washington.

By late spring, the secret talks in Norway had become the principal arena for negotiations. These talks had one major asset: As they were held in total secrecy, the negotiators were spared from engaging in the negative public posturing that often accompanies such discussions. The intimate setting also enabled an atmosphere of friendliness and trust to develop, paving the way for difficult compromises to be made.

Indeed, the signing of the accord on Sept. 13 in Washington appeared to embody a new positivity and spirit of cooperation on the part of all those involved. Although this was only the starting point in a long process, it was clear that the Israelis and Palestinians had achieved something that most had dismissed as improbable. Perhaps we were too optimistic about the prospects for peace following Oslo. But the mutual determination shown by both sides to take these difficult first steps bred confidence that a final settlement could be reached.

From breakthrough to breakdown

Twenty years after the first Oslo Accord, we must admit that the peace process has fallen desperately short of expectations. The initial five-year deadline for achieving a permanent agreement has passed so long ago that most people have forgotten about it. Despite there being Palestinian state-like institutions now that did not exist before, a major problem has been the overwhelming power imbalance between the Israelis and Palestinians. The Oslo process inadvertently cemented this imbalance. When one party to a conflict negotiates from a position as the occupied, and the other as the occupier, they do not have the same incentives for negotiation. They do not negotiate as equals.

Since Nelson Mandela formed our group in 2007, my fellow Elders and I have traveled to the region together three times. Each time, we have seen firsthand just how quickly the possibility for a two-state solution has been vanishing. When I visited Israel and the West Bank with Jimmy Carter and Mary Robinson last October, the situation on the ground was worse than we had ever seen.

We saw how Israeli settlements — considered illegal under international law — continue to be built and expanded in the West Bank faster than ever. These actions are making the creation of a viable Palestinian state increasingly impossible. There are now well over half a million Jewish settlers in the West Bank and East Jerusalem. In the West Bank, the number has increased by over three times since 1993.

Through its determined continued construction of settlements, Israel has in some respects benefited from the failure of the Oslo process. But in deeply damaging the Palestinians’ prospects for statehood, I believe Israelis are in fact undermining their own state. If there is to be no state of Palestine, there can be no Jewish and democratic Israel. If the minority Jewish population dominates the Arab majority in a bi-national or unitary state, what kind of society would that be? Would it truly offer lasting peace and security to all its citizens?

The final opportunity for a just and lasting resolution

While the situation on the ground has deteriorated since the first Oslo Accord, the principle basis for a just peace remains the same. It is only through a two-state solution that the peace, security and national aspirations of both Israelis and Palestinians can be fully realized. But the time left to pursue this solution is coming to an end.

The recent efforts by US Secretary of State John Kerry to restart peace talks should be commended, as should the revival of the Arab Peace Initiative and the new assertiveness on the part of the European Union. Taken together, these moves possibly represent the final opportunity for Israelis and Palestinians to reach a just and lasting resolution to the conflict.

Perhaps the one thing that Oslo taught us is that a group of courageous Israelis and Palestinians has the capacity to overcome apparently insurmountable differences. When they are serious about doing business, they can achieve results. Two decades later, it is time to summon up that same spirit of compromise, pragmatism and determination.

Gro Harlem Brundtland is a former prime minister of Norway and a member of The Elders, a group of independent leaders convened by Nelson Mandela in 2007, who work for peace, justice and human rights.

This article is part of a series of articles about the 20th anniversary of the Oslo Accords published on The Elders’ website.