Rep. Gerry Connolly said he was "shocked to learn" the State Department had issued a certificate of immunity for Egypt's former prime minister. 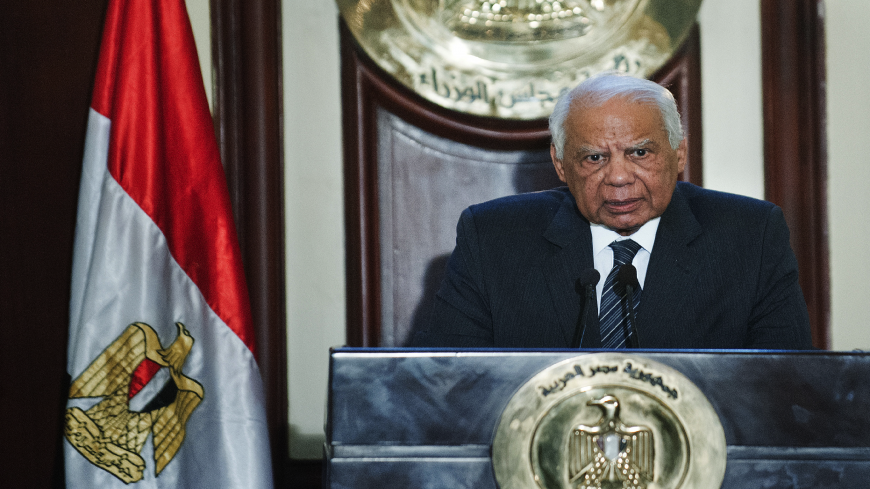 A growing chorus of lawmakers wants to know why the Trump administration says Egypt’s ex-prime minister should be immune from prosecution in a lawsuit brought by a US citizen accusing him of torture.

In a letter to Secretary of State Mike Pompeo, Rep. Gerry Connolly (D-Va.) said he was "shocked to learn" that the State Department had “taken the grave step of attempting to immunize from accountability state-sanctioned torture” when, at the request of the Egyptian government, it certified the immunity of former interim Prime Minister Hazem el-Beblawi.

“I am deeply concerned about the circumstances surrounding this issuance and the impact it will have on an ongoing legal matter,” said Connolly, chair of the House subcommittee overseeing government operations, in the letter obtained by Al-Monitor.

The lawsuit in question was filed by Mohamed Soltan, a Virginia-based human rights activist who says Beblawidirected the brutal torture he endured as a political prisoner in Cairo between 2013 and 2015. Soltan is suing Beblawi in the US District Court in the District of Columbia under the Torture Victim Protection Act, a US law that makes it possible for victims of state-sponsored torture to file civil suits against the foreign officials deemed responsible.

Why it matters:  Beblawi, who now works at the International Monetary Fund (IMF) in Washington, DC, wants the case dismissed. In court filings, his lawyers have said the lawsuit could “compromise” the US-Egypt relationship and “pose a threat to significant long-standing policy interests.”

His legal team has also argued Beblawi should be immune from liability in the suit. The State Department indicated as much in a July letter to Beblawi's defense, writing that its records show the former prime minister holds the title of “principal resident representative” and is therefore entitled to "the same privileges and immunities as are accorded to diplomatic envoys."

Questions mount:  In his letter to Pompeo, Connolly points out that the State Department declared Beblawi immune despite warnings from human rights groups that Cairo was retaliating against Soltan’s family in an attempt to silence him. Egyptian security forces arrested his cousins during overnight raids on their homes in June, and Soltan’s father, a US green card holder, was moved from his prison cell to an undisclosed location where he hasn’t been heard from since.

Given the apparent reprisals, Connolly has asked whether the State Department ever considered denying Egypt’s request to certify Beblawi as a "principal resident representative" or revoking it once it was offered. He’s also seeking more information on when the United States first granted the status and under what circumstances.

Growing pressure:  Connolly joins a number of lawmakers who have raised Soltan’s case with the State Department. In a letter last month, 40 House members called on Pompeo to hold Egypt accountable over its targeting of US citizens and others with close ties to Americans, including Soltan’s family.

Senator Patrick Leahy (D-Vt.) is also seeking more information on how Beblawi’s immunity certification came together. He’s asked the State Department for a copy of the notice that Egypt sent the US government regarding Beblawi's position when he was named to the IMF board in 2014.

Know more:  Get up to speed on Soltan’s lawsuit, and read more from Elizabeth Hagedorn on how Congress is weighing Egypt-US relations in light of the government’s ongoing human rights crackdown.