Mohamed Soltan’s lawsuit against the former interim prime minister of Egypt has thrust the longstanding practice of diplomatic immunity into the spotlight. 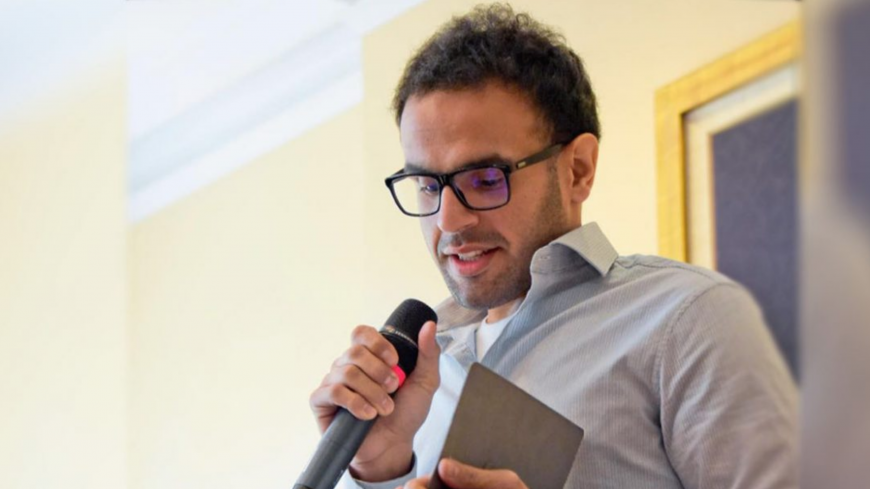 A US citizen seeking his day in court must first convince the judge that the man he accuses of orchestrating his torture in Egypt should not be immune from prosecution.

Former Egyptian Prime Minister Hazem el-Beblawi is named as the defendant in a recent lawsuit filed in the US District Court in the District of Columbia by human rights activist Mohamed Soltan.

Soltan, a 32-year-old Egyptian-American, said the extreme torture he experienced during the nearly two years he was held as a political prisoner in Cairo was “the direct results of actions taken by the highest levels of the Egyptian government,” including by Beblawi. Following the Egyptian military's removal of Mohammed Morsi of the Muslim Brotherhood as the country's president in July 2013, Beblawi served as interim prime minister until March 2014.

Beblawi is at least physically, if not legally, within US jurisdiction. The former Egyptian leader currently lives in McLean, Virginia, and sits on the executive board of the International Monetary Fund (IMF) in Washington.

Soltan, who also works in Washington, filed his lawsuit under the Torture Victim Protection Act. The 1992 law provides victims of state-sponsored torture with a mechanism to sue for damages if their alleged perpetrators, including former foreign government officials, are in the United States.

“It’s not just about me and everything that I’ve endured,” Soltan told Al-Monitor. “It’s also about deterrence and the prevention of torture.”

Soltan, who was shot and jailed with thousands of others for participating in a peaceful sit-in in August 2013, spent much of his 643-day imprisonment languishing in solitary confinement, the suit alleges. He shed 160 of his 270 pounds while on a hunger strike before the US government successfully facilitated his release.

Soltan accuses Beblawi of coordinating with other Egyptian officials to carry out “a campaign of indiscriminate killing, mass incarceration, and brutal torture” against citizen journalists like himself who live-tweeted a massacre of protesters in Cairo’s Rabia Square. Should his lawsuit succeed, Soltan hopes officials “will think twice before ordering abuses.”

But in an effort to dismiss the case, Beblawi’s lawyers have argued that he is a diplomat and therefore should be immune from liability in the suit. The Donald Trump administration seems to agree.

In a letter sent to Beblawi’s defense July 7, the US State Department’s Office of Foreign Missions declared that the former premier, according to its records, holds immunity as a “principal resident representative” of Egypt to the IMF, effective Nov. 2, 2014. He continues to serve in that capacity, the letter said, entitling him to "the same privileges and immunities as are accorded to diplomatic envoys."

“We don’t know why the State Department wrote the letter,” said Eric L. Lewis, Soltan’s lawyer. “We presumed that the US would not have an interest in giving [Beblawi] immunity or agreeing to immunity when an American citizen was tortured for 22 months.”

Soltan, who now advocates for other Americans held in the Egyptian government’s continued crackdown on activists, has worked with the Trump administration to bring home a number of high-profile detainees. That the US government has certified the immunity of the man he blames for his imprisonment, Soltan said, “only strengthens my resolve and conviction that I am on the right side of issues.”

But even with declarations of immunity from both the US and Egyptian governments, Soltan’s legal team said that Beblawi’s employer, the IMF, must also certify his status as a “principal resident representative” pursuant to the terms of the relevant United Nations treaty.

Reached for comment, an IMF spokesperson said the agency would not answer questions while the litigation is ongoing.

Typically, IMF officials are only entitled to immunity for acts taken during their official duties, which is why former director Dominique Strauss-Kahn was unable to escape prosecution when a Manhattan hotel mail accused him of sexual assault. But were an IMF employee to hold the added title of “principal resident representative,” they would be afforded the same, full range of immunities provided to diplomatic envoys.

“I wouldn’t be surprised if the government of Egypt pursued this additional status because they knew he would be at risk if he entered the United States,” said Scott Anderson, a fellow in governance studies at the Brookings Institution and former attorney-adviser at the State Department.

Questions over Beblawi’s immunity and why the US government chose to certify it — when it wasn’t legally obligated to — have drawn the attention of a number of members of Congress.

Vermont Democratic Sen. Patrick Leahy told Al-Monitor in emailed comments that the Vienna Convention, which is the UN treaty that outlines diplomatic immunity, “serves an important purpose and should be respected, but neither the State Department nor the IMF should do anything that is not required by the treaty and that would prevent justice from being done in this case.”

Leahy has asked the State Department for a copy of the notice that Egypt sent the US government regarding Beblawi’s position when he was named to the IMF board in 2014.

Neither Beblawi’s lawyers nor the Egyptian Embassy in Washington returned a request for comment. But in a recent court filing, Beblawi’s defense referred to Soltan’s recent motion to stay the court proceedings as “a desperate attempt to delay dismissal of a politically motivated lawsuit against a fully accredited and immune diplomat.”

Beblawi’s lawyers have expressed concerns that the lawsuit could “compromise the United States’ sensitive relationship with Egypt and pose a threat to significant long-standing policy interests” and have filed a motion to dismiss the case.

“He is not necessary to the Egyptian-US relationship,” Lewis said, pointing out that Beblawi represents 11 countries — not only Egypt — in his role at the IMF. “This is just the Egyptians trying to get him a get out of jail free card.”

At $1.3 billion annually, Egypt remains the second-largest recipient of US military aid. The administration of President Donald Trump, who reportedly referred to Egyptian President Abdel Fattah al-Sisi as his “favorite dictator,” has maintained that assistance despite concerns over the country’s dire human rights record.

In a letter to Secretary of State Mike Pompeo last week, 40 members of Congress led by Democratic Reps. Adam Smith of Washington state and Ted Deutch of Florida urged the administration to hold Egypt accountable over its mounting human rights violations. The lawmakers cited the Egyptian government’s targeting of US citizens and others with close ties to Americans, including Soltan’s family.

For the past two months, Soltan’s relatives in Egypt have been subject to what Human Rights Watch has described as an “ongoing harassment and intimidation” campaign aimed at silencing him. Days after Soltan filed his lawsuit in June, Egyptian security forces raided the homes of his relatives and arrested five of his cousins.

His father, Salah Soltan, is serving a life sentence in Egypt for his role in the now-outlawed Muslim Brotherhood. The prominent Islamic scholar, who is a legal permanent US resident, was moved to an undisclosed location in mid-June and hasn’t been heard from since.

Soltan describes the apparent reprisals against his father and cousins as “a clear attempt at derailing a US legal proceeding.”

"Will it work? No," he said. "I will not be intimidated into silence."