Financial incentives might be provided to the Palestinian Authority following the normalization deals between the UAE-Bahrain and Israel, however no change is in sight without a full Palestinian consensus. 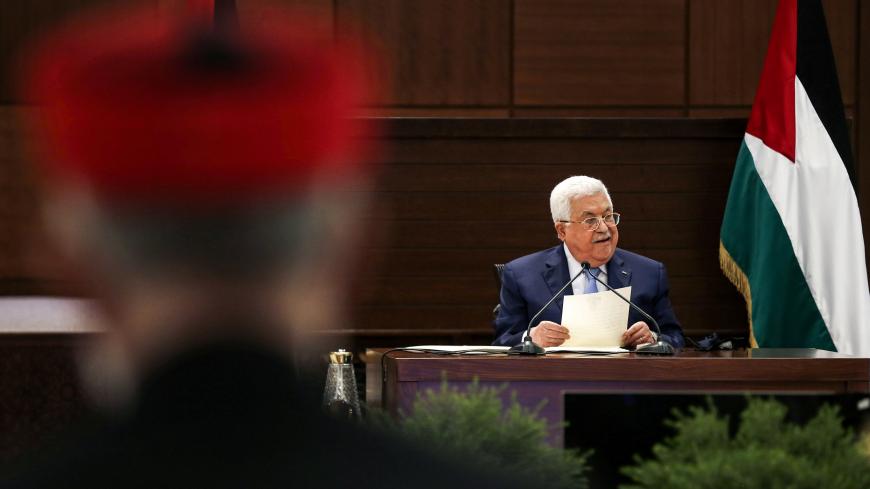 In normal times, persistent pressure and the combined use of carrots and sticks generally softens most political leaders. But when dealing with a decades-long conflict like the Palestinian-Israeli one and with a stubborn leader like President Mahmoud Abbas, pressure often produces the opposite results.

The Palestinian leader’s position appears to have surprised the US president and his inner circle. Speaking to reporters Sept. 16, President Donald Trump revealed his financial pressure tactics toward the Palestinians. He bragged about his cutting off $750 million of annual support to Palestinians while pressuring Arab countries to follow suit.

Trump claimed that the two Gulf countries that have normalized relations with Israel will stop funding the Palestinians. However, UAE Minister of Economy Abdullah bin Touq Al Marri hinted that instead of cutting off aid, the United Arab Emirates is considering investing in both Israel and the Palestinian territories, saying that the UAE and Israel are planning to include some Palestinian areas in their bilateral economic engagements.

So far, the Palestnians have dug in in opposition to the accords, a position that gained further strength when David Friedman, ambassador to Israel, stepped into hot water when he publicly called for Abbas' replacement by UAE-based former Fatah leader Mahmoud Dahlan.

But regardless of his intent, the damage was done. Jerusalem-based Palestinian activist Dimitri Diliani, a spokesman of the so-called reform wing of Fatah, denounced Friedman's statements, insisting that the Palestinians will continute to choose their own leaders.

The Friedman statement even compelled Dahlan to denounce it himself. Dahlan tweeted, “Whoever is not elected by his people can't lead and accomplish national independence. … I fully believe that Palestine desperately needs to renew the legitimacy of all Palestinian leaderships and institutions, and this will only be achieved through and transparent national elections and no one has yet been born who can impose his will on us.”

Instead of forcing Abbas to soften his position, the combined US and UAE pressure seems to have given him a new lease on political life.

It may be argued that the popular support that has emerged for Abbas will be short lived, but the reality is that Palestinians are enjoying a rare atmosphere of national unity. Both Palestine Liberation Organization and Islamic leaders are burying the hatchet to consolidate peace, willing to put aside their differences in the face of an existential threat.

While Abbas' political rivals are at a disadvantage, the public is still skeptical about his leadership and strategy. The current efforts to redouble popular resistance have failed to take hold. While Palestinian leaders are still driving fancy cars and living in comfort, the Palestinian population is suffering and government employees are going unpaid.

The ultimate impact of the accords on the Palestinian leadership will ultimately come down to long overdue elections.  A comprehensive popular review of the goals, means and leadership for a new liberation strategy can only be done within the context of both legislative and presidential elections as well as the reconvening of representative members of the Palestine National Council. The national unity effort will be taken seriously only when an election date is announced and the PLO is reformed.