Palestinian security forces round up Dahlan supporters in West Bank 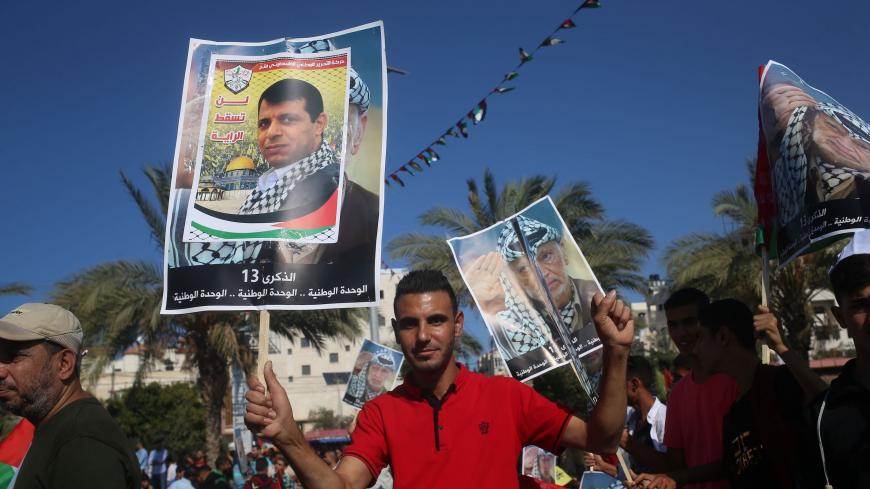 The decision by the United Arab Emirates and Bahrain to normalize relations with Israel has prompted an internal political realignment in the Palestinian territories, especially in the West Bank.

The two gulf countries' decision to turn away from the Arab Peace Initiative has brought Hamas and Fatah closer than ever to each other, at least for now, and has increased the chances of general Palestinian elections. At the same time, it has increased tensions within the ruling Fatah movement. Supporters of exiled Fatah leader Mohammed Dahlan appears to be taking the brunt of the Fatah leadership's anger.

Dahlan has been living in the United Arab Emirates since 2011. His ambition of one day becoming the leader of the Palestinians has fed concerns of a coup.

When US Ambassador to Israel David Friedman was asked if Washington supports the replacement of President Mahmoud Abbas with Dahlan, the US official initially answered in the affirmative, but later insisted that he meant to say the opposite. The pro-Netanyahu newspaper Israel Hayom, which had published the initial statement, printed a retraction, but by then the damage to Dahlan and his supporters was done.

The turmoil has forced Dahlan and his supporters to come out of the shadows and declare themselves.

Dimitri Diliani, a Dahlan supporter in East Jerusalem, declared himself the spokesman of a reformist wing of Fatah. Dahlan himself addressed Friedman's words, insisting, “Whoever is not elected by his people will not be able to lead and accomplish national independence. I … am convinced that Palestine desperately needs to renew the legitimacy of all Palestinian leaderships and institutions, and this will only be achieved through comprehensive and transparent national elections. No one has yet been born who can impose his will on us."

​While many of Dahlan’s supporters are based in Gaza or East Jerusalem just outside the reach of Abbas’ security forces, some who live in the West Bank have been feeling pressure to choose between Dahlan and the central leadership. In some cases, Abbas’ security forces have arrested Dahlan supporters, including the Sept. 20 detention of four Dahlan supporters and a member of the Fatah Revolutionary Council, which acts as a sort of legislature for the movement and elects the powerful Central Committee. The full scope of the arrest campaign is unclear.

Jibril Rajoub, the secretary of the Fatah Central committee, heads a Fatah delegation that is carrying out negotiations in Istanbul between Fatah and Hamas to mend the split and pave the way for general elections.

From Turkey, Rajoub said that elections will take place based on proportionality, insisting that everyone will be allowed to participate. “There will be no veto on any individual or faction,” he said.  It was unclear whether Rajoub was sending a message to Dahlan, his former deputy in the Preventative Security Service, or if it was a general statement encouraging all Palestinian to participate.

While the Fatah movement will find it difficult to win reelection, the possibility of a reconciliation with Dahlan and his supporters as well as an agreement with the imprisoned Fatah leader Marwan Barghouti would certainly improve the chances of victory for Fatah.

A recent poll conducted by the Palestinian Center for Studies and Research shows that Abbas would lose to Hamas’ Ismail Haniyeh in a head-to-head vote for presidency, while other Fatah leaders such as Rajoub or Barghouti would do much better. Dahlan’s chances of winning a presidential election are very low.

Not only do the Palestinians need to reformulate their goals and liberational strategy, they also need to prepare for a new era. The arrests of Dahlan supporters might be the last, desperate acts of a leader who knows he is not popular.

Abbas, 84, has repeatedly said he doesn’t plan to run for president. If he does not, then the ruling Palestinian movement must get its house in order. Arrests and blocking of factions and activists run contrary to the democratic electoral process.

If an election date is indeed set, the most important component of the elections will be the internal struggles within the various Palestinian factions. The democratic or top-down choice of lists will prove to be as important as the general elections.