Amira Oron's assumption of the ambassadorship was delayed for almost twof years because Prime Minister Benjamin Netanyahu proposed another candidate for the important position. 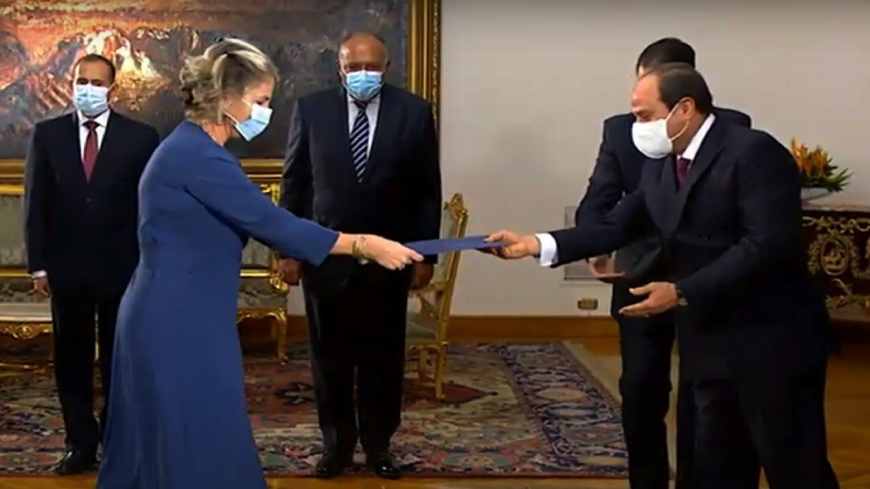 Sisi received the credentials of 14 other new ambassadors the same day, including Mohamed Elias from neighboring Sudan.

Oron’s path to Cairo was a long one. The veteran diplomat was first selected by the Ministry of Foreign Affairs for the ambassadorship in 2018, but she was not approved until this past June. Prime Minister Benjamin Netanyahu then considered former parliamentarian Ayoob Kara for the position instead. Kara is a member of Israel’s Arabic-speaking Druze community and is known for his nationalist and right-wing views. Netanyahu proposing a new candidate to the important post after one had already been nominated lacked precedent and caused an outcry.

Oron is the first female ambassador of Israel to Egypt.

The Israeli ambassadorship to Egypt is a significant position, as Egypt is one of only four Arab states to recognize Israel.

Sisi is supportive of some Israeli policies in the region. The president praised the establishment of relations between the United Arab Emirates and Israel after it was announced. Israel and Egypt also signed an agreement this month to cooperate on gas exports in the Eastern Mediterranean.

Not all Egyptians share Sisi’s friendliness toward the Jewish state. Last year, Egyptian state television was criticized for purportedly featuring a program that promoted conspiracy theories directed at Israelis and Jews.