Relations between Cairo and Jerusalem may be thawing in the wake of Israel's normalization agreements with two Gulf states. 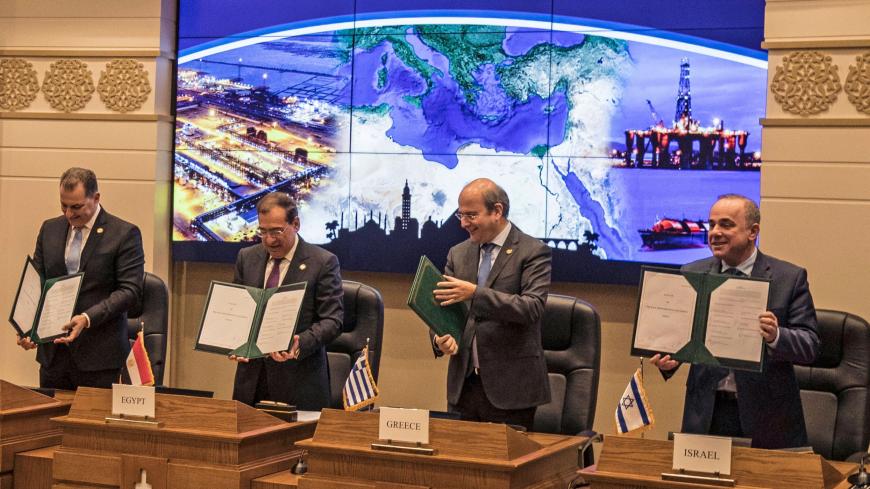 Fifteen ambassadors presented themselves last week to Egyptian President Abdel Fattah al-Sisi. One of them was Israel’s new envoy to the country, Amira Oron. A lot has been written in recent years about the saga surrounding the appointment of Israel’s ambassador to Cairo. For almost two years, the embassy to one of Israel’s most important security partners functioned without a chief. The arrival of Oron is a signal to Cairo that Jerusalem does value the two countries’ bilateral relations.

Oron’s arrival also has another meaning: that security should not the only sphere of cooperation between the two countries. Prime Minister Benjamin Netanyahu tried unsuccessfully over the past two years to appoint one of his associates, former Communications Minister Ayoub Kara to the job. With Oron as ambassador, the message is clear: Rather than the security establishment maintaining a cold peace, Israel’s relations with Egypt should include all the traditional aspects of diplomacy, including trade, culture, academia, civil society and science.

Former Ambassador to Egypt Haim Koren wrote an article last week, claiming that the social media era has opened new opportunities for the two peoples to build cultural bridges. He explained that a shared Mediterranean identity offers a great foundation for relations. Both he and the ambassador who preceded Oron, David Govrin, had labored relentlessly in that direction with substantial results.

With the formation of the unity government last April, Israel has now a full-time foreign minister who is driven by political ambitions. But Oron’s arrival and the new energy in the ministry are not the only elements in the equation. Israeli diplomats note after many years of cold peace, Cairo seems more interested in expanding bilateral ties.

The field of energy is a perfect example. On Sept. 22, Cairo hosted a videoconference of the Eastern Mediterranean Gas Forum. The forum was established two years ago by Israel’s Energy Minister Yuval Steinitz and Egyptian Energy Minister Tarek el-Molla as an informal grouping of seven Mediterranean countries after Israel and Egypt discovered offshore natural gas fields. The Sept. 22 conference marked the forum's establishment as a recognized international and intergovernmental body, with France, the European Union and the United States requesting non-member observer status.

For Oron, the elevation of the gas forum makes an excellent basis for stronger bilateral cooperation in different fields. She arrives to Egypt at a significant diplomatic moment for Israel — just after the signing of the normalization agreement with the United Arab Emirates and a similar declaration with Bahrain.

For many years, Egypt and Jordan are still the only Arab countries to have signed treaties with Israel. Both treaties referred to the Palestinian issue but were not conditioned on on advancing it. The Sept. 15 ceremony at the White House has changed this situation significantly.

On Sept. 2, two weeks before the ceremony, Netanyahu spoke with Sisi to update him on these developments. In the call, Sisi voiced his support for "any steps that would bring peace” to the Middle East. Israeli news outlets hailed Sisi’s support. However, Sisi also warned Israel against sidelining the Palestinian issue, stressing that any diplomatic moves should “preserve the legitimate rights of the Palestinian people, allow for the establishment of their independent state and provide security for Israel.”

A senior Israeli diplomat told Al-Monitor that the diplomatic community considers Sisi more committed to the Palestinian issue than the Gulf countries. He said as much in his Sept. 22 speech to the UN General Assembly. Still, other Arab countries joining the peace camp makes it easier for Sisi to explain his cooperation with Israel to his own constituency. The Israeli diplomat noted that the ball is now in Israel’s court. To preserve and expand its relations with Egypt, Jerusalem must make it clear that ties with Cairo are a priority. As such, Israeli goodwill gestures toward the Palestinians will need to be made soon.

Over the past few weeks, a senior Egyptian intelligence delegation has been shuttling between Tel Aviv and Gaza to advance understandings between Israel and Hamas. Egypt has a vested interest in Israel avoiding conflagration with Hamas and in calming the Gaza Strip. If reached, such an agreement would also add credibility to Sisi’s ties with Israel.