Are Iraqi youths losing their religion?

Despite the influence of religion in Iraqi politics, recent studies show that young people in Iraq are increasingly identifying as secularist. 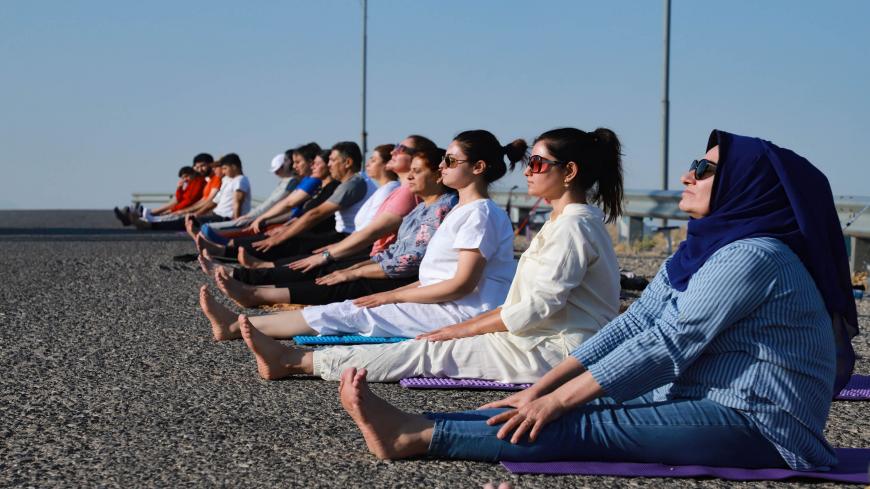 “It’s about my identity,” Yara Ali said with confidence. Ali is an Arab-Iraqi lawyer and prominent activist living in the Kurdistan Region of Iraq; for security reasons, she uses a pseudonym.

“I was forced to wear it. It was to protect me, but it wasn’t me.” Yara, 29, told Al-Monitor. A couple of years ago, the modern, educated woman who had become a professional and loved her job decided to take off her headscarf.

Her internal conflict was caused by her upbringing by a pious mother and a secular father. “I was raised to be independent and strong, with my mother setting limits,” she said. The emancipation process gained speed when she traveled for her work and studies and was introduced to people with different backgrounds from her own.

“Extremist groups were another layer,” she said of the process that ended with her eventually taking off the headscarf. The policies that the Islamic State (IS) promoted in captured areas inside Iraq and Syria, and the atrocities they committed there, shocked the world. “It made me worry how people saw me — because of IS many people now view Muslims as bad people.”

Although Arab Barometer, a research network at Princeton University and the University of Michigan, suggests that the political system in countries like Iraq and Lebanon reinforces religious identities, which serves to maintain the religious influence in daily life, the same body concluded its 2019 polling surveys by writing, "There has been a decline in religious faith and trust in religious parties across the Middle East and North Africa."

Islamic political parties have warned about the spread of atheism in Iraq, calling for confronting this “dangerous conspiracy,” according to former Prime Minister Nouri al-Maliki.

“We need to confront the supporters of these extraneous atheistic ideas with positive thinking and with an iron fist by exposing the methods they use in disseminating their ideas,” Ammar al-Hakim, Shiite cleric and head of the Hikma bloc, said in 2017.

There are different ways of being irreligionist. Some young people simply move to atheism and identify themselves as atheists, or only show indifference to religion or chose to be a liberal Muslim instead of a traditional or conservative Muslim. Others convert to religions with less religious commitments like Christianity or modern religions like Bahaism. And some others chose an ancient religion like Zoroastrianism. Finally, some only show their different views on religion with a different practice, such as taking off the headscarf to express critique of the dominant religion.

Ali feels that religion in Iraq had become a "confusing question." “I moved away, I distanced myself from it. I believe in God. I am called a Muslim but do not pray, and fast only because of conservative people around me,” she added.

What she describes seems to be part of a larger movement of young people moving away from (conservative) Islam, as seen in Iraq in the post-2003 era, especially during and after the war against IS.

Al-Monitor met young men in Baghdad who had begun to question their faith as it had been presented to them, both because of the atrocities that IS said Islam allowed and the corruption of the ruling Islamic parties. They turned away from imams and religious parties; some even joined the Communist Party. It also led to the protest movement that emerged in the south of Iraq in October 2019, denouncing the endemic corruption and lack of services. Interestingly, despite Iraq’s conservative culture, many of the protesters are female.

Official statistics are not available, but the trend is illustrated by the fact that religious practice like mosque attendance is down. According to Arab Barometer, the number of Iraqis who say they attend Friday prayers has fallen from 60% to 33% in five years time, in addition to a dramatic decline in trust in Iraq’s Islamist parties — from 35% in 2013 to 20% in 2018.

According to Arab Barometer, the percentage of Arabs who describe themselves as "not religious" in the six countries polled — Iraq, Jordan, Tunisia, Algeria, Egypt and Libya — now stands at 13%, up from 8% in 2013. In 2013, around 51% of the respondents said they trusted their religious leaders to a "great" or "moderate" extent. In 2018, that number was down to 40%.

The trend goes hand in hand with the increased activism of young secular activists in the protest movement. They are targeted by kidnappings and assassinations, such as the recent killing of the outspoken Basra activist Rihaam Yacoub who had been organizing women’s protests. She was gunned down in the street.

Helen Sarainy, an Iraqi-Kurdish born pharmacist who grew up in the United States, told Al-monitor that during a stay in her country of origin, she became aware of the injustice done to women under the guise of religion. “There is a lot of misunderstanding of the faith to benefit men. Why should women have to cover under 15 layers while guys can just wear a T-shirt? I realized that religion comes with parameters that men have set,” Sarainy, 37, said on the phone from Washington.

She noted that there is a trend among young Muslim women who take off the headscarf. According to her, most do so before they reach the age of 18; she decided to take off her scarf seven years ago.

Women like her are experiencing pressure from religious groups and from groups that stereotype Muslims.

“I was a little late and missed a lot of opportunities because of it.” Sarainy said. “The scarf was a barrier.” She did not get accepted into various graduate schools. After 9/11, the hijab became associated with the attack on the World Trade Center. “For my security I was advised to take it off. But it was part of my faith, of my identity,” she said. So she didn’t.

It was only after she visited the Kurdistan Region of Iraq that she changed her mind. She worked for Doctors Without Borders and taught at the American University Iraq in Sulaimaniyah. “I got tired of the attention for my hijab. I was developing my sense of identity and felt misrepresented. It was like carrying a flag. I am more than religion — and too much religion is dogma,” she noted.

She also realized that she had become more liberal. “I was doing things that are more offending to the faith than not covering. I was not honest, hypocrite even. Yet it was not an easy decision,” Sarainy added.

Sairany is writing a book about her "self-liberation" and the "self-discovery" that got her there.

Online is where a lot of the discussions about Islam take place, and where critical opinions are posted, as well as films that ridicule aspects of Islamic thinking.

“I talked to 17-year-olds who are discussing Islam online,” Ali said. “I was shocked as they even dare to ask whether the Prophet Muhammad really existed.”

Shilan Bahadin, an English teacher living in Erbil, the capital of Iraqi Kurdistan, realized how much of religion she has been taught is actually part of her culture. “Our people listen to the mullahs and they just try to follow them without checking if what they say is according to religion. Unfortunately the mullahs have different opinions as they come from various schools of thought,” she told Al-Monitor.

The young people who are protesting these societal and religious doctrines know all about the dangers. Ali did, too. “If I had not taken the time for the process, the impact would have been negative,” she said. Girls need to be prepared to face the negative reactions. Had she removed the scarf too soon — to express a different religious opinion — she would not have been able to face her parents and others outside the family. “It only worked when I was strong enough,” she concluded. 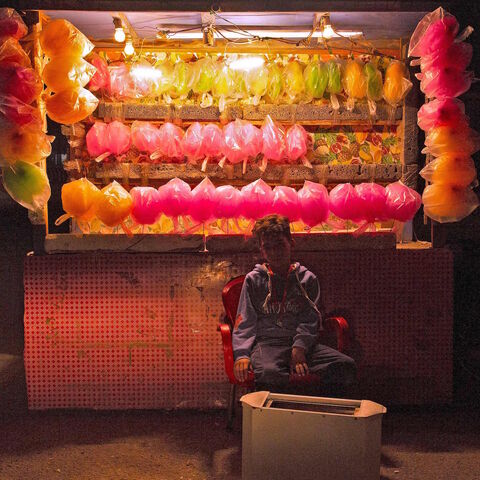 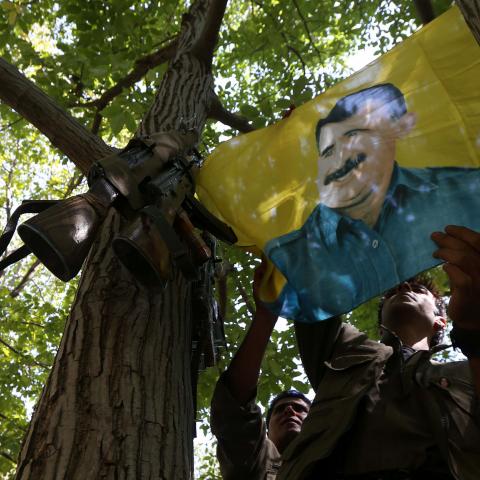 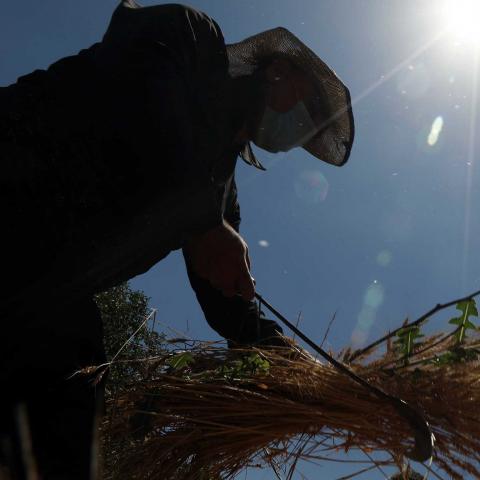