Islamic parties in Iraq have intensified their rhetoric against atheists, with one prominent cleric calling for them to be confronted with an "iron fist." 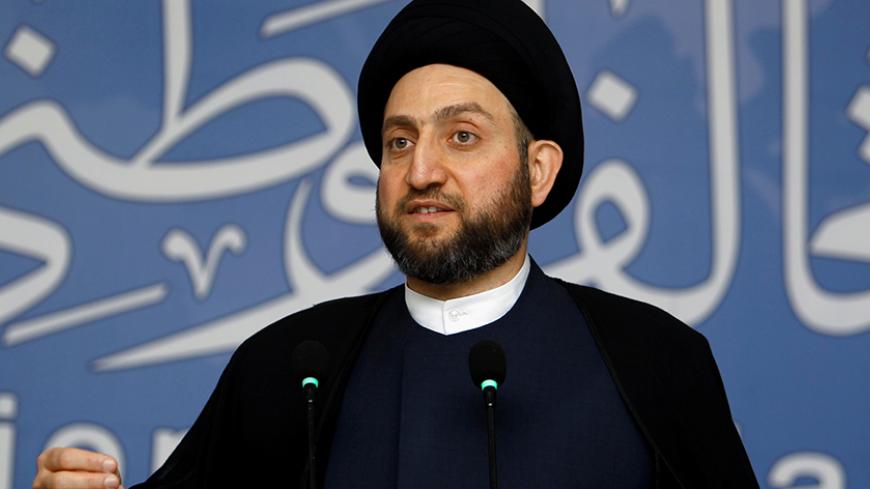 NAJAF, Iraq — Iraq's Islamic movements and political parties have intensified their rhetoric in recent weeks against atheism, warning Iraqis about its spread and the need to confront atheists. Such movements and parties worry that public sentiment is turning against Islamic parties in politics and that this could be reflected in upcoming elections, scheduled for the end of 2017 and beginning of 2018.

In a lecture this month in Baghdad, Ammar al-Hakim — head of the mostly Shiite Iraqi National Alliance party, which holds the overwhelming political majority in parliament and government — warned against the prevalence of atheism.

“Some people resent Iraqi society’s adherence to religious principles and its connection to God Almighty,” he said. Hakim called for “confronting these extraneous atheistic ideas with good thinking and with an iron fist against the supporters of such ideas by exposing the methods they use in disseminating their ideas.”

Hakim’s message is contrary to the Iraqi Constitution, which guarantees freedom of belief and expression and criminalizes incitement against others and against compelling others to adopt or reject a specific faith.

During Ramadan, religious lectures in Shiite cities in Iraq's center and south — the main base of the Islamic parties — attacked the spread of secular and atheistic ideas, which are viewed as threats to Iraqi society.

Former Prime Minister Nouri al-Maliki has extensive influence among the politically ambitious pro-Iranian factions within the Popular Mobilization Units military organization. He warned May 30 of a supposed dangerous conspiracy by secular and nonreligious movements to take power from Islamic parties and gain control for themselves.

Atheism in Arab culture, as described by contemporary Egyptian philosopher Abdel Rahman Badawi in his book, “The History of Atheism,” covers a vast range of ideas and behaviors. To Badawi, atheism includes agnostics, emerging secular movements that reject the political role of religion, and those who criticize various aspects of religion. Secularism and atheism are thus often intertwined in the discourse of political Islam through the use of terms such as “secular atheist trends and ideas.” These ideas inspire fear in many politically-oriented Islamic movements.

According to Sayyid Qutb, a founder of political Islam who is widely studied by Islamists in Iraq, separating religion from political rule is tantamount to infidelity to God and denying divine governance.

Defunct Kurdish news agency AKnews conducted a nonscientific poll in 2011 about faith. When asked if they believed in God, 67% of respondents answered yes; 21%, probably yes; 4%, probably no; 7%, no; and 1% had no answer.

In a country that has not seen a national census for three decades, it's not possible to provide official numbers for members of different faiths and beliefs. It is especially difficult to know the size of those communities that hold taboo beliefs in a conservative society such as Iraq, which views these outsiders with disdain and where they are threatened by military groups and political leaders, some of whom demand they be beaten "with an iron fist." Much of what information can be gleaned comes in anecdotal form. Since 2014, after the Islamic State swept through Iraqi territory, many reports from various quarters have observed that more people are skeptical of Islamic beliefs and are rejecting Islam altogether, influenced by the negative image of Islam portrayed by extremist groups.

A prominent book store in Baghdad has seen more young people buying books on atheism from prominent nonbelievers such as Saudi writer Abdullah al-Qasemi and British philosopher Richard Dawkins. Even in a holy city like Najaf and within the Shiite religious establishments, Al-Monitor spoke to several religious students who not only have begun to question the fundamental beliefs of Islam, but the basic principles of religion in general. They would be ostracized by society in a heartbeat if they expressed their views freely.

Human rights activist, writer and satirist Faisal Saeed al-Mutar told Al-Monitor that atheists in Iraq face very difficult circumstances under a government with a majority of Islamic parties and with the dominance of Islamic militias over society.

Faisal, who follows Iraqi atheists' activities on social media, said, “I clearly see that the numbers of atheists is rising in different areas in Iraq.” Faisal recently founded the Ideas Beyond Borders organization, which defends Iraqi atheists and helps them organize and claim their rights.

Many atheists have been forced to flee Iraq because of harassment and threats. Jamal al-Bahadly, an atheist who is vocal about his views on social networking sites, said he received death threats from Shiite militias in Baghdad, forcing him to leave the country in 2015. He emigrated to Germany.

“As an atheist, I was deprived of the most basic civil rights in Iraq. I feel that the Universal Declaration of Human Rights does not include me and my fellow atheists in Iraq," Bahadly told Al-Monitor. Iraq voted in favor of the declaration in 1948 at the United Nations General Assembly.

Leaders of Islamic movements repeatedly say they've seen a rise in the number of atheists in Iraq. Their statements of concern fuel even more concern among the ruling Islamic parties, who fear a decline in their political power.