Following Sultan Sooud Al Qassemi’s article on atheism in the Gulf, atheism in Iraq is no longer limited to the intellectual elite, but has spread among all social classes, and there is a pressing need to ensure the rights of these citizens in the face of threats from extremists. 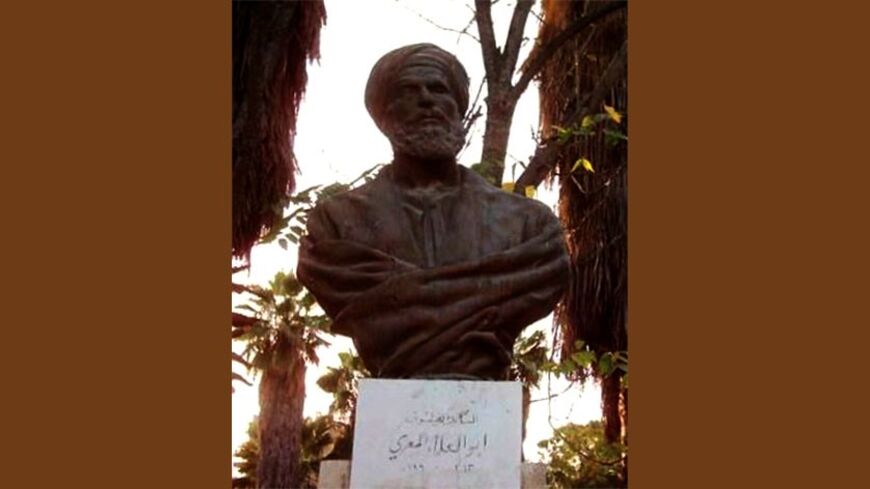 Atheism might seem like a strange phenomenon in a country such as Iraq, considered one of the most religious on earth, where the degree of interest in religion is very high. This perception is also held in the Gulf, as noted by Sultan Sooud Al Qassemi in his March 3 article about the growing visibility of atheists there. Yet, you do encounter people here who identify themselves as atheists and who demand that their rights be safeguarded in accordance with UN resolutions that guarantee freedom of belief. In this regard, previous surveys have indicated the existence of a growing agnostic movement in the country, which continues to expand at a remarkable pace.

Atheism and heresy have a long history in Mesopotamia with the renowned Arab philosopher Abul al-Ala al-Ma'arri (973-1058) defending, 1,000 years ago, his nonbelief in religions. Ibn al-Rawandi (837-911) also dedicated sections of his books to countering the Quran in Baghdad. Furthermore, Ikhwan al-Safa, a secret group from the third century Hijri, wrote their books to include a critique of Muslim beliefs in Basra; and contemporary Iraqi researcher and poet Maarouf al-Rasafi disputed the religious aspect of the Prophet Muhammad’s life in his book The Muhamadiyan Personality. Rasafi is a writer from Fallujah, an Iraqi city famous for its mosques and religious fervor.

The phenomenon of atheism has deep historical roots in Iraq, but is new in its widespread and comprehensive spread through all societal and age classes. Atheism used to be an elitist phenomenon restricted to intellectuals and scholars only, but, today, it has metamorphosed into an all-encompassing one that is tirelessly increasing in scope.

One of the reasons behind this might be the religious extremism that has gripped the country for more than two decades. Naturally, such extremism can lead to a backlash by people who categorically reject religion to escape the confinement and torment it has caused their lives. But, when extremism gets mixed with sectarianism, then the reactions tend to be different. On one end, some might adopt extremist religious customs to preserve and express their sense of identity and social belonging within the ongoing conflict in the country. On the other hand, some might come to the conclusion that religion is the cause of all evils, and feel compelled to forsake it completely as a result.

Somewhere in between both poles, one can find varied forms of objection to the prevailing models of religious belief that have gripped the country. In addition to atheism, defined as total and complete rejection and denial of religion, there are those who identify themselves as agnostics and not full-blown atheists. In addition, there are large swaths of people who criticize certain religious manifestations or beliefs without abandoning the general framework of religiosity. It is also noteworthy that great numbers of this wide-ranging class of people are religious school graduates, who studied in the seminaries of Qom and Najaf before their ideological change of mind.

Observers of this phenomenon also would see that it is prevalent among young people as much as it permeates the ranks of the middle aged and elderly, despite the fact that each of these classes has its own reasons and justifications. The elderly are usually affected by Marxist ideologies, which they adopted during their youth; while the younger generation is more swayed by modern scientific ideas and theories, and feel an aversion toward the religious movement that has taken hold of Iraqi society and politics.

In terms of social classes, one might also notice that the phenomenon is no longer confined to elites and intellectuals; it has also spread to the working and middle classes of society. This is a manifestation of the fact that the reasons behind atheism have expanded beyond the scope of philosophical readings and musings to become a social phenomenon affected by the effects of religiosity on everyday life, as well as its authoritarian grip on society. As such, any observer would sometimes be surprised to see young people profess their disbelief and atheism, mock religious beliefs and sanctities, yet continue to practice forms of religious rituals or chant religious slogans when sectarian conflicts erupt.

The reason behind this is the overlap between religion and people’s sense of identity and social belonging to their clans. Young people reject religion because they see it as the source of their problems, but, at the same time, and as members of a society governed by religious values and tribal traditions that verge on being quasi-religious in nature, they are bound by their society’s bond with religion.

In this context, Al-Monitor met with a number of Iraqi nonbelievers to take toll of their demands. They stressed the need for legal and social recognition of their existence, the rectification of the image that society has of them, and a guarantee of the public freedoms described in humanitarian charters, such as freedom of belief and expression, among other things. They complained of the prevailing social view that they are morally corrupt, or that they are but agents and operatives of foreign entities, such as Zionists or Masons, among others. This negative perception might be expanded among some to include all those who call for liberalism or secularism, who would be looked at with suspicion and portrayed as members of global Masonic networks that have come to Iraq to destroy its values and social constructs.

Those nonbelievers also demand that educational curricula be amended to exclude any hateful bias toward them, while taking a neutral stance toward all beliefs without exception. Some of them also wish to be able to express their beliefs and presence without fear of being intimidated or even murdered. There are many Iraqi websites and blogs that cater to atheists, but they all keep their membership lists secret for fear of being persecuted or killed by extremist religious militias and groups, or even by ordinary citizens on the street.

Finally, and in light of the prevailing atmosphere of religious sectarianism and fundamentalism, protecting atheists, agnostics and secularists becomes a more pressing necessity. They are a minority whose right to freedom of belief must be defended, particularly considering that they are not even recognized as a group and that there are no Iraqi or global entities that protect or defend them, as a result of the lack of interest in mentioning their plight in international human rights reports.