Egypt's atheists find each other on social media

Atheism is still a target for immense criticism in Egypt, and some have gone to jail for “contempt of religion.” 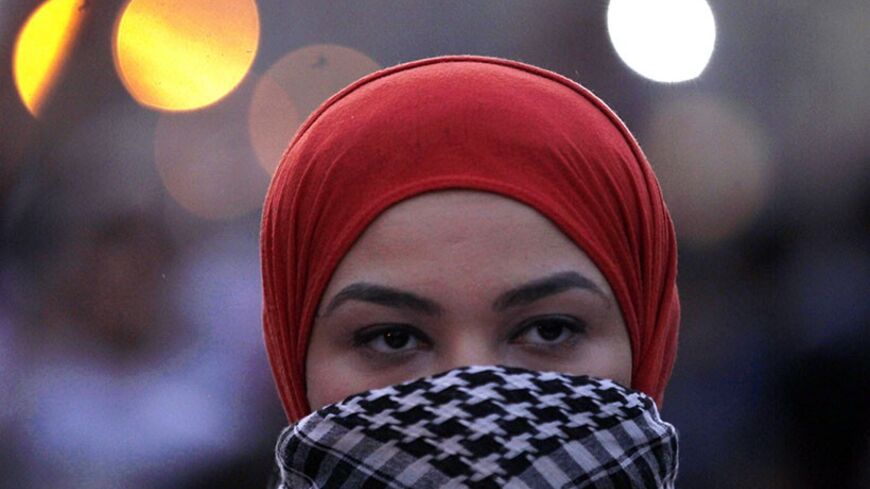 Following the January 25 Revolution in Egypt, several changes occurred in Egyptian society, most of which involved breaking away from the habits and customs that various generations were raised with. One example is the trend of young people abandoning the religion they once embraced and declaring themselves atheists.

The actual number of atheists in Egypt is unknown, and no one has tried to determine their number. Atheists say that there are 3 million of them in Egypt, but there is no proof of the accuracy of this figure. Amina Nasir, a professor of philosophy at Al-Azhar University, said that through her dealings with students at the university and youth in general she had noticed an increase in the number of young people who announce their atheism.

A look at the lives of atheists in Egypt

Majd, an Egyptian who hails from a Christian family and did not want to give his full name for security reasons, says he once pondered who created the universe. Is there such a being? He started thinking about atheism after the death of his friend Mina Dania, who was killed during the events of the January 25 Revolution. Majd went to a priest and asked him, “Why did Mina die?”

How does an atheist live?

Majd no longer goes to church. He is a young man who grew up among priests. He had been part of the church activities since he was a schoolboy, but he now no longer believes what the Bible says. “I can no longer understand how God, whom everyone calls just, would accept that my innocent friends died during the revolution, that I lost people I loved and that I suffer for their death, without me having committed a sin to be punished for,” he told Al-Monitor.

The ideas that the young atheist disclosed, through his Facebook account and by talking to his friends, caused him to lose people he was close with, especially church friends as well as relatives who are believers and who consider his words apostasy. They have stopped communicating with him. Majd said that he is always worried and rarely feels reassured. The idea that God exists used to make him feel that there was a power protecting him and someone to rely on. He is now struggling with a troubled heart and a rational mind.

There are many female atheists, too. Al-Monitor tried to interview them, but those contacted refused to talk. According to the information gleaned from their friends, it is more difficult for girls to declare their atheism than for boys because the girls’ families are more likely to punish them. Some girls have been admitted to psychiatric institutions after they were said to be crazy.

The causes for atheism

Amina Nseir, a professor of philosophy and religion at Al-Azhar University, told Al-Monitor that there is a basic rule in any society: “The more extensive the religious extremism, the more common atheism becomes.” Humans, she said, by nature are rebellious and when religious radicals push too hard, they alienate young people. She likened what is happening in Egypt now to what happened in Europe in the Middle Ages when the church heavily dominated all aspects of life: Society pushed back.

On the other hand, Father Abdel Massih Basit, the priest of the Church of the Virgin in Cairo, said the increase in communication between people via the Internet has lessened the need for young people to consult advisers regarding their thoughts. They have started relying more and more on what they read on foreign websites, including websites for atheists in other countries.

It is worth examining this matter, especially since atheists in other Arab countries such as the Gulf states, for example, are getting to know each other through social media websites.

Both the Muslim and Christian sides agree that the religious authorities are not qualified to deal with the questions of the youth. Muslim sheikhs and Christian priests specialize in religion, not science. Asking them a metaphysical question stumps them and they say something to the effect of “Do not argue or discuss,” which increases the confusion of the questioner and leads to doubt.

Atheists and the media

The media in Egypt addresses the issue of atheists with bias, according to a group of young atheists who met with Al-Monitor. A young atheist appeared on a TV program hosted by a famous presenter on April 15. The host lambasted the atheist with criticism, without giving him a chance to make his point or say why he had become an atheist. The presenter had invited a sheikh from Al-Azhar and a church pastor, but she did not bring them face to face with her guest, saying, “Out of respect for the two, I refused to make them sit with someone like him.”

Ismail, an atheist who comes from a Muslim family and who also did not want to be identified with his last name, told Al-Monitor, “The media portrays atheists as mentally ill and in need of treatment to cure them of the ideas they talk about.”

The lack of media platforms for atheists to express their views has led some of them, like Ismail, to create their own outlets. Ismail created a YouTube channel and a Facebook page called the Black Ducks, an allusion to how society perceives atheists: as black ducks living in a sea of white ones.

Mohamed Hisham, one of the magazine’s founders who works as a teacher of Russian literature at the University of Alexandria, told Al-Monitor, “The goal of the magazine is to motivate young people to think scientifically and not surrender to the erroneous ideas they were brought up with without considering their logic.”

On the other hand, Hisham asserted that he faces different problems from those who espouse the same ideas. He feels that the majority of atheists in Egypt do not announce they are atheists out of conviction, but rather to separate themselves from others and draw attention to themselves. He said, “Only 10%, if not less, have become atheists after a trip of deep thinking and many readings." He called that group “truth seekers” who don’t reject the idea that a god exists because of hated for religion, but rather because scientific reasons have convinced them.

Atheists and the law

“The defendant standing in front of you, Your Honor, has announced his disbelief and atheism through public forums. He has spoken of his thoughts across the international information network. He allowed for himself what those before him and those after him didn’t allow for themselves in this area. He insulted God’s chosen prophets and disrespected the sacred rites, the divine books — namely the Quran and the Bible, as detailed in the court papers — and that which is incompatible with sound human instinct, under the pretext of freedom of opinion and expression.”

This was the prosecutor’s closing statement in the case of Albert Saber, who was accused of contempt of religion and sentenced to three years in prison in early 2013 on charges of publishing photographs disrespecting the Prophet Muhammad on his Facebook profile.

Articles 64-65 of the new Egyptian constitution stipulate that freedom of belief is absolute, freedom of thought and opinion is guaranteed and every human being has the right to express his views in writings and photographs. But reality is different, said Ahmed Ezzat, the legal director for the Association for Freedom of Thought and Expression, in an interview with Al-Monitor.

Although the above constitutional articles guarantee one’s freedom to express his opinion, Egyptian law allows for trying someone on the charge of contempt of religion, punishable by three to five years in prison. This charge only applies to those who criticize the Abrahamic religions, not those who mock the Baha'i religion or Buddhism, for example.

Ezzat conducted an in-depth study that the Association for Freedom of Thought and Expression published under the title “Trials of Faith.” The report said that despite several regimes coming to power since the January 25 Revolution, the issue of contempt of religion has been a hallmark of them all: the Hosni Mubarak regime, that of the Muslim Brotherhood and the current transitional government. This shows that the problem of freedom of expression of belief is not only linked to the presence of religious currents in power, but also to the absence of a political will by the state to grant this freedom.