Gulf atheism in the age of social media

The Arabian Peninsula is widely known for its strict observance of Islam, but a rising number of Gulf nationals are starting to distance themselves from religious practice. 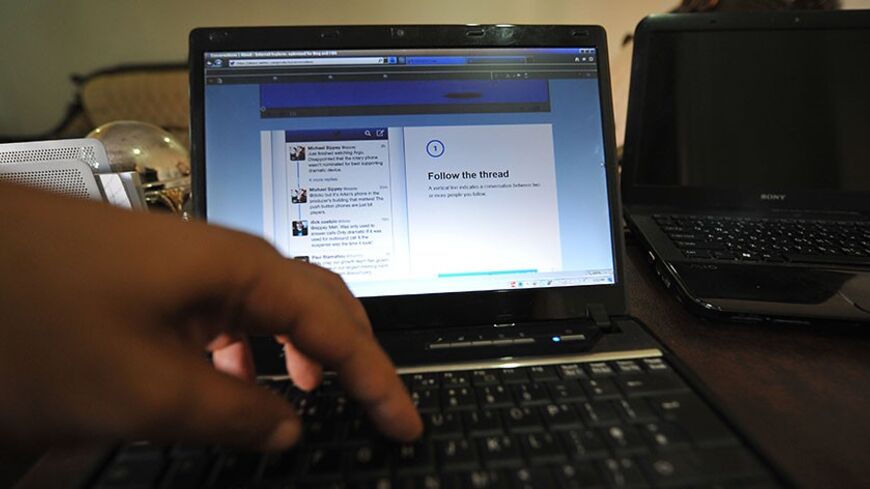 The Gulf states have a long association with Islam; after all, the religion was founded in the Arabian Peninsula more than 1,400 years ago. More recently, movements such as Wahhabism and Salafism were also founded here. However, over the past few years a rising number of Gulf nationals have started to distance themselves from religious practice and in some cases started to openly criticize the application of religion in society.

It is therefore ironic that the godfather of modern Gulf atheists was brought up in present-day Saudi Arabia and turned Salafist before embracing atheism. Abdullah al-Qasemi was born in 1907 in Najd, central Arabia, to a conservative family and a strict father. Qasemi traveled to India and across the Middle East following the death of his father before getting his education in Cairo, where he initially defended Salafist teachings, which had him expelled from Al-Azhar University. Qasemi slowly distanced himself from Salafism following the publication of his book They Lie to See God Beautiful.” Qasemi survived two assassination attempts in Beirut and in Cairo for his nonbelief and went on to publish numerous books, including The Universe Judges the God and The Conscience of the Universe before he died in Cairo in 1996. His infamous statement, “The occupation of our brains by gods is the worst form of occupation,” is today widely quoted by Arab atheists.

One of the first encounters I came across with hostility to religion — something that was unfathomable to me growing up — was an article by prominent Kuwaiti scholar Ahmed al-Baghdadi, who died in 2010 at the age of 59. The article, published in 2004 was titled “Is there no end to this backwardness?” The object of Baghdadi’s ire was Kuwait’s Ministry of Education, which he accused of a “systemic destruction of private education” because of a specialized committee’s proposal to replace music classes with additional classes on religion. “I have nothing to say but God curse members of this committee over their intellectual backwardness in this life and the next,” declared Baghdadi.

“I am not afraid of religion, or bearded or turbaned people, and I see that music and developing an artistic sense is more important than memorizing the Quran or religious classes. [The classes] that are already there are more than enough. I do not wish to waste my money on teaching religion. … I do not want my son to learn from ignoramuses who teach him to disrespect women and non-Muslims,” he continued.

Baghdadi went on to say that he wanted his son to learn sciences and foreign languages, not to “become an imam” or a “terrorist.” “The only people who went to religious institutions in old civilized Kuwait were those who failed in scientific studies.” Needless to say, Baghdadi’s article caused an uproar leading the writer to express his intention to seek asylum in the West. Although Baghdadi never declared himself an atheist, he was highly regarded among the underground Gulf atheist community as someone who championed their causes and demands.

Although accurate figures on the number of atheists in the Gulf are nearly impossible to come by, a 2012 poll by WIN-Gallup International titled “Global Index of Religiosity and Atheism” published a surprising number of self-professed Saudi atheists. The researchers found that up to 5% of the Saudi respondents declared themselves to be atheist, a figure comparable to the United States and parts of Europe.

In a rare interview, a self-confessed Saudi atheist spoke of the need to maintain a semblance of belief in religion in front of others, telling the interviewer that he was “shocked by the number” of atheists. The interviewee went on to cite social media as tools that made it easier for atheists to find each other. Indeed, the advent of Twitter and Facebook saw a proliferation of self-professing Gulf atheist accounts usually with the word “atheist” or “humanist” in the name, virtually all of them anonymous.

In the decade before Twitter and Facebook, Paltalk, a video and audio group chat service founded in 1998, was all the rage in the Gulf. The service, which was launched in 1998, quickly gained momentum in the region that restricts freedom of expression. Within weeks, popular Paltalk chat rooms such as “Humanity” (run by a Kuwaiti) and “No Religionists,” dedicated to specific topics, sprang up, allowing entry to authorized persons only to discuss issues around religion.

In an email exchange, a Saudi atheist Twitter user confirmed his anxiety to me: “My identity is top secret, and I don't share it with anyone. I take many precautions in protecting it,” following threats to “many individuals who wrote much less things than outright atheistic views.” I asked the 47-year-old about the use of social media. “I do encounter many atheists online, especially through Twitter. And I am encountering more and more atheists in real life as well,” he said.

Perhaps the best-known pioneering blogger in the Gulf is the Emirati atheist Ahmed Ben Kerishan. After a two-year absence from blogging, Ben Kerishan returned to social media in November 2012 by asking people to “open their eyes,” adding that “all religions lie” and that “secularism can set people free.” Famous Bahraini blogger Mahmoud al-Yousif once wrote that Ben Kerishan’s blog “should be reason enough for any non-Arabic speaker to start learning the language.”

In the Arab Gulf, atheism (ilhad) is often conflated with secularism (ilmaniya). Although both are to different degrees unacceptable in society, the latter, unlike the first, is not punishable by law. A few decades ago most people in the Gulf had not heard of secularism, let alone atheism, even though many led a semi-secular lifestyle where men and women interacted openly. The advent of oil afforded the Gulf governments the opportunity to institutionalize and standardize religious practice in society. In addition, due to the history of Islam in the region, many in the Gulf strongly associate religion with national identity. Any distancing from or criticism of religion also equates to distancing oneself from national identity, which governments are keen to stress. The spread of political Islam in parts of the Arab world caused some of the youth in these countries to distance themselves from religion.

In the struggle between the state and the nonreligionists, the latter are certainly at a disadvantage. One of the most notorious cases of blasphemy was that of Saudi blogger Hamza Kashgari, who was arrested in 2011 for tweeting about the Prophet Muhammad: “I do not like the halos of divinity around you. I shall not pray for you.” Following a two-year stint in a Saudi jail, his first tweet read: “Good morning to hope … to souls which never die … thank God.”