After 15 years in the United States, millions of government documents from the Saddam Hussein era have returned to Iraq. 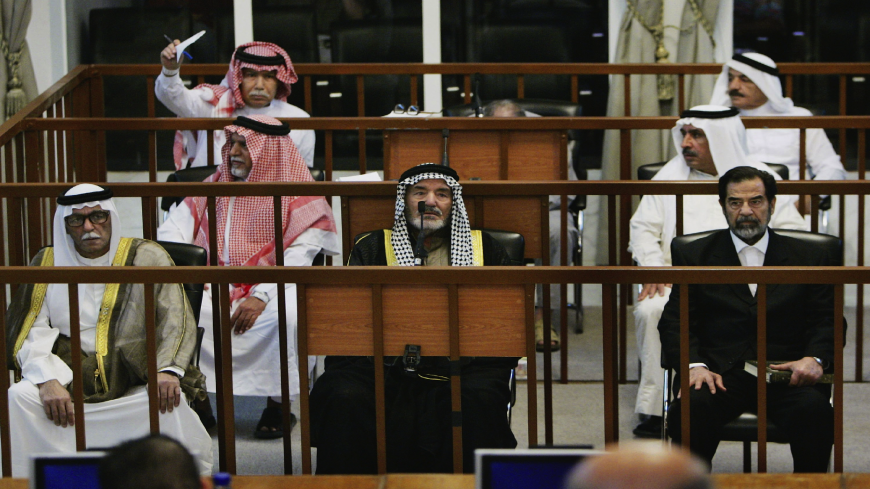 A US military cargo plane arrived in Baghdad on Monday carrying more than 6 million pages of Iraqi government records dating from the Saddam Hussein era and prior.

The papers, including intelligence files and administrative records, were discovered in a basement under the Baath Party headquarters in the Iraqi capital in 2003 before being transferred to the United States for safekeeping in 2005.

The Wall Street Journal first revealed that the documents had quietly been returned on Monday, fulfilling a long-held hope of successive Iraqi governments since the United States overthrew the Saddam Hussein regime in 2003.

Why it matters:  The trove is an invaluable and minutely detailed record of Iraq’s painful history under the Baathist regime. Its return is a sign of the US government’s trust in Prime Minister Mustafa al-Kadhimi’s government.

Back in 2003, Kadhimi, then a human rights advocate who had fled Hussein's regime nearly two decades prior, along with Iraqi scholar Kanan Makiya helped to preserve documents after they were discovered in a Baghdad cellar.

Makiya, another exiled dissident, returned to Iraq upon the US invasion and founded the Iraq Memory Foundation dedicated to chronicling Iraqis’ experiences of living under Baathist rule. Kadhimi served as the foundation’s director in Baghdad.

The documents were first shipped to Virginia in 2005 before being archived by Stanford University’s Hoover Institution in California.

What’s next:  Iraqi officials hope to one day make the documents available to the public but say that will take time.

Some of the information is highly sensitive, containing names of informants for the Baathists' violently repressive regime and raising concerns that the documents could be used for revenge.

The archives are being held at an undisclosed and secure location in the Iraqi capital, The Wall Street Journal reported.