Cairo is capitalizing on anger over the Turkish intervention in Syria to unite the Arab ranks in support of Damascus. 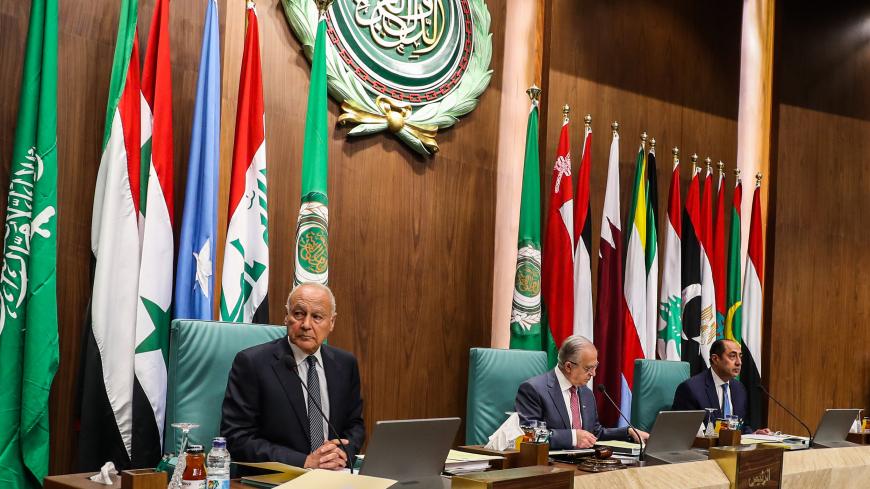 CAIRO — Egypt is working to unite Arab states against Turkey's military presence in northern Syria and in support of Damascus’ efforts to regain its seat in the Arab League.

At Cairo's initiative, the Arab League formed a committee of foreign ministers to address what it called "Turkish interventions in Arab affairs" on Sept. 9. During a speech to the body, Egyptian Foreign Minister Sameh Shoukry called the deployment of Turkish forces in Syria an “occupation.” The group is headed by Egypt and counts among its members Saudi Arabia, the United Arab Emirates, Bahrain and Iraq.

“The blatant Turkish interventions … are continuing in Syria,” he said.

Against the backdrop of Turkey’s Operation Peace Spring in northeastern Syria in October 2019, Egypt called for an emergency meeting of the Arab League. The summit's closing statement urged the immediate pullout of Turkish forces from Syria.

In a speech at an Arab League foreign ministers meeting in March 2020, Shoukry described the Turkish intervention in Syria as a “brutal invasion” of the territory of a sovereign state.

On Sept. 17, The New Khalij newspaper quoted diplomatic sources as saying that a Syrian delegation of diplomatic and military leaders met with Egyptian officials at the headquarters of the Egyptian Foreign Ministry. The newspaper reported, “The bilateral talks focused on the latest developments in the Syrian crisis and ways to confront the Turkish intervention there, in addition to efforts to lift the freeze on Syria's membership in the Arab League.”

The Egyptian-Syrian coordination against Turkey has involved several visits and meetings between officials from both countries, including in the context of counterterrorism. Egypt's intelligence director, Maj. Gen. Abbas Kamel, quietly visited Damascus on March 2 and met with Syrian officials. Political and media adviser to the Syrian presidency Bouthaina Shaaban revealed the details of the visit in statements to Al-Mayadeen TV, asserting that Arab and European states have become aware that Turkish President Recep Tayyip Erdogan is a threat to the region and the world.

He pointed out that an Egyptian-Emirati-Saudi alliance has emerged in support of Damascus against Turkish military influence in the Arab region and added that Qatar is doing Turkey's bidding by keeping Syria out of the Arab League and isolated.

He said that Cairo is working to galvanize Arab political support for Syria and against Turkey. “This is why Egypt sought to form an Arab committee to confront Turkish intervention by drafting reports and monitoring Turkish crimes in the Syrian territories,” he said. “The committee to confront Turkish interventions will support Damascus with Arab League reports about the crimes committed by the Turkish forces in Syria.”

Orabi said, “Egypt's presidency of the committee to confront Turkish interference in Arab countries is a guarantee of the Arab League’s continued interest in monitoring Turkish violations and reporting them to member states to be used in the [UN] Security Council to block Turkey diplomatically.”