Congressman beats challenger who wants to condition US aid to Israel 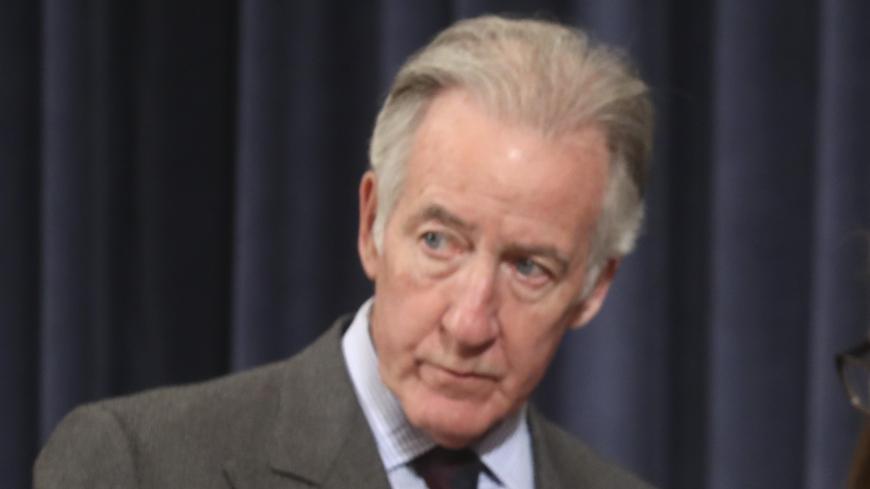 Democratic Rep. Richard Neal, the chairman of the House Ways and Means Committee, participates in the markup of a resolution involving the updated free-trade agreement between the United States, Mexico and Canada, on Capitol Hill in Washington, Dec. 17, 2019. - Mark Wilson/Getty Images

A pro-Israel Democrat handily defeated a primary challenge from a progressive, more pro-Palestine opponent in Massachusetts on Tuesday. Another Democratic candidate supportive of the Palestinian cause also lost in the northeastern state.

Both these results stand in contrast with the recent success of Democratic candidates critical of Israel in other states.

Rep. Richard Neal defeated Alex Morse by about 25,000 votes in Massachusetts 1st District, which includes the western city of Springfield. One group that spreads awareness on Palestinian issues said politicians are beginning to question the US-Israel relationship in a way they did not in the past, despite Morse’s defeat. They referenced Morse’s suggestion that the United States condition some assistance to Israel.

“The political landscape is certainly changing,” Palestine Advocacy Project spokesperson Sarah Gold told Al-Monitor. “Only five years ago it would have been unthinkable for a prominent politician to seriously suggest conditioning military aid to Israel.”

Morse, whose Jewish background reflects changing attitudes in that community, did not shy away from criticizing Israel. His endorsements reflected this. IfNotNow, a progressive Jewish organization that seeks to end Israel’s occupation of the West Bank, endorsed Morse.

IfNotNow’s political director said Morse’s idea to condition US military aid to Israel resonated with some voters, citing a poll from the news outlet Jewish Insider.

“It's clear that the progressive platform Alex promoted is popular,” Emily Mayer told Al-Monitor. “Polling published just this week makes it clear that a plurality of voters in his district support putting conditions on US military funding to Israel to achieve a just solution for both Palestinians and Israelis.”

Morse was also backed by the progressive organization Justice Democrats. This group is critical of US aid to Israel given the growth of settlements in the West Bank and wants to use US foreign assistance to effect policy changes.

Neal, who chairs the powerful Ways and Means Committee in the House, is generally supportive of Israeli policies. He was endorsed by Democratic Majority for Israel (DMFI), which describes itself as “the voice of pro-Israel Democrats.”

The organization’s political action committee said pro-Israel Democrats can still be successful in the party.

“So far this year, DMFI PAC has helped pro-Israel Democrats win 27 races, while losing only one contest,” Democratic Majority for Israel said in a statement.

The group also pointed to Ihsanne Leckey’s defeat in another Massachusetts primary Tuesday. Leckey was endorsed by Jewish Voice for Peace for the 4th District seat being vacated by Rep. Joe Kennedy in the southern part of the state. This organization supports various boycotts against Israel known as the boycott, divestment and sanctions movement. Unofficial results showed Leckey coming in fifth in a crowded field.

In August, Ilhan Omar, who entered Congress in 2019, defeated challenger Antone Melton-Meaux in her Minnesota district. Melton-Meaux received support from several pro-Israel groups who oppose Omar’s vocal criticism of US support for Israel.

The Democratic Party is split on the issue of Israel and Palestine. The Palestine Advocacy Project said Democratic voters will continue to move away from Israel as protests against police grow in the United States.

“The similarities between the direct and structural violence faced by BIPOC communities in the U.S. and that faced by Palestinians under Israeli occupation as well as within Israel’s formal borders are undeniable,” said Gold, using an acronym that refers to Blacks, indigenous people and people of color. “Those who recognize this — whose numbers are only growing — overwhelmingly vote Democrat.”

Several pro-Palestine organizations have sought to connect controversial police tactics in the United States to training conducted by Israelis, but those involved deny this link.

The Democratic platform approved at the party convention in August shows that the party is not afraid to criticize Israel’s policies, but still supports the country in terms of security. The platform stated its “commitment to Israel’s security, its qualitative military edge, its right to defend itself.” On the other hand, it criticized Israel’s plans to annex parts of the West Bank.