Turkish Workers’ Party member Baris Atay was attacked by a group of men when he exited a restaurant in Istanbul. The TiP reports that the "health condition of our comrade Barıs is good." 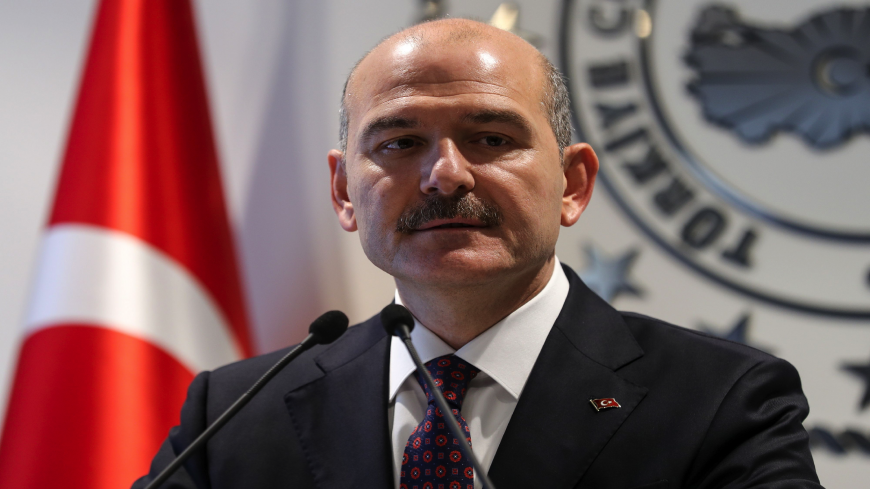 A Turkish opposition lawmaker filed a criminal complaint against Turkey’s powerful interior minister today after he was assaulted by unidentified men as he emerged from an Istanbul restaurant. Baris Atay, who was hospitalized for multiple injuries, said Interior Minister Suleyman Soylu had incited the attack through a threatening tweet. The affair is seen as a further dark page in Turkey’s descent into lawlessness and impunity.

Atay told Tele1 TV, a pro-opposition news channel, that one didn’t “need to be a soothsayer to grasp that the attack was linked to Soylu.” “It was a planned ambush,” he said. Eyewitnesses claimed one of the assailants had filmed the attack on his mobile phone while the rest laid into him before disappearing into separate directions.

“The interior minister targets a lawmaker. The same night, Baris Atay is attacked. Is [he] an interior minister or a gang leader? It’s impossible to tell,” tweeted Garo Paylan, of the pro-Kurdish Peoples’ Democracy Party (HDP), echoing anger aired by fellow opposition lawmakers.

The row between the pair erupted online over Musa Orhan, a Turkish serviceman accused of raping an 18-year-old girl who then took her own life and left a suicide note detailing how he’d abused her.

Orhan was set free shortly after his initial detention, provoking an outcry. He was rearrested and then released again last week pending trial, amid claims that Soylu had a hand in helping Orhan get out. Prosecutors freed Orhan on the grounds that he did not pose a flight risk, even as Osman Kavala, the globally renowned Turkish philanthropist, has been rotting in a Turkish jail for more than 1,000 days on fabricated charges of seeking to overthrow the government.

Orhan was expelled from the gendarmerie forces today.

On Aug. 26, the Interior Ministry rebutted claims that it had intervened on Orhan’s behalf, calling these baseless and ill-intentioned lies. Then on Aug. 30, Atay fired a tweet charging that Soylu had “shielded” a “serial rapist.” “We will do our utmost to ensure that you are confronted with this and never allowed to forget this for the rest of your life,” Atay vowed.

The tweet included excerpts of text messages Orhan allegedly sent to his friends in which he suggested he had raped other women and gotten off the hook. It didn’t take long for Soylu to respond with a tweet of his own, denigrating Atay as the “real rapist” and warning him “not to get caught.”

Hours later, Atay was overpowered by five men who threw him to the ground and began kicking him and calling him “traitor” before they ran off.

Emma Sinclair-Webb, Turkey director for Human Rights Watch, said the attack against Atay should be independently investigated by the prosecutor’s office but was unlikely to take place. She told Al-Monitor in a telephone interview, “In a situation like this where a physical attack on a member of parliament directly follows the minister of interior’s threatening words to that member of parliament, how are you going to be sure that an independent investigation of the incident will be carried out.” Sinclair-Webb continued, “It’s one thing for the prosecutorial authorities to investigate, but who do the prosecutorial authorities rely on? They rely on the police. Who do the police report to? They report to the minister of interior.”

Atay, a deputy chair of the left-wing Turkish Workers’ Party, made a living writing and acting in television series before being elected to parliament on the HDP ticket. He has frequently courted controversy. He has railed against Turkey’s support for radical Islamist groups in Syria and staged a one-man play called “Only a Dictator” that many have interpreted as a critique of Turkey’s autocratic president, Recep Tayyip Erdogan. It’s been banned multiple times.

There has been no formal condemnation from the government of the attack against Atay.

Zulfu Livaneli, a respected Turkish poet and bard, called the affair a “turning point” on his Twitter account today. Turkish society, he observed, was “being sucked” into a level of violence that “surpasses reason.”

Sinem Adar, a research associate at the German Institute for International and Security Affairs, said the “real turning” point was the abortive coup in July 2016. There has since been a progressive rise in violence permeating the state along with a steady erosion of state institutions, she told Al-Monitor. “The question that needs to be posed is what will replace these institutions as they are in the process of unraveling,” she said.

“Since the 2016 coup attempt, we have entered a stage where organized crime and the mafia have become the state, whereas they used to play a complementary role,” Adar added. Under previous governments, the state’s dirty tricks department would use notorious mafia figures to target its enemies, she said, citing Ryan Gingeras, an American academic and author of “Heroin, Organized Crime and the Making of Modern Turkey.” Gingeras has pointed to a “dramatic expansion” in organized crime in Turkey over the past decade, adding that Erdogan’s government appears to be “directly involved in criminal activity” itself.