Gezi Park detainees to finally get day in court

The Gezi trials, in which 16 people face life imprisonment without parole, are set to finally begin and will test judicial independence in Turkey. 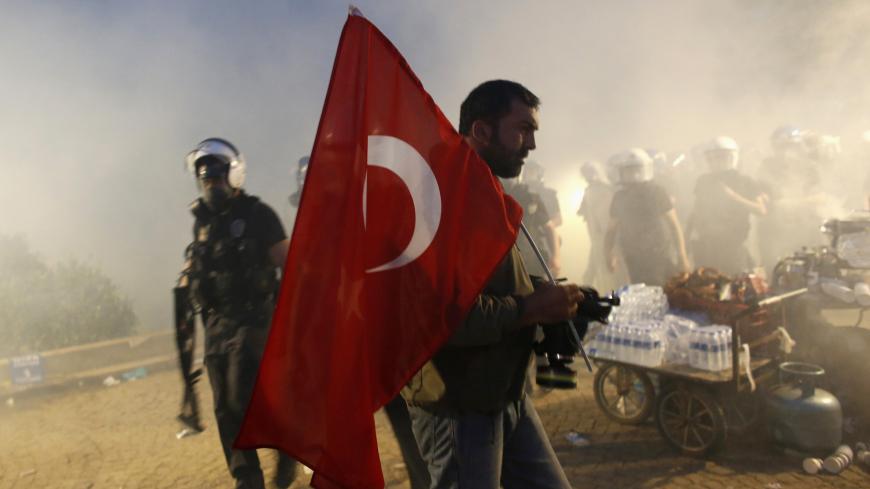 This weekend, the Istanbul election do-over will provide a vital test for Turkey’s democratic institutions. The assessment will continue on Monday, when the nation’s judiciary will be put in the spotlight with the start of the much-awaited Gezi trials.

Sixteen people are facing life imprisonment without parole for allegedly organizing and financing the 2013 Istanbul Gezi Park protests. Among them are the philanthropist Osman Kavala, who has been in pretrial detention since November 2017, and Yigit Aksakoglu, an early childhood education advocate who's been jailed for more than seven months.

A 657-page indictment issued on Feb. 20 charged the defendants with orchestrating a plot to overthrow the Turkish government through the Gezi protests, which spread across the nation after peaceful demonstrators tried to preserve a green space in central Istanbul in 2013. The defendants have denied the allegations and human rights advocates have criticized the indictment for containing evidence they claim does not amount to reasonable grounds for incrimination.

“It seems to be a politically motivated trial,” Emma Sinclair-Webb, the Turkey director for Human Rights Watch, told Al-Monitor. “The prosecutors provided all these phone calls, photographs and hundreds of intercepted conversations whose significance isn’t clear. … So you get this mass of evidence that’s not evidence at all.”

In the indictment, Sinclair-Webb said prosecutors cast the Gezi protests as an organized effort to undermine the Turkish state, and not as a spontaneous movement that grew out of widespread dissatisfaction with the government’s handling of what began as a peaceful protest. The organization's review of the indictment found no evidence “pointing to criminal use of funds” and no proof “the defendants incited the use of force and violence” in attempt to overthrow the government.

“I read the indictment and it’s ludicrous hodgepodge of guilt by association and non-sequiturs, which makes it pretty typical for Turkey’s political trials,” Howard Eissenstat, an associate professor at St. Lawrence University and nonresident senior fellow at the Project on Middle East Democracy, told Al-Monitor.

“They throw the kitchen sink at a target, it makes no sense at all, and they count on their control of the judiciary to move the process forward,” Eissenstat continued. “And the fact that it can be an extended process allows them to engage in effectively extrajudicial punishment through lengthy pre-trial detention.”

Human rights advocates have complained the charges weren’t brought against the defendants until one of the trial’s most prominent figures, Kavala, had been in pretrial detention for more than 15 months. Following Kavala’s detention in October 2017, numerous smear campaigns attacked the prominent philanthropist, claiming he had ties to Fethullah Gulen, the US-based cleric accused of orchestrating the 2016 coup attempt, as well as Metin Topuz, an employee of the US Consulate in Istanbul who is also being prosecuted over suspected ties with coup plotters.

Turkish President Recep Tayyip Erdogan has referred to Kavala as the “Soros of Turkey,” likening him to the Hungarian-American philanthropist George Soros, who has been criticized for his liberal programs in Eastern Europe. Ilkan Koyuncu, the attorney representing Kavala, said that instead of reflecting on the cause for the Gezi protests, Turkish officials have sought to shift the blame by using civil society leaders as scapegoats.

“In democratic countries, governments review their decisions and policies, evaluate protests and think about of their wrong decisions according to these types of protests,” Koyuncu told Al-Monitor. “In countries where criticism and the culture of democracy have not [been instilled], other reasons are sought and some conspiracy theories are created.”

“Hopefully, it will be proved that Turkey is a democratic country where freedom of speech is considered important after the [verdict] of Kavala’s case,” Koyuncu added.

The Gezi trial will be held in a courthouse in Silivri prison, where both Kavala and Aksakoglu are being held. Reports indicate the trial could last five days, but Sinclair-Webb said the proceedings might take just two days, as a separate trial is scheduled to begin in the same court on June 27. Regardless of the outcome, Sinclair-Webb said Kavala could remain in detention as there is an ongoing investigation regarding his links with the 2016 coup, for which he has yet to be charged, in addition to the Gezi trial.

“The sad part is that even if he’s released in this case, he could still be held under a separate potential charge,” Sinclair-Webb told Al-Monitor. “They’ve kind of got him behind bars twice.”

The trial comes after several years of sustained pressure on civil society organizations in Turkey following the coup attempt in 2016. More than 1,500 non-profit organizations and foundations have been shuttered under state-of-emergency decrees and peaceful assembly has been largely suppressed across the country. 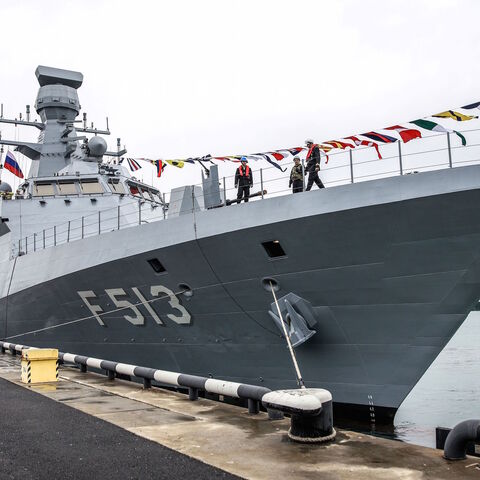