Turkish academic in Canada caught up in Ankara's anti-Kurdish sweep

Cihan Erdal, a Ph.D. candidate at Carleton University and permanent resident in Canada, has been held since late September on alleged terror links. 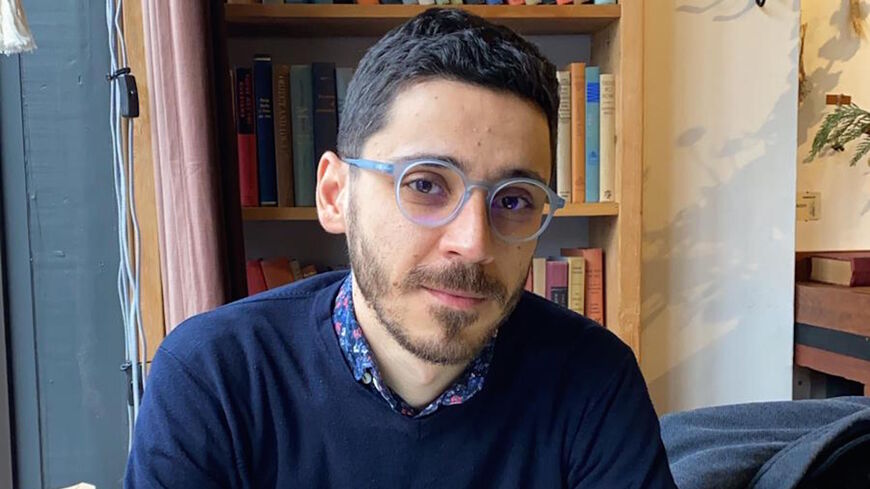 Cihan Erdal, a promising Turkish academic at Canada’s Carleton University with an unshakeable faith in his country’s future, never imagined he would mark his 32nd birthday away from his loved ones in a dark prison cell in the Turkish capital, Ankara, facing a potential life sentence.

Erdal, who is openly gay, is among 20 politicians, lawyers and civil society activists who were detained in nationwide raids Sept. 25 over alleged terror links.

Many were from the left-leaning and Kurdish-friendly Peoples’ Democratic Party (HDP). The group has been the target of years of intense judicial pressure buttressed by the unremitting and very vocal vilification of its members by Turkey’s authoritarian President Recep Tayyip Erdogan. Many of the HDP’s top leaders, including former co-chairs Selahattin Demirtas and Figen Yuksekdag, and multiple popularly elected mayors are behind bars on a panoply of thinly evidenced charges that they are acting in concert with outlawed Kurdistan Workers Party (PKK) rebels.

HDP officials believe the detentions are part of a broader government effort to lay the ground for banning their party and that like countless other arbitrarily detained innocents, Erdal was caught in the judicial dragnet.

Erdal was in Istanbul where he was carrying out research for his doctoral dissertation on youth-led social movements in Europe when anti-terror police burst into his rental flat at 9 a.m. and hauled him away in his shorts and sandals, not letting him bring any personal belongings, not even a toothbrush. They took him to the Ankara prosecutor’s notorious Bureau of Investigation for Terror Crimes, where he was held in solitary confinement in a windowless room for three days before being transferred to Ankara’s Sincan maximum security prison to await trial.

“It was Cihan’s first experience of jail, and to kick it off in a maximum security facility was pretty unsettling for him, as you can well imagine. Jail is a very frightening and often brutal place for LGBT people in Turkey,” said Levent Piskin, a prominent LGBT activist and one of three lawyers representing Erdal in Turkey. “Fortunately, he has not been subjected to any physical ill-treatment so far.”

After three weeks of persistent nagging, lawyers secured Erdal's transfer to a less restrictive wing where he shares a cell with two other inmates and has access to TV and some reading materials. He has started teaching English to one of them.

According to the Ankara chief prosecutor’s public statement, HDP co-chairs and members of its executive committee had provoked the violence by calling on people to take to the streets and support the demonstrators via social media.

Most of the people arrested Sept. 25 were serving on the HDP’s executive committee during the Kobani incidents in 2014. Erdal was among them. He had been drafted from Turkey’s burgeoning Green Movement as the HDP sought to expand its platform beyond the Kurdish issue and win support across Turkey. The strategy paid off. The HDP won seats in parliament for the first time in the June 2015 elections, robbing Erdogan’s Justice and Development Party (AKP) of its parliamentary majority, with millions of non-Kurds voting for the charismatic Demirtas. His success proved his undoing. Erdogan decisively pulled the plug on peace talks with the PKK. A 2½-year cease-fire with the rebels fell apart. The assault on the HDP began in earnest in the wake of the failed July 2016 coup. Demirtas and Yuksekdag were jailed soon after and deluged with a cocktail of outlandish charges. Thousands of fellow HDP members and sympathizers remain behind bars on similar grounds of aiding and abetting terrorists.

Erdal relinquished his HDP duties in 2015 and moved to Canada in 2017. He has steered clear of politics ever since. Erdal’s detention has received wide media coverage in Canada. More than 2,500 academics worldwide, including famed scholars Noam Chomsky and Judith Butler, have signed a petition demanding the Canadian government support his release. Diplomatic sources argue, however, that since Erdal does not hold Canadian citizenship, there is little the Canadian authorities can do to press his case.

“We were planning to get married next year,” said Omer Ongun, a dancer turned consultant who was the first of the pair to move to Canada for work. The couple has been together for 11 years. “Now the whole world knows,” the 33-year-old told Al-Monitor in a Skype interview.

He said Erdal had no qualms about returning to visit his parents and do fieldwork for his dissertation despite the cloak of repression enveloping Turkey. “He believes there’s a better future for Turkey where people of different ethnicities and creeds can co-habit peacefully. He’s never given up and he won’t; we won’t,” said Ongun. 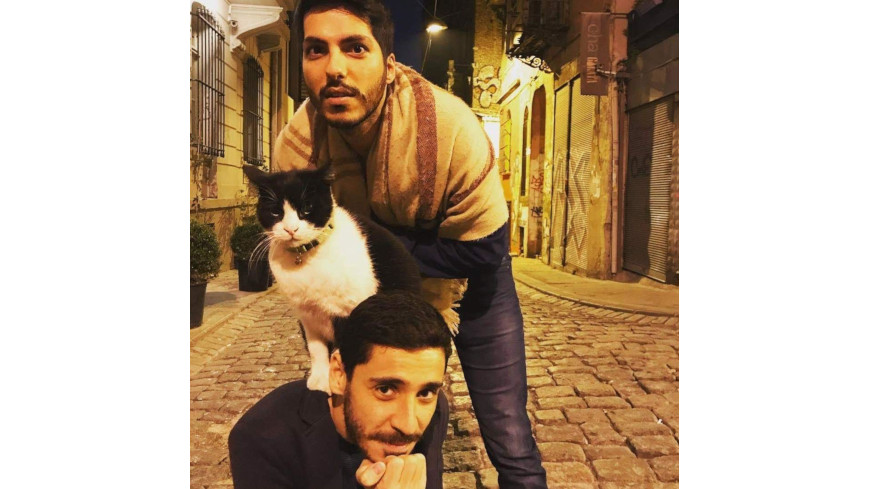 “I know Erdal, and he was one of the most naive people in the party; he wouldn’t hurt a fly,” said Garo Paylan, an HDP lawmaker. This is literally true, according to Erdal’s father, Gurhan, who grows olives in their native province of Manisa and calls Ongun “my third son.”

“When Cihan helped out on the farm, he would not allow me to use pesticides, saying ‘those insects are living beings too, father.’ My boy is gold,” he told Al-Monitor.

The investigation has been slapped with a secrecy order, thereby restricting lawyers’ access to the files. But Piskin said the substance of Erdal’s interrogation suggests the case against him rests on his membership of the committee and a tweet he had posted with the hashtag #Kobaniisresisting. Piskin told Al-Monitor the case was “full of holes.” If he had committed a crime, why had it taken prosecutors six years to come up with the charges against him? Erdal had already been interrogated once in 2015 over his HDP connections, and no charges were brought against him at the time.

Like many, Paylan is convinced the Kobani charges are being resurrected in order to paralyze the HDP in the run-up to presidential and parliamentary elections that are due to be held in 2023. Should the party fail to scale the minimum 10% of national votes needed to win seats in parliament, this would give Erdogan and the AKP a comfortable majority and lessen their current dependency on the nationalists. “They want to annihilate us; it’s clear,” Paylan said. He and six fellow HDP lawmakers are facing prosecution over the Kobani riots as well. Prosecutors have initiated steps to strip them of their parliamentary immunity.

Others argue the government wants to shut the HDP down altogether. Proving the party was involved in violence would make any closure easier to justify — that is, assuming the government would even bother to.

Prosecutors have yet to draw up an indictment, and no trial date has been set.

“This is another case of the prosecutor’s office in Ankara taking down from the shelf a dusty folder that is about an investigation launched into these protests about the Kobani siege in October 2014 that the AKP has instrumentalized constantly against the HDP, especially against Demirtas. It’s the pretext under which Demirtas is currently held under detention,” said Emma Sinclair-Webb, Turkey director for Human Rights Watch.

“In calling for people to express solidarity with the Kurds of Kobani, to be critical of the government policy on Kobani and expressing that democratic right to protest, it’s very clear that Demirtas and the HDP were not calling for violence,” she told Al-Monitor.

“Yet the prosecution presumes that a political party that made this call could have foreseen that this would turn very violent and then holds the party responsible for armed separatism, inciting crime, murder, everything. The lie in all of this is that you are saying the people who called for demonstrations were actually responsible for murder,” Sinclair-Webb added.

The arbitrary nature of the case was on full display when Ayhan Bilgen, a former HDP lawmaker, became the last big-city mayor to be effectively ousted from office when he was detained in the Sept. 25 sweep. Bilgen, who stepped down as co-mayor of the eastern city of Kars in the wake of his arrest, had spent several months in pre-trial detention on the exact same charges — acting under the orders of the PKK to stoke violence over Kobani. The constitutional court struck them down, ordering the state to compensate Bilgen for his unlawful detention. “This is how they compensated him,” Paylan said.

Bilgen and Erdal are now neighbors in the same block of cells. On Oct. 22, the sound of Bilgen’s voice filled the air as he sang a happy birthday song for Erdal. “He has a lovely voice,” Erdal wrote in a letter to Ongun, his first from prison, that was relayed by a common friend from Turkey today.