Ankara has arrested a man suspected of planning “a sensational attack” in Istanbul and six others in raids that point to a festering Islamic State problem in Turkey. 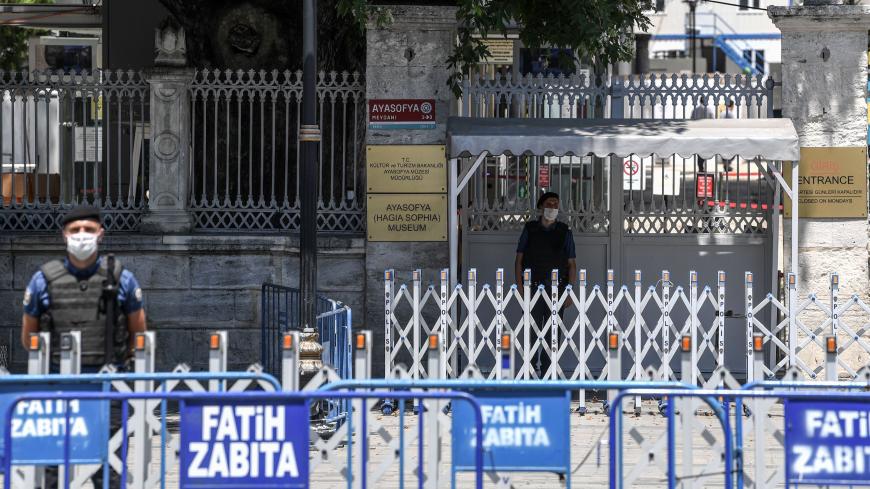 A suspected Islamic State militant planning what Turkish authorities have labeled “a sensational attack” was detained in Istanbul, the state-run Anadolu news agency reported Tuesday. Details were scant; the militant, identified solely by the initials H.S., was apprehended in a raid on a hotel in the city’s Kucukcekmece suburb. The man’s nationality was not revealed but he had crossed illegally in to the border province of Gaziantep from Syria and was in possession of an automatic rifle, ammunition and spare magazines. He had staked out Istanbul’s central Taksim Square, frequented by tourists and home to numerous bars, in apparent preparation for the attack, Anadolu reported.

Police detained six other suspected IS militants in the central Anatolian province of Kayseri in dawn raids, the English-language Daily Sabah reported.

No information about their provenance or plans is available. Coming on the heels of a separate anti-IS raid in the province of Bursa this month, the arrests point to Turkey having a festering IS problem. The most recent Defense Department inspector general’s report on the US military mission in Iraq and Syria called its NATO ally a “a major facilitation hub” for IS operatives, financing and weapons. It acknowledged, however, that Turkey was doing more in recent years to counter IS as the group seeks to resurrect itself in Iraq and Syria.

Turkey designated IS as a terrorist organization in 2013, but it has long been accused of serving as “a jihadi highway” with security forces looking the other way as thousands of foreign fighters and Turkish nationals flowed illicitly through its porous 911-kilometer (566-mile) border with Syria.

A June 29 report by the International Crisis Group, an independent conflict prevention organization, estimated that 5,000-9,000 Turkish nationals, more than from most countries, had traveled to Syria to live in the IS “caliphate” before it crumbled definitively in March 2019 at the hands of the US-led coalition and their Kurdish allies. Thousands have since returned, with “many slipping undetected back across the border.”

Turkey has boasted of secret missions to exfiltrate Turkish IS fighters’ families from the notorious al-Hol camp in northeastern Syria. It’s unclear what sort of vetting, if any, such individuals undergo ahead of their repatriation. “Prosecutors and judges largely assume that women who went to Syria or Iraq to live under [IS] rule were simply obeying their husbands and had little agency,” the report observed. Yet it’s been well established that women contributed to some of the worst excesses of IS, including the enslavement of Yazidi women and children.

Berkay Mandiraci, a Crisis Group analyst who co-authored the report, said as of the end of 2019 there were around 450 Turkish citizens and 750 foreigners from 40 different countries being held in Turkish prisons over their alleged links to the jihadis. “Particularly since 2017, Turkish security agencies have devised effective, hard security measures to keep in check IS operatives in Turkey, including returnees from Syria and Iraq. They have done so by tracking individuals through intensive surveillance, intimidating those who they assessed remain engaged with militants, and by infiltrating into what is left of IS’ networks,” Mandiraci told Al-Monitor.

Turkey was finally jolted into action when IS attacked a police station in Gaziantep in May 2016 and went on to target the country’s multi-billion-dollar tourism industry. Until then, the jihadis had focused their attacks on pro-Kurdish activists, killing 147 people in separate attacks in Suruc, Diyarbakir and Ankara in 2015, just as the Turkish military escalated its attacks against US-backed Syrian Kurdish forces combatting IS.

“These measures, together with IS’ diminished allure, have helped prevent new attacks since January 2017,” Mandiraci said. However, there remains “an unknown and sizeable number of IS-affiliated foreigners in Turkey” who are connected to lesser known cells and far harder to track down, he added.

An abiding problem is that Turkish officials continue to view IS as a lesser threat than Kurdish insurgents and alleged disciples of the Pennsylvania-based preacher Fethullah Gulen who sought to bloodily overthrow Turkish President Recep Tayyip Erdogan in a thwarted coup in July 2016. They might want to reconsider that order. Aymenn Jawad al-Tamimi, a British specialist on militant groups in Syria, recalled that IS “considers Erdogan and the Turkish government apostates on account of the system of government there,” and are hence seen as legitimate targets.

Erdogan’s increasingly overt embrace of political Islam, telegraphed by last month's conversion of the world famous Hagia Sophia cathedral to a mosque, has left the jihadis unimpressed. Al-Tamimi told Al-Monitor, “The Islamic State outlined its position on the conversion of the Hagia Sophia into a mosque in issue 243 of its al-Naba newsletter. [It] rejects the idea that opening the Haghia Sophia as a mosque justifies the means by which it was realized: namely, resorting to the arbitration of a court deemed un-Islamic.” Al-Tamimi continued, “The group asserts the greatest interest is Tawheed [the oneness of God] and rejecting shirk [the sin of idolatry], and that is to take precedence over something like the opening of the Hagia Sophia as a mosque.”