Is the AKP’s negative election campaign alienating too many social groups in Turkey and creating a united front against it? 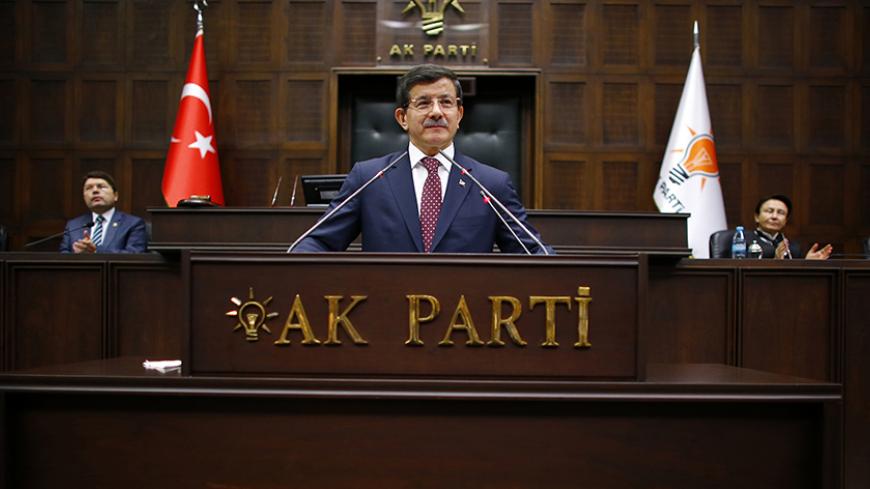 It has been a heated election campaign in Turkey. Not a day passes without one of the Turkish leaders’ words making the headlines. On May 29 Republican People’s Party (CHP) leader Kemal Kilicdaroglu criticized President Recep Tayyip Erdogan’s lavish lifestyle by saying, “The government forgot the poor. Of course Erdogan would not understand it. Now they are using golden toilet seats.” Erdogan did not take this lightly. In a TV show on May 31, he replied, “I ask Kilicdaroglu to tour the residence, and see whether or not he can find a golden toilet seat. I challenge him to find one.” The following day, at a rally in the eastern city of Erzurum, Erdogan raised the bar and said, “They are going to have me ask you, Kilicdaroglu, did you tour or clean the toilets at the presidential palace — how else would you know the toilet seats are made of gold?” The opposition was perplexed by Erdogan’s reply. On June 1, Kilicdaroglu said in a TV interview, “I kiss the hands of the janitors who earn a living cleaning toilets. I respect all workers. This should be a sufficient answer for the president.”

In this campaign season, Erdogan and his team have gotten increasingly aggressive. While the opinion polls are indicating a diminishing vote share for the Justice and Development Party (AKP), the ruling party has offended multiple segments of society. Here are some of the most striking examples:

On May 28, at an event for bus drivers in Ankara, Erdogan criticized the pro-Kurdish Peoples’ Democratic Party (HDP). He said, “We do not nominate a mufti [senior Islamic scholar] in one city, and a gay candidate in another.”

The HDP has taken pride in their nomination of candidates from different ethnic and religious backgrounds and sexual orientation.

Rasim Ozan Kutahyali, a journalist said to be close with Erdogan, wrote a piece for Al-Monitor in August 2014 explaining the support of pro-Erdogan LGBT groups for the AKP, so it is rather puzzling to hear Erdogan utter such words. Erdogan’s harsh criticism was taken further by pro-AKP pundits. In the Yeni Safak daily, one column appeared with the title “HDP cannot represent pious Kurds.” The columnist argued, “Kurds culturally have been an Islamic community who care about honor the most. Now the HDP ridicules this culture, frowns upon it and turns it upside down with images of female prostitutes. To add insult to injury, they also nominated a homosexual. Oh HDP, with all this how can you represent the Muslim Kurds?”

Sexual identity was not the only issue that concerned the AKP. On May 29, Ankara’s longtime Mayor Melih Gokcek, who is a member of the AKP, told the press, “I call upon my fellow Kurdish citizens to not attend the HDP’s Istanbul rally, because it is a rally for Armenians. It is said that 150-200 Armenians are brought into Istanbul for the rally. It is an Armenian rally. Kurds should not be there.”

This statement was similar to what Prime Minister Ahmet Davutoglu expressed on May 27 at a rally in Batman province. Davutoglu said, “Who supports the HDP? The Communist party in France, those who belittle the ordinary citizens in this country, the old guard, seculars, the Gulen movement and the Armenian diaspora. How could a Turk, Kurd or Arab benefit from those who befriend the Armenian diaspora?”

Social media was abuzz following the AKP leaders’ statements: “My dear Kurdish brother. Wake up! The HDP is serving the Armenian diaspora, not Muslim Kurds.”

This election campaign was surely enriched by colorful personalities. One of these remarkable moments took place during the Istanbul Conquest Day festivities on May 30. An unidentified man wearing religious garb grabbed the microphone and said, “I had a dream where the Prophet Muhammad had chosen Davutoglu as the prime minister.” As the crowd cheered him on, he urged the audience to vote for the AKP.

It was later discovered that this man is a member of the prominent Ismail Aga religious order. He was photographed marching with a banner that read, “Our sheikh is Mahmud Effendi, and our hero is Tayyip Erdogan.” The march was extensively reported on in pro-AKP conservative newspapers.

No election campaign would be complete without stoking the fires of the anti-Israeli stand that borders on anti-Semitism in Turkey. There were some examples of this as well.

Davutoglu attended a rally in Diyarbakir on May 31, which coincided with the fifth anniversary of the attack on the Mavi Marmara flotilla. Davutoglu’s rally started with praises for the city: “Each time I am in Diyarbakir, I feel the scent of tawheed [Islamic term for oneness with God] and the prophet.”

Davutoglu referred to Jerusalem and Al-Aqsa Mosque multiple times, and he emphasized that he prayed for God not to allow Diyarbakir to be taken away from Islam and fall into the hands of those who claim that Jerusalem belongs to the Jews. Then he told the crowds, “Diyarbakir is the sibling of Jerusalem and Mecca.” He recalled the martyrs of the Mavi Marmara incident and said, “When they were on the flotilla, they did not care who was a Kurd or a Turk, they marched into martyrdom in Palestine.” In the meantime, the pro-governmental Sabah newspaper headlines read, “[The] New York Times, managed by a Jewish family, here with its 100 years of Turkey hatred documented.”

To top all this, the AKP released for the Istanbul Conquest Day rally a campaign ad in which the call to prayer was chanted at the Haghia Sophia Museum. Built as a Greek Orthodox basilica, it was converted into an imperial mosque during the Ottoman era. It has been a museum since 1935. In the last decade, there has been a small but resilient movement in Turkey to reopen Haghia Sophia as a mosque. The AKP from time to time has brought this issue to the forefront.

This time, a group of independent religious figures — including scholars, sheikhs of religious orders and waqf leaders — and prominent Religious Affairs Directorate imams appeared in a 14-minute video that was launched on social media asking for support for the “Great Haghia Sophia March on May 24.” The Islamic scholars and imams explain that in the land of Islam, no mosques can be used for purposes other than worship, and that this is the will of Sultan Fatih, who conquered Istanbul. The march was also a solidarity move for the imprisoned Egyptian President Mohammed Morsi. The event made sound waves only in a few Islamic pro-AKP news outlets. Opposition news outlets have interpreted the AKP’s Haghia Sophia ad as a gimmick to attract pious voters from other right-wing parties. Oddly enough, on May 26, HDP Chairman Selahattin Demirtas had warned the public that the AKP would reignite the Haghia Sophia Mosque fever.

So far, the AKP’s negative campaign has been rather aggressive in targeting groups that other parties might embrace or those that fail to show affection for the AKP. Most recently, on June 1 Erdogan criticized a peaceful protest against him in Igdir. Erdogan got upset and said, “Forgive me, but I saw these people turning their backs to me, making gestures. If they have some morality the place for politics is the parliament.” In Kurdish regions it is now common to see people turn their backs to AKP representatives to show their disapproval.

Today, under debate is what these people could have done other than turning their backs to Erdogan. The AKP has experienced that each time there is a challenge, Erdogan’s negative campaigning manages to rally the public behind him. This time, however, one wonders if Erdogan and his team took it a little too far. Could this negative campaigning accelerate the unification of an otherwise divided opposition against the AKP?