Sudan's prime minister said his transitional government lacks the authority to establish relations with Israel and Sudan should be removed from the United States' list of state sponsors of terrorism regardless. 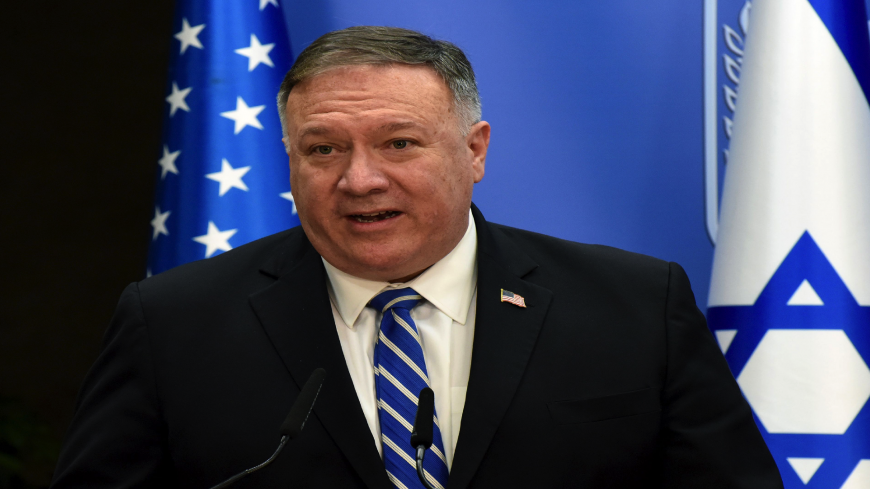 US Secretary of State Mike Pompeo speaks during a joint statement to the press with Israeli Prime Minister Benjamin Netanyahu (unseen) after meeting in Jerusalem, on August 24, 2020. - Pompeo arrived in Israel kicking off a five-day visit to the Middle East which will take him to Sudan, the United Arab Emirates, and Bahrain, focusing on Israel's normalising of ties with the UAE and pushing other Arab states to follow suit. - Photo by DEBBIE HILL/POOL/AFP via Getty Images

US Secretary of State Mike Pompeo discussed Sudan’s relations with Israel in a visit to Khartoum on Tuesday, but normalization between the two countries may not happen so fast.

Pompeo spoke to Sudanese Prime Minister Abdalla Hamdok in a meeting Hamdok described as “direct and transparent.” The two discussed the possibility of the United States removing Sudan from the state sponsors of terror list and Sudan’s transition to democracy after the deposition of long-time ruler Omar al-Bashir last year, according to the state-run Sudan News Agency.

The top US diplomat also met with Lt. Gen. Abdel Fattah al-Burhan, who is the head of state in Sudan’s transitional government. The State Department said in a press release the two discussed the “continued deepening of the Israel-Sudan bilateral relationship."

Sudan and Israel lack formal relations, which is the case with Israel and most Muslim states. This month, the United Arab Emirates (UAE) agreed to normalize relations with Israel with US support, prompting speculation that more countries in the Arab world could follow suit.

There have been indications Sudan may be next to establish ties with Israel. The country’s Foreign Ministry spokesman, Haidar Badawi, voiced support for normalization this month but was then fired. Burhan met Israeli Prime Minister Benjamin Netanyahu in February.

On Tuesday, Hamdok said his transitional government does not have the authority to establish relations with Israel and that Sudan’s removal from the terror list should remain unrelated to this, Reuters reported. Sudan’s inclusion on the list dates back to the Bashir era when Sudan was isolated internationally over its actions in Darfur and the south.

Pompeo and Hamdok also spoke about negotiations on Ethiopia’s Grand Ethiopian Renaissance Dam, according to the State Department. Ethiopia and Sudan pledged on Tuesday to reach an agreement on the mega dam.

Pompeo is currently on a tour of Middle Eastern states. He met Netanyahu in Israel on Monday. He will next go to Bahrain and the UAE.