While an increasing number of rape and sexual assault victims are speaking out in Iran, the country's legal code often prevents justice from being realized and even puts some victims at risk of punishment. 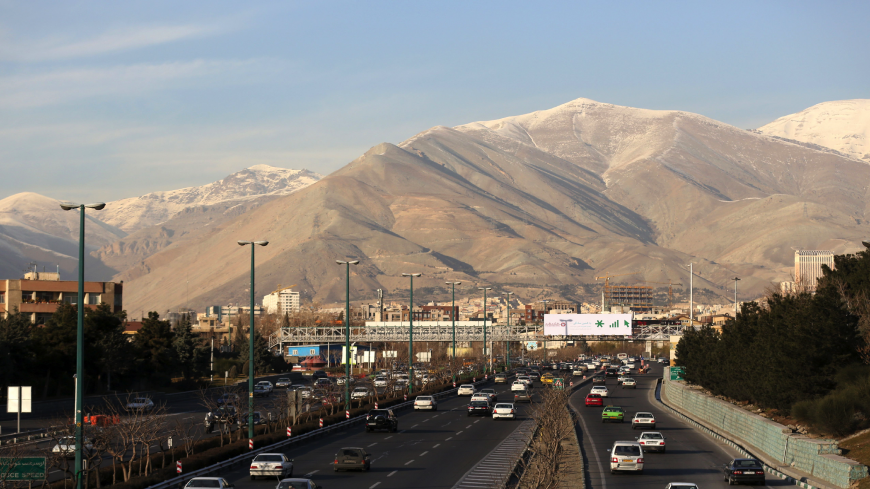 A picture shows a clear view of the mountains as seen from west of the Iranian capital Tehran on Jan. 4, 2016. - ATTA KENARE/AFP via Getty Images

Just a few years after the West was consumed with the #MeToo movement, a similar movement has finally emerged among Iranians, sending shockwaves across Persian language social media. Over the past week, many women and men have come forward to talk about their experiences of rape and sexual assault by dozens of high-profile figures in the country. Despite the fact the official media inside Iran remains indifferent to the story, this MeToo wave has stirred public uproar to the point that the police in Tehran arrested a well-known bookshop owner who was accused of rape by several women.

Within any social context, talking about these experiences is not easy. So no one can doubt the bravery and courage of those individuals who break the taboos and talk about their personal experiences of sexual harassment in a country where patriarchal values are reproduced and reinforced by the state.

Although breaking the silence is the first step to address the problem, Iran does not have the right legal infrastructure to deal with this multifaceted challenge constructively. Without clear legal definitions for rape and sexual assault in Iran’s criminal laws, victims who come forward actually put themselves at risk of being accused of criminal conduct.

What I have seen in recent days has brought back the bitter memory of a client I was representing as a lawyer over a decade ago in Tehran. The young woman claimed to have been raped by her father repeatedly between the ages of 14 to 18. She was traumatized by this experience, and it cast a shadow on most aspects of her life. Even after she got married, she never could establish a healthy emotional and sexual relationship with her husband. After seeking medical treatment unsuccessfully, she realized what she needed was closure and for her father to admit what he had done. But when her father refused, she came to me hoping the law could help her get what she wanted. But this was not an easy path.

Under Iran’s penal code, most sexual crimes extend from the crime of “zena,” which covers adultery and premarital fornication between a man and a woman. Under zena, both parties are engaged in a criminal act. Rape is not a standalone crime in the penal code. Instead, rape is classified as zena “by force” that is done without the consent of the victim. In other words, the line between zena, where both parties are criminally liable, and zena by force, where only the assailant is liable, is a thin one. And if the element of “force” can’t be established, then a victim could be seen as a criminal.

I told my client about the 2004 case of Leila Mafi who was sentenced to death and accused of zena with one of her maharem (close blood relatives). Leila had consistently accused her brother of rape. The brother denied the charges of rape or even having intercourse with her. He was sentenced to 74 lashes on the lesser charge of practicing an immoral act. But Leila, who had in reality been a victim of rape, was sentenced to death because she stated that there was intercourse, effectively confessing zena.

Cases of rape are hard enough to prove and often come down to he-said-she-said testimonies. Women’s testimonies are not even granted the same evidentiary value as men’s under the law. In most cases, victims must present proof that is beyond their abilities. Zena and rape are the act of illicit intercourse and involve similar proof. But if the female victim can’t prove the act was not consensual, she leaves herself open to becoming a criminal suspect accused of committing zena. Adding to risks victims face when coming forward, making a false claim of zena is a crime itself, which is punishable by lashings. This overlap between rape and consensual zena is one of the biggest shortcomings of the Iranian criminal justice system and is one of the reasons why victims often do not file a court case when a crime takes place. The law does even less to address marital rape or forms of rape and sexual assault short of intercourse.

Adding another obstacle to proving rape, Iran’s Criminal Procedure Code effectively prohibits prosecutors and law enforcement from investigating most cases of zena, sodomy and other crimes against morality, with a few exceptions. Morality crimes such as zena and zena by force are directly referred to court. The lack of a full investigation led by the prosecutor’s office often means evidence is thin and makes it easier for the accused to be acquitted.

Cases of rape are dealt with in provincial criminal courts. These courts consist of five male judges, and many victims refrain from sharing the details of the crime they suffered as they feel too shy or respectful of moral and ethical norms to speak candidly to a room of male authority figures. No attention is given to the security and privacy of the victims during the prosecution and court sessions, which makes it even harder for them to tell their stories.

If matters are not complex enough, if zena by force is proven, the punishment could include stoning to death, hanging or lashings. These extreme sentences discourage some victims from seeking justice because they do not want to pave the way for such cruel punishment, even for a rapist.

Given all these hurdles, often the victims are left no good choices. Whatever they do, there will be either legal or emotional consequences. Not surprisingly, I could not do much for my client who was raped by her father. Although we wanted to file a case, there were far too many challenges. Her father even threatened to press counter-charges, so in the end, she left the case even more traumatized.

My client’s disappointment with the legal system was nothing unusual because many victims of rape in Iran face similar challenges. The new movement that has started on social media to confront sexual harassment in any shape and form is very good news. It is great that many victims — despite social and cultural challenges — are breaking their silence and talking about their experiences. But unfortunately, in the absence of a fair and rigorous legal system, one cannot expect meaningful change, at least in the short term. Although having a national conversation about rape and sexual assault is a very good start, the biggest challenge for progress is drastic legal reform.