Under the Qatari-brokered agreement, the militants will cease their attacks in return for Israel lifting restrictions at the border. 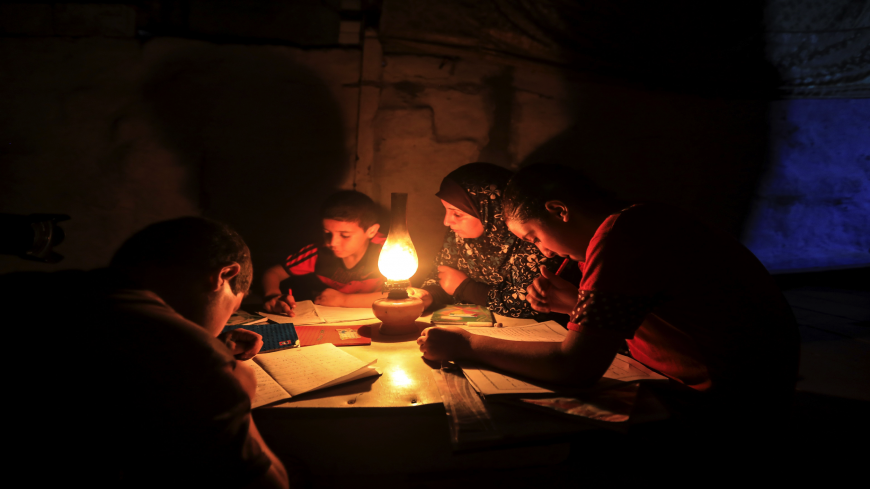 Palestinian children do their homework using a gas lamp during a power cut after Gaza's sole power plant shut down amid tension with Israel, in an impoverished household in Khan Yunis in the southern Gaza Strip, on Aug. 18, 2020. A rocket was fired on the evening of Aug. 18 from Gaza toward Israel, the army said, hours after the Jewish state warned Hamas it was risking "war" by failing to stop incendiary balloon attacks. - Photo by MAHMUD HAMS/AFP via Getty Images

The Islamist militant group Hamas announced Monday it had agreed to a Qatari-brokered deal aimed at ending weeks of spiraling violence at the Gaza Strip’s volatile border with Israel.

"An understanding was reached to rein in the latest escalation and end aggression against our people," said the office of Hamas leader Yahya Sinwar. “Several projects were announced that will serve and alleviate the situation for our people in Gaza, given the coronavirus crisis that has struck us.”

Palestinian militants have been launching bomb-laden balloons and rockets into southern Israel for the past month, setting fire to swathes of farmland. Israel has responded with near-daily airstrikes and tank fire on Hamas-run military facilities and underground infrastructure.

The Israeli government had also suspended fuel imports into the besieged territory, closed the Kerem Shalom border crossing into Gaza to all but humanitarian supplies and effectively banned commercial fishing off the enclave’s coast.

The Coordinator of Government Activity in the Territories (COGAT), Israel’s military-run body that handles civilian matters in the Gaza Strip, said the crossing would reopen on Tuesday. COGAT also announced that access would be restored to Gaza’s offshore fishing zone, Haaretz reports.

Since Hamas seized control of Gaza from the Palestinian Authority in 2007, Israel and the militants have fought three wars. Egypt and Israel have maintained a blockade that rights groups say amounts to collective punishment.