22 mummies to parade across Cairo

Preparations are almost ready for the transfer of 22 pharaonic mummies from the Egyptian Museum in Tahrir Square to the National Museum of Egyptian Civilization in Fustat. 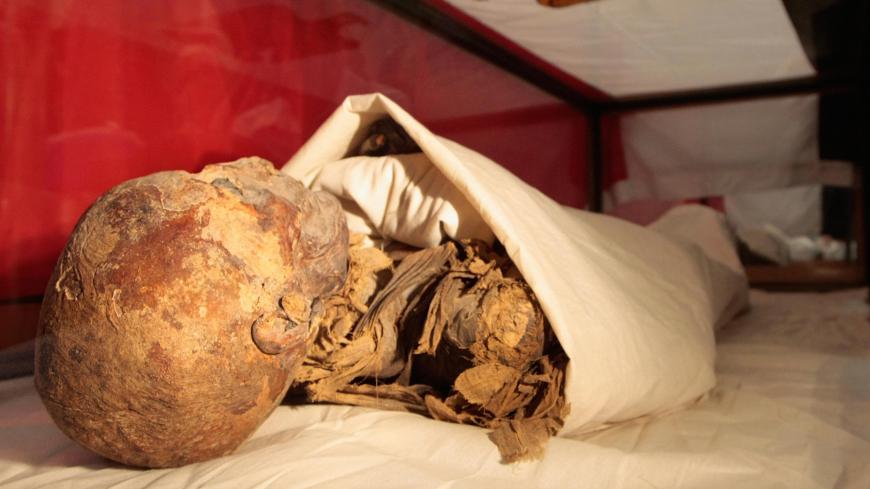 The mummified remains of Queen Hatshepsut, ancient Egypt's most famous female pharaoh, lie in a glass case under the national flag moments before being unveiled at the Cairo Museum, June 27, 2007. - CRIS BOURONCLE/AFP via Getty Images 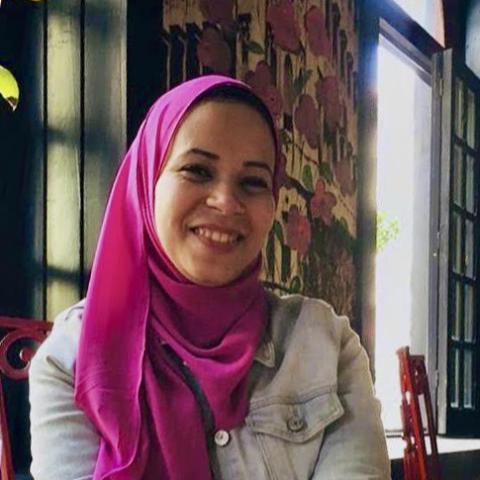 CAIRO — Egypt will soon witness a solemn procession in which 22 Pharaonic royal mummies are to be transported from their current exhibit in the Egyptian Museum in Tahrir Square to their new permanent display in the National Museum of Egyptian Civilization in Fustat. The move is expected to take place in the next few weeks.

The mummies date to the 17th, 18th, 19th and 20th dynasties. They count 18 kings and four queens, including King Ramses II, King Thutmose III, King Seti I, Queen Hatshepsut and Queen Merit Amon, wife of King Amenhotep I, as well as Queen Ahmose Nefertari, wife of King Ahmose I.

On July 27, the Ministry of Antiquities and Tourism announced that the National Museum of Egyptian Civilization in Fustat had received 17 royal coffins to be restored in preparation for receiving the royal mummies from the Egyptian Museum in Tahrir.

Manal al-Ghannam, director of restoration at the National Museum of Egyptian Civilization, told Al-Monitor, “There is an Egyptian team working with the latest equipment to preserve, maintain and pack the mummies with the highest efficiency. The materials used are all safe and will not harm the mummies. Each mummy is examined and restored separately, taking into account several factors, including temperature, humidity, lighting and the surrounding environment of each of them. Each mummy is placed inside a nitrogen capsule with specific standards, and the transporting will be done inside specially designed boxes.”

“The team finished their work after about two and a half years, and the mummies are now ready for transportation,” she added.

The development of the National Museum of Civilization comes as part of a project to develop historical Cairo and turn it into a tourist attraction. The plan includes the development of the Cairo Citadel Aqueduct, Ain As-Sira Lake and Tahrir Square along with the establishment of the Rubiky industrial park and the elimination of slums.

The National Museum of Egyptian Civilization is located in the historic city of Fustat — the first Islamic capital of Egypt after the conquest in 641 AD — covering ​​33.5 acres and overlooking Ain As-Sira Lake.

The museum’s foundation stone was laid in 2002. It is the first museum to be devoted to the entirety of Egyptian civilization. Its construction was completed in 2005 and it was partially opened to the public in 2017. More than 50,000 artifacts show the stages of Egyptian civilization from the earliest times to the modern era. The museum is coordinating with UNESCO on protecting and preserving Egypt's cultural heritage.

Moamen Othman, the head of the museums department at the Ministry of Tourism and Antiquities, told Al-Monitor, “The Civilization Museum contains a large hall equipped with the latest technology to display the mummies. Each mummy will be displayed alongside its coffin and some distinct artifacts pertaining to the king and the ruling period, which is not feasible at the Tahrir Museum.”

The ambitious plans to transport all the mummies in a procession has some scientists concerned. Ibrahim Badr, assistant professor of archeology restoration at Misr University for Science and Technology, told Al-Monitor, “Dealing with mummies is difficult and very sensitive, so would be best to transport one or two mummies at most, not 22 mummies at once.”

The Egyptian Museum is the oldest archaeological museum in the Middle East. Inaugurated by Khedive Abbas Helmy II in 1902, it includes the largest collection of ancient Egyptian antiquities in the world, spanning from the predynastic period to the Greek and Roman eras.

Director Sabah Abdel Razek told Al-Monitor, “Work is underway to to display new items in the mummies hall of the Egyptian Museum, among them the Fayum portraits discovered in 1888, which are a collection portraits that were used to cover the faces of mummies, instead of masks, in the Roman era.”

He went on, “The Egyptian Museum will retain its visitors because it still contains important artifacts such as the Yuya and Thuya collection, the Akhenaten statue, the Queen Hatshepsut statue, the Khufu statue and the Khafre statue, among other rare and distinctive pieces.”

Othman said that the Egyptian Museum is cooperating with five European museums, including the Louvre and the Berlin Museum, on possible loans of antiquities.