The American University of Beirut said air quality has returned to normal following the explosion of ammonium nitrate on Tuesday that killed around 150 and injured thousands. 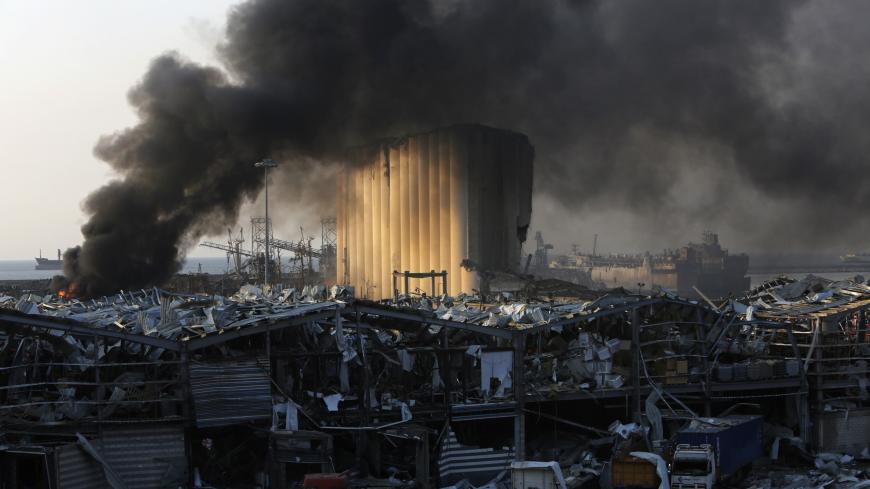 Smoke rises from a port facility after a large explosion on Aug. 4, 2020, in Beirut, Lebanon.

Air quality has normalized in Beirut following Tuesday’s horrific explosion, according to a top Lebanese university.

Indicators of air quality have returned to normal in the Lebanese capital, a research lab at the American University of Beirut said Wednesday.

On Tuesday, a massive explosion rocked Beirut when 2,700 tons of the fertilizer ammonium nitrate blew up. The blast caused damage throughout the country, killing more than 150 and injuring thousands. More than 300,000 people are now homeless due to the explosion.

The chemical nature of the explosion led to concerns that air quality could be affected, adding more pain to Lebanon in the wake of the tragedy. Air quality reduced sharply in the two hours following the explosion, but on Wednesday, the American University of Beirut said it “does not present a public health threat.”

An explosion of ammonium nitrate produces dangerous nitrogen oxide pollutants, a Cypriot official told the Cyprus Mail news outlet. Cyprus, an island west of Lebanon, was concerned the fumes could reach there.

The American University of Beirut measures air pollution levels daily in the country. Lebanon has suffered from high levels of air pollution in recent years.