US threatens sanctions in bid to restore oil sharing in Libya

The US government raised the specter of sanctions on unspecified parties involved in Libya’s civil war yesterday after Libya’s oil authority accused the United Arab Emirates (UAE) of obstructing efforts to restore petroleum revenue sharing between the country’s warring sides. 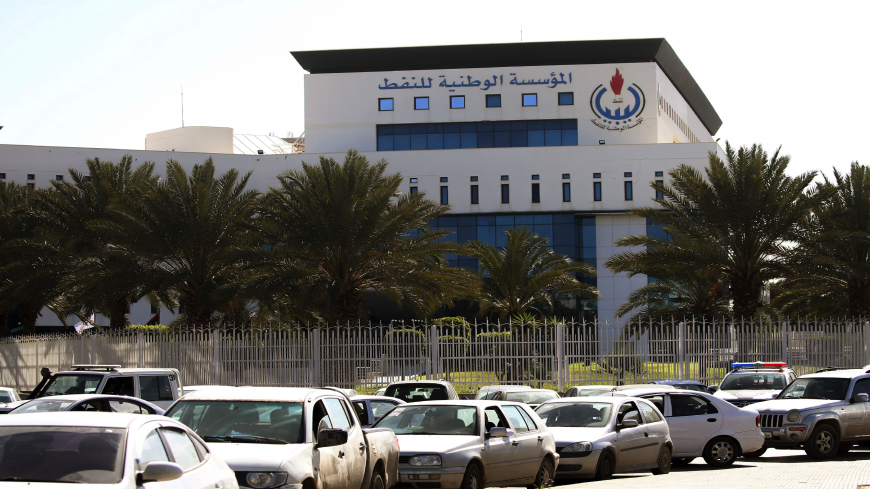 A photograph taken on Feb. 12, 2020, shows a partial view of the building housing Libya's National Oil Company in the capital city of Tripoli. Libya has lost almost $1 billion in revenues since a blockade of its most vital oil export facilities led to a slump in production. Groups allied to military strongman Gen. Khalifa Hifter launched their blockade of eastern Libya's main oil terminals on Jan. 18. - Mahmud TURKIA / AFP

The US government raised the specter of sanctions on unspecified parties involved in Libya’s civil war yesterday after Libya’s oil authority accused the United Arab Emirates (UAE) of obstructing efforts to restore petroleum revenue sharing between the country’s warring sides.

Libya’s National Oil Corporation (NOC) on Sunday alleged the UAE was behind a failure of negotiations to restart the flow of oil from petroleum fields under the influence of forces aligned with rogue Libyan Gen. Khalifa Hifter’s Libyan National Army (LNA), which the UAE supports.

The United States did not explicitly name the UAE in the statement, only saying it “regrets that efforts supported from abroad have hindered the vital mission of the [NOC] and increased the risk of confrontation in Libya.”

The United States has doubled down on pressing for a cease-fire since Libya’s United Nations-backed Government of National Accord (GNA), based in Tripoli, turned back a yearlong offensive by Hifter’s LNA in recent months.

“The door is still open to all who put weapons aside, refuse foreign manipulation, and meet in a peaceful dialogue to be part of the solution,” the US Embassy in Libya said. “However, those who undermine the Libyan economy and cling to the military escalation will face isolation and the risk of sanctions.”

The US statement also tacitly criticized the GNA for its refusal to allow an audit of Libya’s banking system, one of the points of contention expressed by the LNA, which continues to block the flow of oil.

LNA spokesperson Ahmed al-Mesmari called on Saturday for NOC oil money to be deposited in an unspecified foreign country and said a “transparent mechanism” should be established so the money can be distributed fairly between the two sides. Mesmari also called for guarantees that the money would not be used to support “mercenaries” — an apparent reference to Syrian fighters introduced alongside the GNA by Turkey.

The Tripoli-based NOC has the sole right to export the country’s crude under an international agreement. Facing a hostile counteroffensive, Hifter’s side apparently fears that restarting the flow of oil could lead Tripoli to pocket the money to support the assault against the LNA. The two sides have shared the oil revenue in the past.

Sunday’s statement was an unusually clear display of Washington’s interest in the outcome of Libya’s conflict, underscoring concern within the Trump administration that the war is devolving further into a foreign proxy conflict.

Restarting the flow of oil and equitable revenue sharing would likely reduce the two sides’ dependence on foreign military support, which has escalated significantly over the past year.

Russia recently introduced fighter aircraft to Libya’s Jufra air base, raising concerns at US Africa Command as the GNA threatens to press the attack. Russia, France, the UAE and Egypt are Hifter’s largest backers, with Turkey supporting the GNA in Tripoli.

The United States also recently criticized the presence of Russian Wagner paramilitary contractors at Libya’s southern oilfields in an apparent move to keep pressure on the GNA.

Over the past year, the Trump administration has vacillated between tacitly supporting Hifter’s offensive and rhetorically backing the GNA, while condemning both sides’ introduction of foreign mercenaries.

Following the US statement, UAE Foreign Minister Anwar Gargash tweeted on Monday that his government was calling for a resumption of “oil production in Libya as soon as possible” and “stressed the importance of guarantees to prevent oil revenues from prolonging and fueling the conflict.”

Gargash also called for a cease-fire and a return to the political process. Russia’s Foreign Minister Sergey Lavrov said last week that Hifter was willing to sign a cease-fire agreement.

Turkish officials support the GNA’s offensive and said last month that the Tripoli-based government would not stop until Hifter’s forces agree to withdraw from Sirte and Jufra.

The NOC said on Sunday that Libya’s warring sides had been negotiating with foreign governments under the auspices of the United Nations and the United States until Hifter’s side ended its cooperation, according to The Associated Press.

Oil is a key source of revenue for both the GNA and the LNA. The NOC said last week it restarted foreign exports with a shipment to Italy.