US air defense systems stopped a rocket attack before it could enter Baghdad's fortified Green Zone, which houses the US and other embassies. 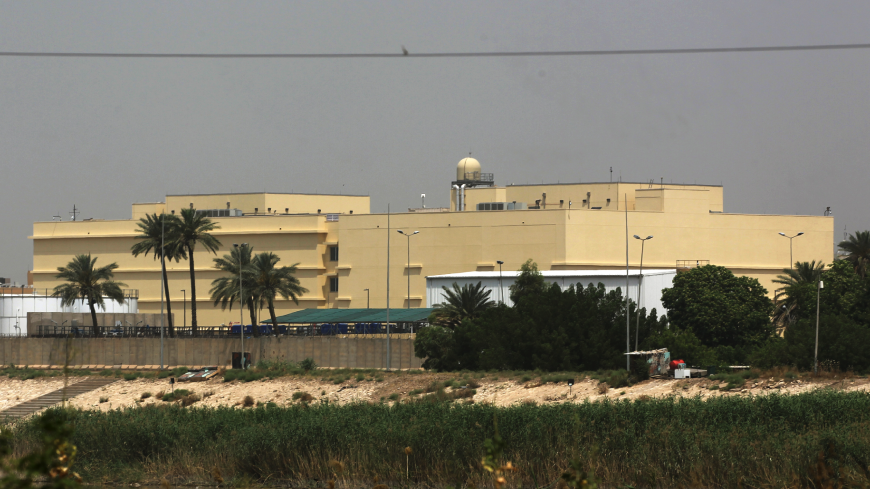 The US Embassy compound is pictured in Baghdad's Green Zone on May 20, 2019, in the Iraqi capital. - AHMAD AL-RUBAYE/AFP via Getty Images

The US military suspects Iran-backed militias in Iraq are responsible for rockets launched on Baghdad International Airport and the city’s Green Zone over the 4th of July weekend.

A Katyusha rocket was launched at Baghdad’s airport Sunday night, though no casualties were reported.

A US air defense system recently deployed to Baghdad shot down a rocket before dawn on Sunday near the city’s Green Zone, which houses the US Embassy. The military tested the counter-rocket, artillery and mortar (C-RAM) system a day earlier, despite objections from Iraq’s deputy speaker of parliament.

A child suffered a head injury Sunday when his family’s home was struck by a rocket launched from Baghdad’s Ali al-Saleh neighborhood, the Iraqi military’s Security Media Cell said. Iraq’s military also said it prevented another rocket attack from the Umm al-Azam area; it was aimed at Camp Taji airbase north of the capital, where US forces are present.

Most of the detainees have been released, but in a rare step, the suspects were charged under Iraq’s counterterror laws, according to Michael Knights, a senior fellow at the Washington Institute for Near East Policy.

The move has evidently not deterred militia rocket attacks. Sunday’s latest strike marked the seventh such attack in Baghdad in a month and comes ahead of a renewed round of talks between the United States and Iraq over the future of US forces in the country.

The United States retaliated again against five suspected Kataib Hezbollah positions across Iraq in March after two Americans and one UK servicemember were killed in a rocket attack on Camp Taji.

A previous strike on Kirkuk’s K-1 air base killed a US military contractor and wounded others, including Iraqi personnel, leading the United States to retaliate with airstrikes that killed more than two dozen Kataib Hezbollah personnel in December.