A rocket has hit Baghdad's Green Zone near the US Embassy, ramping up US-Iranian tensions even further. 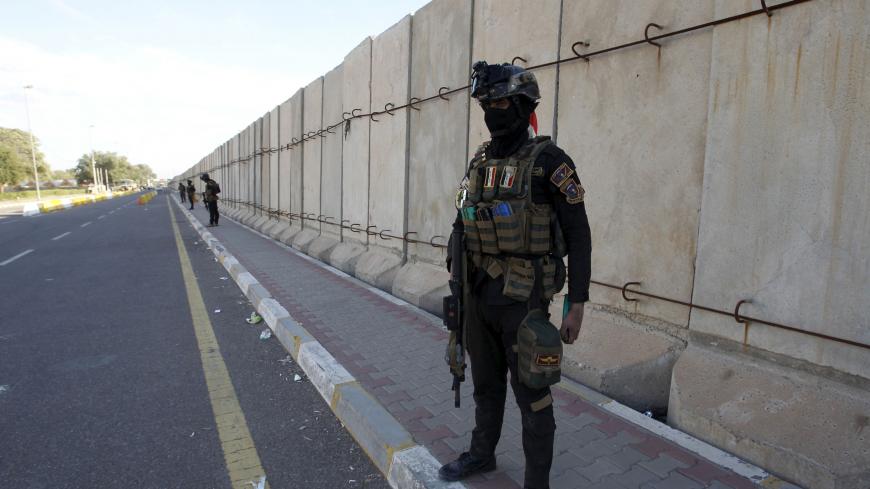 A rocket hit the Green Zone in central Baghdad Sunday night. The highly fortified center that houses Iraqi government offices and many foreign embassies, including the United States'. Residents of the Green Zone and surrounding areas heard the explosion followed by warning sirens and the deployment of security forces in several suburbs surrounding the area.

“A Katyusha rocket fell in the middle of the Green Zone without causing any losses,” reported the Iraqi Security Media Center. It landed near the Monument of the Unknown Soldier, about half a kilometer (0.3 miles) from the US Embassy. A spokesman of the US State of Department confirmed that a “low-grade” rocket landed in the international zone near the US Embassy with no causalities.

“We will hold Iran responsible if any such attacks are conducted by its proxy militia forces or elements of such forces, and will respond to Iran accordingly,” the State Department official said.

A new militia called "Operations of Shahid Ali al-Mansour" took responsibility for the attack. A statement from the group read, "This is not about the conflicting axes in the region. Our demand is clear: bringing Michael Behenna back to prison." US President Donald Trump granted Behenna, convicted of killing an Iraqi prisoner, a full pardon in May.

The assistant secretary-general of Harakat Hezbollah al-Nujaba, Nasr al-Shemmary, announced May 13 that the pro-Iran Popular Mobilization Units are ready to target US interests as appropriate. "Confrontation with the United States will stop only when it is eliminated from the region, along with the Zionist entity,” he added.

Two days after Nujaba announcement, the US Embassy in Baghdad and its consulate in Erbil evacuated non-emergency staff, due to concern about perceived threats from Iran and its proxies in Iraq.

Following the investigation by the Iraqi security forces, a rocket launcher was found in Al-Sina'a Street, eastern Baghdad, about 7 kilometers (4.3 miles) away across the Tigris River from the Green Zone.

A senior security official told Al-Monitor on condition of anonymity that the Katyusha rocket launcher matches launchers made by Iran.

Soleimani visited Baghdad last week and met with leaders of pro-Iranian PMU factions, telling them to “prepare for proxy war.”

Iranian Defense Minister Amir Hatami also said the day of the rocket launch, “Today we have reached the highest level of confrontation with the [United States].”

The security source told Al-Monitor that the PMU have built a completely separate security and intelligence apparatus to work independently, without interference by the Iraqi government. The model is similar to Iran's IRGC, which operates independently in a large variety of fields including security, intelligence and even economic ventures.

As the tension between Iran and the United States rises, Iraqi leaders are working hard to keep Iraq out of the conflict and avoid a US-Iran clash on Iraqi territory.

In his meeting with the charge d'affaires of the US mission in Iraq on Sunday, Joey Hood, Iraq's parliament speaker Mohammed al-Halbusi affirmed "the necessity of supporting Iraq's stability and avoiding any collision on its lands, in order to bring stability, security and political and economic developments in Iraq."

In another meeting with Hikma bloc leader Ammar al-Hakim on Sunday, Hakim told Hood that Iraq is ready to mediate between the United States and Iran. Both parties also affirmed that the recent escalation is worrying everyone in the region.

The leader of the Sairoon Alliance, the largest parliamentary bloc, said on Monday, "I'm against fueling war between Iran and America, and I'm against putting Iraq in this war and making it a battlefield for the Iranian-American conflict." He added, “Any party that pushes Iraq into war and makes it a battlefield will be an enemy of the Iraqi people.”

Even some PMU leaders warned against letting Iraq become a battlefield. The leader of the Badr organization, Hadi al-Amiri, said in a press conference Monday, “We affirm that the national, religious and historical responsibility requires everyone to remove the specter of war from Iraq first and the whole region secondly.”

A group of pro-Iranian factions condemned the incident. Kataib Hezbollah called it "unjustified," saying, "Its timing is not appropriate and if it wasn’t in the public interest at present." The head of Asaib Ahl al-Haq, Qais al-Khazali, warned against actions that lead to war and damage to Iraq's political and security standing. Hussein al-Asadi, a leader of the Islamic Movement in Iraq, told Almayadeen TV that this incident was one of a series of actions that serve the interests of the Israeli and Saudi intelligence services.

Omani Foreign Minister Yusuf bin Alawi visited Tehran today, following US Secretary of State Mike Pompeo's visit to Oman. He has served as an intermediary between the United States and the Islamic Republic on previous occasions.