The attack is the latest in a long-running series of low-level attacks believed to be carried out by Iran-sponsored militias in Iraq. 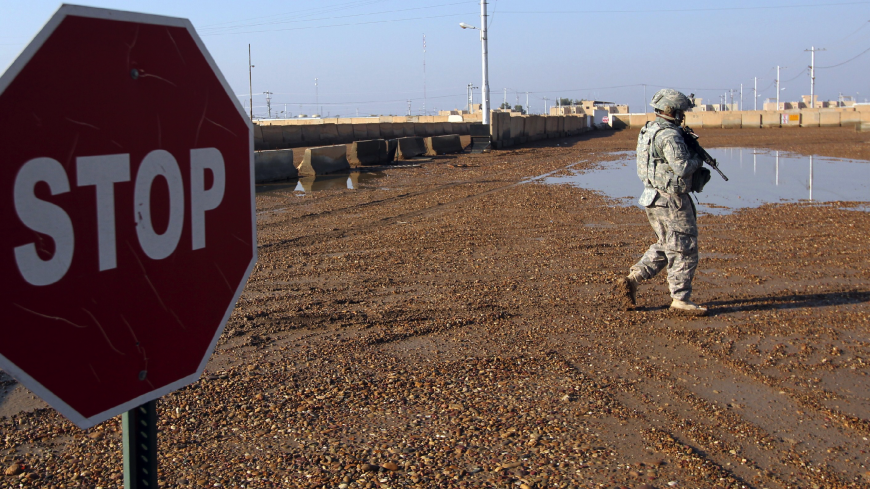 A US soldier walks at the Taji base complex, which hosts Iraqi and US troops and is located 30 kilometers north of the capital Baghdad, on Dec. 29, 2014. - ALI AL-SAADI/AFP via Getty Images

Iraq’s military announced on social media the rockets were launched from Saba’ al-Bour, a neighborhood southeast of the base, and fell on an area of the Camp Taji base used by Iraqi forces.

The rocket strike is the latest in a long-running series of low-level attacks believed to be carried out by Iran-sponsored militias in Iraq. Four Katyusha rockets struck Besmaya air base on Friday, a day before the coalition handed the base fully over to Iraqi control. No injuries were reported.

The United States ordered coalition personnel to consolidate at larger garrisons in Iraq such as the Taji, Ain al-Asad and Erbil air bases earlier this year as part of a planned new phase of the multinational mission in support of Iraq’s military against IS.

The coronavirus pandemic and a spate of rocket attacks hastened the coalition’s pullback.

“Iraqi security forces will continue to seek and pursue those involved in these attacks and bring them to justice,” Iraq’s security media cell tweeted.

The United States denied direct involvement in the arrests but has urged Iraq’s Prime Minister Mustafa al-Kadhimi to crack down on the PMU.