Rockets hit Iraqi base used by coalition troops, no casualties

The attack came as the US-led coalition prepares to hand over the base to Iraqi security forces. 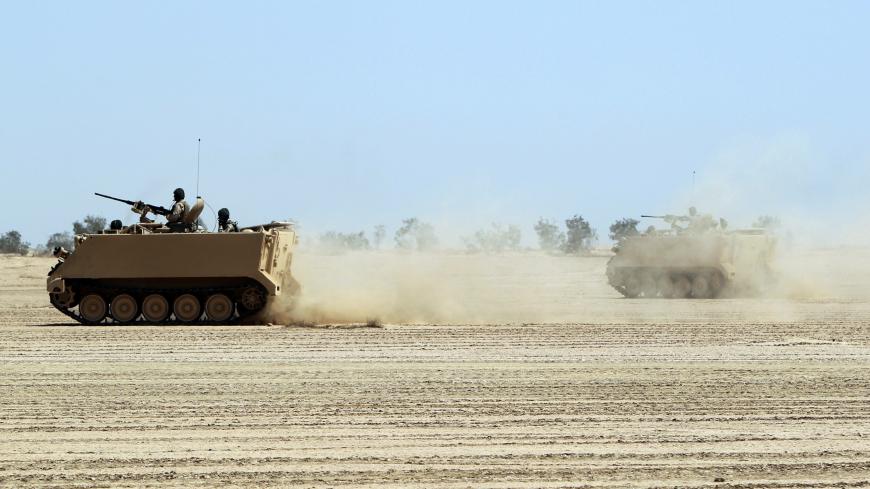 Iraqi soldiers are trained by foreign contractors at the Besmaya military base in southern Baghdad on April 24, 2012. - AHMAD AL-RUBAYE/AFP via Getty Images

Four Katyusha rockets struck a military base hosting US-led coalition troops south of Baghdad today, a day before the base's scheduled handover to the Iraqi army.

The attack on Besmaya base this afternoon caused no casualties, Iraq’s Security Media Cell said in a statement. The rockets, which were launched from the al-Dainiyah area in Diyala province, caused some material damage to the base, the military said.

On Saturday, the US-led coalition in Iraq is scheduled to hand over control of the Besmaya base, where Spain has led the training of Iraqi security forces since 2015.

No group claimed immediate responsibility for the rocket attack, the latest in a spate of similar incidents targeting coalition troops that have been blamed on Iranian-backed Shiite militia groups.

Over the 4th of July weekend, rockets were launched at Baghdad International Airport and the city’s heavily fortified Green Zone, which houses the US Embassy. Last month, on the eve of a highly anticipated meeting between American and Iraqi officials, a rocket landed near the US Embassy.

In March, three service members — two American and one British — were killed in a rocket attack on Camp Taji, a base north of Baghdad hosting US troops. The United States retaliated with overnight strikes targeting weapons depots belonging to Kataib Hezbollah, an Iran-backed Shiite militia that US defense officials blamed for the deadly strike.

The United States also accuses the group of the December rocket attack that killed an American contractor at a base in Kirkuk. Tensions reached a boiling point soon after when a US drone strike in Baghdad killed Kataib Hezbollah leader Abu Mahdi al-Muhandis and Iranian military commander Qasem Soleimani. The United States has designated the militia's new leader, Ahmad al-Hamidawi, a global terrorist.