Social media is already considered a right in Turkey, and President Recep Tayyip Erdogan’s new social media censorship bill is likely to increase participation on a multitude of platforms. 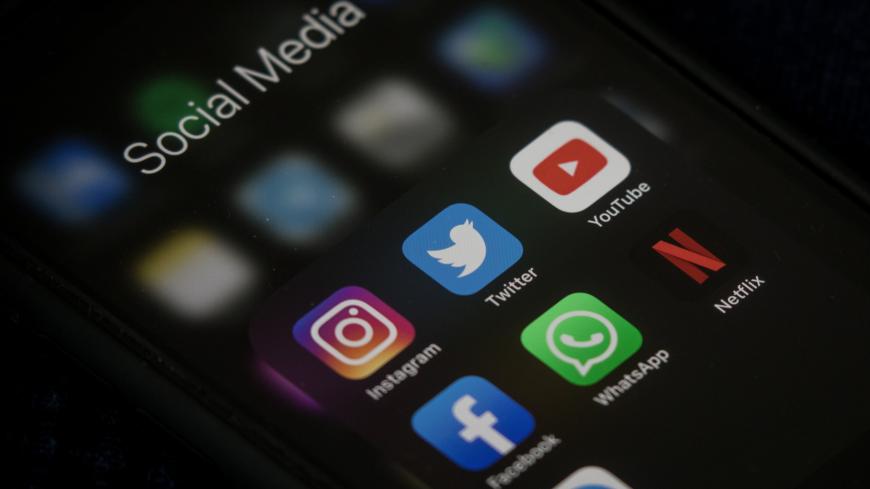 “We have to start enforcing this law before, God forbid, [US President Donald] Trump leaves office in November. We have to get the social media bill out of the Turkish parliament before the summer vacation,” said a senior bureaucrat over the phone June 20. Nine days after Al-Monitor spoke to the source, that same bill — without much change or substantial deliberation in the parliament — became law in the early hours of the morning despite the protests of the opposition.

It is called the Social Media Law. Any platform that allows users to share or view documents, images or videos can be regulated under its jurisdiction. The law refers to these platforms as “social network providers.” Indeed, Turkey already had several rather strict rules in place to regulate social media. In 2018, the government bragged about its "cyber army" of 2,700 keeping an eye on the online activities of 45 million users. These numbers have since increased.

The existing legislation was not sufficient because social media has become a growing vulnerability for President Recep Tayyip Erdogan’s political future. In the last decade, the government created ingenious methods to turn almost all traditional media outlets into its own mouthpieces. Turkey is not only the country with the most jailed journalists, but one where newspapers and TV channels that act out of line are regularly fined and even shut down either for a period or permanently.

Just when Erdogan gained complete control of the traditional media, the public's trust to these networks evaporated. In June, MetroPoll poling agency reported that 78% of the public do not believe in the official inflation rate. More surprising may be that when separated by party loyalty, Justice and Development (AKP) party voters’ distrust reached 67%. Simultaneously, social media became a haven for independent journalists.

This nine-item law approved by the AKP and its coalition party, the Nationalist Movement Party (MHP), is said to regulate social media communications to protect the users and enhance cybersecurity. It is modeled on the 2017 German Network Enforcement Act to regulate online hate speech.

The controversial German law was designed to target fast-growing, far-right propaganda, violence, murder and rape threats. Just as it was feared it would become a model for silencing dissent outside of Germany, the act has done little to curtail the spread of right-wing propaganda in Germany.

The Turkish version is a bit more cumbersome. It asks that every platform with more than 1 million domestic daily users will have an office and a representative in Turkey. This, the Turkish authorities argue, is essential for two reasons: These platforms will have to pay taxes on the revenues they collect from inside Turkey, and they are asked to store the data in Turkey and make it accessible for the authorities.

The law will go into effect Oct. 1, with five stages to compel these platforms. If they do not open offices, the fines will increase gradually all the way up to 30 million Turkish liras ($4.3 million) and they will not be able to accept any advertisements. The service network will be slowed down — a process called throttling — first by 50% and then by 90%. If it were to happen in accordance with government deadlines, the last stage would be reached by April 15, 2021.

Gokhan Ozbek, an independent journalist and the producer of 23 Derece independent news center, told Al-Monitor, “Sending a tweet today takes about four seconds in Turkey. If Twitter does not comply, it will slow down so much that it will take more than eight minutes just to send one tweet.”

Twitter is seen as the platform that worries the Turkish government the most because of its unwillingness to share data. Ozbek said, “I would not be surprised if Twitter is shut down because that is the only way to control it.”

According to Ozbek, users with foreign phone numbers will not be affected by a slowed-down Twitter or other apps. That's why foreign phone numbers and service providers already have found a black market in Turkey. This censorship can be circumvented smoothly if one is tech savvy or has the financial means to afford alternatives.

The new law’s greatest power is to erase history that is no longer cherished. It is called "the right to be forgotten,” through which the government can go after any website and remove its content from a search engine. The justification is to protect individual privacy rights. Anything that may be harmful to one’s reputation falls under this vaguely written law. For example, almost all AKP elites have chummy photos with US-based Muslim preacher Fethullah Gulen or top Gulen movement members. Or they might have given speeches defending or flattering Gulen or the movement. All can be erased.

The law prohibits government employees to use platforms such as WhatsApp or Telegram to share official documents. Al-Monitor spoke to a senior bureaucrat about this, who said, “These apps are used frequently to share documents because they are easier than using the official apparatus. However, we know that different countries can easily hack into these apps.”

It is quite ironic that a state that has so much punitive power to punish Netflix or Instagram can still not streamline the access and distribution of its own official documents.

Lawyers competed with each other to find loopholes to circumvent the law, knowing well that Erdogan has the power to change it anytime. This law is a gentler version than the one that ultranationalist MHP members suggested. In their version, all users in Turkey would require a special identification number to log into social media networks and virtual private networks, or VPNs, would be banned.

A poll conducted by MetroPoll showed that 40.8% of those polled approved of the new law, 49.6% disapproved and 9.6% was undecided. #SayNoToCensorship hashtag became a trending topic as the public knows well that social media is the only way they can truly express themselves.

These draconian and arbitrary laws are not necessarily put in place for Erdogan to win the next election, but are imposed to help him consolidate his powers, increase his popularity again and test the limits of the new presidential system.