Palestinians living in East Jerusalem are concerned by rising crime among the Arab population and complain that Israeli security forces are turning a blind eye while blocking Palestinian security forces from establishing control. 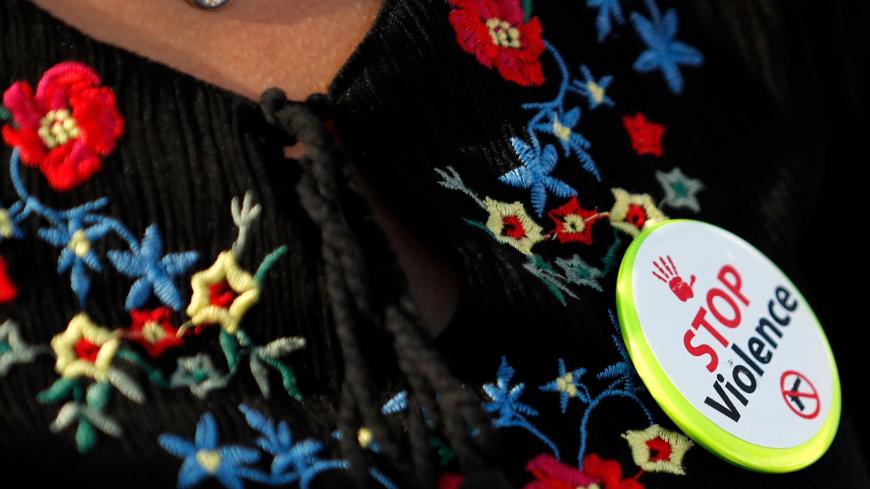 Israeli Arabs take part in a demonstration against violence, organized crime and recent killings in their community outside the prime minister's office in Jerusalem on Oct. 10, 2019. - AHMAD GHARABLI/AFP via Getty Images

Within less than a week, three Palestinian men were killed by fellow Palestinians in acts of revenge, gang activity and a possible contract killing. Palestinians, especially in Jerusalem, have voiced serious concerns about the collapse of social order and ensuing chaos.

Khalil Assali, the publisher of the Jerusalem-focused news site Akhbar el-Balad, told Al-Monitor that Israel doesn’t care about what happens in East Jerusalem and the Palestinians are unable to stop the killings. “Some of the killings are often struggles over land or at times over petty issues, while in other cases there are clear signs of contract killings,” Assali said.

He pointed out that there are a lot of weapons in Jerusalem as well as criminal activity by both Jewish and Palestinian citizens, all of whom have plenty of personal weapons. “Drugs are also part of the problem. Thugs are running the city and blackmail is rampant. Israeli police are aware of everything and they do not get involved. National and Islamic forces are also apathetic, they care only for their own,” Assali added.

Hijazi Risheq, who heads the East Jerusalem Merchants Committee and is the secretary of the Jerusalem Chamber of Commerce, told Al-Monitor that the recent incidents pose more questions than answers. “Where do the weapons used for these murders come from? Who benefits from the breakdown of the Palestinian social fiber?”

Risheq says that the chaotic security situation is the result of the Israeli occupiers caring only about their own security and safety and failing to fight crime and take the steps needed to prevent it. “The Israelis allow weapons to [trade] freely in the city of Jerusalem while they ban the Palestinian security forces from [doing their jobs].”

The secretary of the Fatah branch in the Nablus neighborhood of Balata, Imad Dweikat, was killed by a Palestinian security officer after a scuffle broke out on July 27 as the security forces were trying to close a supermarket due to the coronavirus outbreak.

Fatah’s deputy head Mahmoud Alloul paid a visit July 27 to the Dweikat family and promised them that a full investigation will take place and that those responsible for the killing will be held responsible.

The Popular Front for the Liberation of Palestine issued a statement July 26 calling for restrictions on the use of live ammunition and efforts to stop arms from being used to settle personal conflicts.

In Kufr Aqab, a Jerusalem neighborhood beyond the wall, a fight between families ended July 26 with the burning of a home and the death of Ghazi al-Mahloos.

A resident of Bethlehem was killed in the Jerusalem neighborhood of Shufat, allegedly while sleeping, in what some press reports are calling a contract killing.

In Jenin, a man from Hebron was killed June 21. The circumstances surrounding the killing are unclear.

Miki Rosenfeld, spokesman of the Israeli police in Jerusalem, told Al-Monitor, “Police activities take place in all areas of Jerusalem to prevent and respond to criminal incidents. Units patrol regularly in all the different neighborhoods and respond to all levels of incidents. Police officers are in close contact with the leaders of the communities to deal with tensions and improve police-community relations.”

Rosenfeld also said that the case of Mahloos, who died in an East Jerusalem hospital, is being investigated.

The Palestinian NGOs Network expressed concern July 26 over the economic, social and security effects of the lockdown, saying, “The current situation calls for unity and joint efforts to stand up to the [US peace plan] and the annexation plans" and calling for a "serious investigation” into the Fatah official's death.

The political and health crises with their economic implications have put the Palestinian region, especially Jerusalem, in a very precarious situation, with citizens left vulnerable in the absence of security.

While in much of the Palestinian areas the government appears to be staying on top of security matters, the situation in East Jerusalem — especially in the no-man's-land beyond the wall and hence off limits to Palestinian security forces — is a source of concern to those living in these areas. Palestinians in Jerusalem have little confidence in the Israeli police, which they feel gives only lip service to fighting crime in Palestinian areas.