US-Palestinian man gets life sentence for selling home to Jews

A Ramallah court has sentenced a Palestinian-American to life in prison for selling East Jerusalem property to Jewish Israelis in what could be a sign that the Palestinians are considering ending security coordination with Israel. 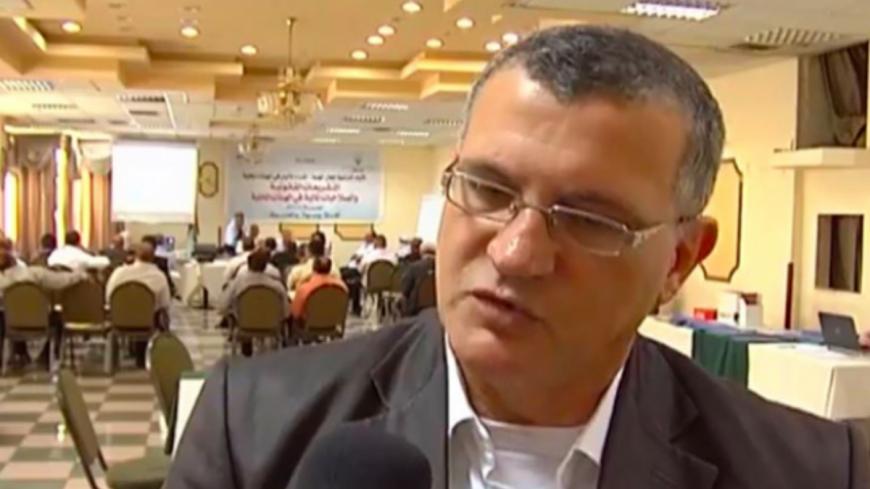 Issam Akel, a Palestinian-American sentenced to life in prison with hard labor for selling land to Jews, seen in a screen shot from an undated video. - Wattan News Agency

For the crime of selling land to Jews, a Ramallah court sentenced East Jerusalem resident Issam Akel to life in prison with hard labor Dec. 31. Palestinians regard such sales, especially in Jerusalem, as an act of treason and the court dealt with Akel accordingly.

The Palestinian Authority has declared war against land sales to Jews in light of an intensified buying spree by Jewish organizations of houses in the Old City and in the Silwan neighborhood. These groups, especially Ateret Cohanim, aspire to settle Jewish families there. The security forces of the Palestinian Authority gathered information about residents of East Jerusalem and Palestinian intermediaries involved in “damaging national security,” recently reporting they had thwarted the sale of 3,000 dunams (740 acres) of Palestinian-owned land in Jerusalem and the West Bank to Jews and arrested 44 Palestinians for selling land to Jewish groups. Some of them have already been tried and sentenced to lengthy jail terms and hard labor.

When the PA was established in the mid-1990s, selling land to Jews was made a war crime. For the Palestinians, the struggle for land has been ongoing since they were uprooted from their homes during the 1948 war the Palestinians call the “Nakba,” Arabic for “catastrophe.”

Right-wing Jewish groups are buying up land in the Jewish Quarter of Jerusalem’s Old City, in East Jerusalem neighborhoods and in West Bank's Area C as part of their plan to settle Jews in Palestinian population centers. The Palestinians’ highest concern is the deals in Jerusalem, where the sides are waging a highly charged property struggle. This struggle has intensified since the United States moved its embassy from Tel Aviv to Jerusalem in May 2018. The Palestinians saw the shift as proof that they will never realize their dream of a Palestinian capital in al-Quds, the holy city of Jerusalem.

Israel generally does not intercede when Palestinian courts impose heavy jail terms on Palestinians. The convictions and sentences have not affected the already complex and complicated relationship between Israel and the PA. Occasionally, Israeli officials will discretely cut a deal with the Palestinian security forces, which are obliged to closely cooperate with Israel as well as arrest suspected land-selling “traitors.”

In Akel’s case, given that he is both a US national and an East Jerusalem resident of Israel, the Shin Bet and Israeli police opened an investigation into the arrest in Ramallah. The Americans have tried to intervene on Akel’s behalf, so far to no avail. The hard-line Palestinian stance on his case appears to stem not only from the land war in Jerusalem, but also from the murky relationship between the PA, Israel and the United States over the December 2017 declaration by President Donald Trump recognizing Jerusalem as the capital of Israel. Akel is the scapegoat for Palestinian President Mahmoud Abbas' rage and frustration against the Israelis and the Americans.

Palestinian security forces arrested Akel in October 2018 after luring him to Ramallah to sign some documents. In the past, the US Consulate or someone acting on its behalf would have quietly freed Akel within days. After all, the United States funds the activity of the PA security agencies. These, however, are not ordinary times.

A month from now, the crisis in the relationship between the Palestinian leadership and the United States is likely to intensify when the Taylor Force Act goes into effect, suspending US funding to the PA as long as it continues to pay stipends to Palestinian attackers and their families.

The law is named after American student Taylor Force, who was murdered in a terror attack in the center of Jaffa in March 2016. Enforcement of the bill is expected to halt or dramatically cut tens of millions of dollars in US funding for the PA’s security forces. Trump has already shown that he does whatever he wants. Absent the current level of US funding, the cash-strapped PA will be unable to keep the security agencies running, certainly not in their current format.

Late Palestine Liberation Organization leader Yasser Arafat established a quasi-military power within the PA. His principle aim was to provide a living for his loyalists in the Fatah organization who were returning from exile in Tunis and elsewhere to the West Bank. After Arafat’s death in 2004 and the end of the second intifada in 2005, Abbas was named as his successor, and the Americans took it upon themselves to rebuild the PA’s security agencies with generous funding. US Gen. Keith Dayton even came to the West Bank to oversee the rebuilding of the security forces that Israel had crushed in putting down the Palestinian uprising.

The American interest was clear: to rehabilitate the PA and enable peace negotiations with the Israelis. Even after these negotiations collapsed in the spring of 2014, the United States continued to budget aid for the security agencies. And even when it gradually reduced the general aid level to the PA, the Americans were careful not to touch the security forces’ funding.

A Palestinian political source who spoke to Al-Monitor on condition of anonymity rejected claims that Akel’s life sentence was revenge against the Americans. The issue of Palestinian lands sold by “greedy criminals,” as he called them, has always been a top priority of the Palestinian judiciary and law enforcement authorities.

The source conceded that despite US appeals and pressure, Abbas has thus far been unwilling to consider a deal in Akel’s case. American teams met with Akel in the Ramallah jail and CIA officials spoke to Palestinian intelligence head Majid Faraj, who has an excellent working relationship with his American counterparts, but to no avail. The Palestinians insist the decision is in the hands of the Palestinian court, not the security forces.

In the coming weeks we will learn whether Akel’s conviction and sentencing signal the collapse of the longstanding and mutually beneficial security cooperation between Israel and the PA. Judging by the way Abbas has been conducting himself and the tirades he delivers at every opportunity, it would seem the Palestinian leader has decided to fight back. The coordination with Israel is the last effective weapon left in his arsenal after the humiliation he has suffered at the hands of the Trump administration, and the sore spot could truly hurt both Americans and Israelis.