King Abdullah II has ordered the waiver of rental payments to all Jerusalemites renting from the Islamic Waqf until the end of the year. 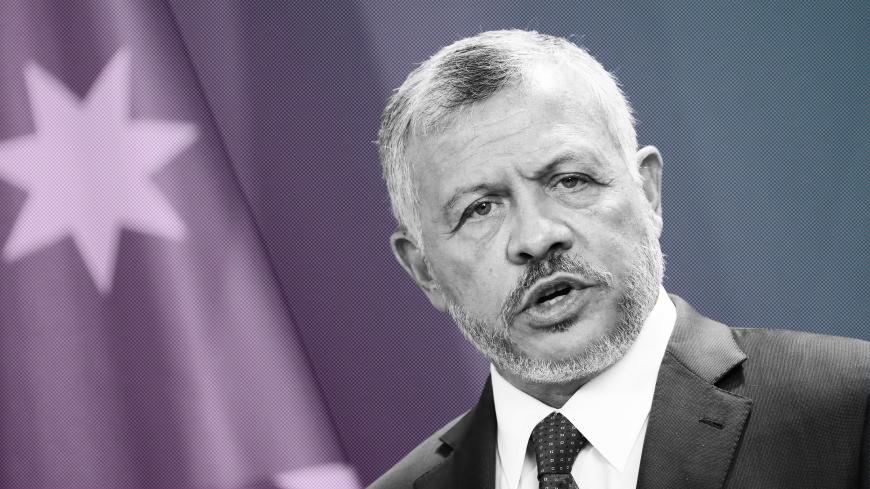 In a statement released March 25, the Jordanian administration's Ministry of Awqaf and Al-Aqsa Mosque Affairs welcomed the decision, saying it “will provide people, businesses and institutions with some security in the difficult times that the world is experiencing due to the outbreak of the coronavirus.”

A large number of homes and shops in Jerusalem and especially in the Old City are managed by a variety of endowments. During times of war and conflict, landowners often turn over their homes and other properties to religious institutions to manage, because they believe that mosques and churches will be immune from attempts at the nationalization of properties. Similarly, families who have chosen to live abroad also endowed their properties in what is called "Waqf thury,” or family endowments. Over the years, this has turned various religious institutions into major landlords in the holy city.

At least 60% of properties in the entire city of Jerusalem — east and west — are owned by the Greek Orthodox Church. The Orthodox Patriarchate rents for long periods of time properties that include the land where the Israeli Knesset lies and the house of the Israeli prime minister as well as most shops in the Old City and the majority of the Christian quarter in the city.

While the Orthodox Church is by far the biggest landowner in the walled parts of the holy city, other religious organizations — especially the Jerusalem Islamic Waqf — are also major landowners. King Abdullah and his Hashemite family are the custodians of holy places in Jerusalem. The Jerusalem Islamic Waqf refers back to the Jordanian Ministry of Awqaf and Islamic Affairs. All rental income of Islamic Waqf properties is deposited into the Jordanian coffers’ accounts.

The Jerusalem Islamic Waqf owns and manages the rental of hundreds of shops, organizations and homes. Both Muslim and Christian tenants will benefit from the generous decision of the Jordanian monarch to waive rents.

Ziad Abu Zayyad, a Jerusalem lawyer and former minister in the Palestinian government, told Al-Monitor the king’s initiative supports the steadfastness of the people of Jerusalem. “We value this initiative in these extraordinary and difficult circumstances. This adds to a long list of credits to His Majesty to support Al-Aqsa [Mosque], Jerusalem and Jerusalemites, and goes back to his father, King Hussein, and the Hashemites.”

Hijazi Risheq, representing Jerusalem merchants, said the decision of the Jordanian king is a welcome gesture. “The decision will save 1.2 million Jordanian dinars (nearly $2 million) at a time when merchants in Jerusalem are suffering,” he told Al-Monitor.

Risheq sent a letter of gratitude to the king and to the director of the Jerusalem Islamic Waqf. “We thank His Majesty for this generous gift, which will help 400 Jerusalem merchants,” he said.

Wasfi Kailani, director of the Hashemite Fund for the Restoration of Al-Aqsa, said the decision was good news for thousands of Jerusalemites. “Since most of the Old City is [endowed] real estate, at least 1,300 Jerusalem households, shops, private schools, churches, hotels, offices, companies, health centers, hospitals, youth associations and other institutions will benefit from the decision,” Kailani told Arab News.

The king's decision adds to the credibility and popularity of the Jordanian monarch in a city of 350,000 stateless Palestinians who are caught between Israel — which unilaterally annexed the city but fails to pay attention to the city’s residents — and the Palestinian government, which is violently banned by Israel from having any engagement of cooperation with its own people in Jerusalem.