The major credit rating agency said Lebanon is likely to default on its debt due to a lack of reform and the collapse of the Lebanese pound. 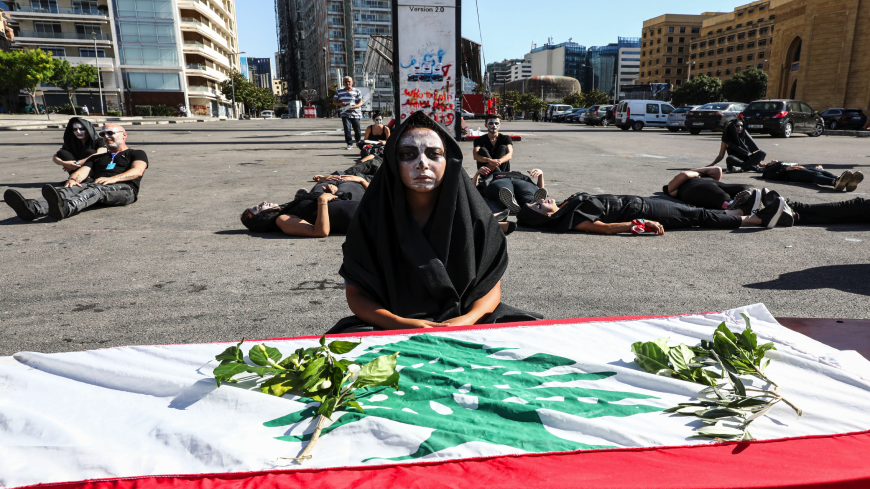 Lebanese anti-government protesters take part in a symbolic funeral for the country in the downtown area of the capital Beirut, on June 13, 2020, on the third consecutive day of demonstrations due to a deepening economic crisis. - ANWAR AMRO/AFP via Getty Images

A major international credit rating agency downgraded Lebanon’s projected ability to pay back debt to a level indicating probable loss of investment yesterday. It is the latest blow to Lebanon’s efforts to emerge from its worst economic crisis in decades.

Moody’s Investors Service, one of the big three credit rating agencies, lowered Lebanon's issuer rating to a C — the lowest rating possible, on par with Venezuela — the firm said Monday.

“The country is steeped in an economic, financial and social crisis, which very weak institutions and governance strength appear unable to address,” Moody’s said in a press release.

Lebanon is in the midst of a major economic crisis. Its currency has plummeted against the US dollar, and both unemployment and job losses are up. There are continued anti-government protests in the country, and Lebanon is now contending with a surge in COVID-19 cases. Lebanon already defaulted on $1.2 billion in debt in March.

The Lebanese government is seeking financial help from abroad, but talks with France and the International Monetary Fund have not yet yielded results.

Moody’s C rating means that it believes Lebanon will likely default upon its debt obligations and that there is “little prospect for recovery” of the original loan amount and interest, according to Moody’s debt rating system. The rating is of the government’s ability to pay back borrowed money, but there is a wide impact such designations have on companies in a country.

The collapse of Lebanon’s currency, fuel inflation and a lack of reform all factored into Moody’s decision, the agency said in the press release.

Moody’s is not the only observer to note Lebanon’s financial problems. France, which has a relationship with Lebanon that dates back to the Colonial era, said that aid to Lebanon will only come after major reforms. S & P’s Global Ratings, previously known as Standard and Poor’s and another major credit rating agency, also downgraded Lebanon’s debt rating in March.

For comparison, war-plagued Iraq has a Caa1 rating from Moody’s, which is two levels above C and indicates “bonds of poor standing.” Jordan has a higher B1 rating, which means “subject to high credit risk,” according to Moody’s system.