Turkey blames its long-standing quarrel with credit rating agencies on hasty misperceptions of its political stability. 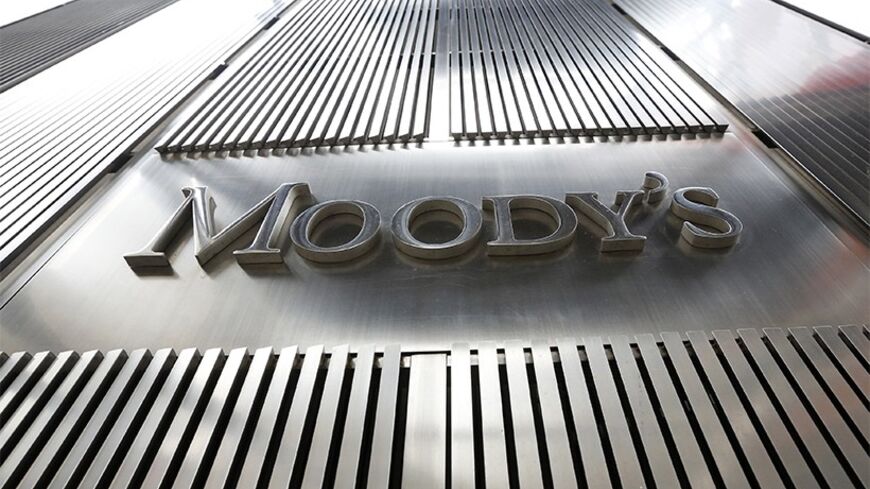 A Moody's sign is displayed at the company's corporate headquarters in New York, Feb. 6, 2013. - REUTERS/Brendan McDermid

Turkey has a long history of bickering with credit rating agencies, just like a student squabbling over grades with the teacher. So much so that even when ratings go up, government officials will grumble, “We deserve better.”

Turkey’s 22-year bickering with Moody’s has been especially bitter. The agency has even earned itself a nickname in Turkey — schoolboy lingo for a miserly teacher that translates roughly as “professor who always hands out zeros.”

Last week, Moody’s triggered fresh uproar in Ankara when it downgraded Turkey’s outlook from “stable” to “negative,” unleashing a hail of criticism from ministers and bureaucrats.

Why is Turkey so thin-skinned with credit rating agencies and especially Moody’s? Why does it react so furiously to unfavorable grades and reviews? Let’s take a look at Turkey’s report card first.

On Nov. 5, 2012, Turkey passed a critical threshold when Fitch raised the country to investment grade, ending a two-decade cycle of bad marks. Following in Fitch’s steps, Moody’s declared Turkey fit for investment on May 16, 2013, raising the country’s rating to Baa3. A week later, on May 23, 2013, the Japan Credit Rating Agency (JCR) also gave the green light for investment, raising Turkey from BB to BBB- grade.

Standard and Poor’s, meanwhile, has stood out as the toughest on Turkey. On March 27, 2013, the agency moved Turkey up from BB to BB+, the grade just below investment grade, which has remained unchanged to date. On the outlook side, it rated Turkey as “stable” before reversing the grade back to “negative” on Feb. 6. Former Economy Minister Zafer Caglayan reacted by saying, “Standard and Poor’s has had its standards unhinged.”

Then Moody’s took the stage, downgrading Turkey’s outlook from “stable” to “negative” on April 10, less than a year after it had raised the grade. The agency cited political risks, increased pressure on the country’s external financing position and growing uncertainty over its growth trend.

The forecast of “political risk” infuriated Ankara the most, since the government had just bagged 45.5% of the vote in the March 30 local polls, assuming that the result had dispelled any concerns of political instability.

Anxious that Turkey could lose the first investment grade it earned from Moody’s in 20 years, ministers and bureaucrats lashed out at the “zero-grading teacher” again.

Economy Minister Nihat Zeybekci argued that Moody’s ignored the election results, which, he said, heralded further stability. “Their evaluation of Turkey is inaccurate. The assessment of political uncertainty is also a gross mistake. Turkey’s political atmosphere has never been more certain,” he said in a written statement.

In further comments in his hometown of Denizli, Zeybekci slammed Moody’s for failing to do its homework: “Downgrading Turkey’s outlook to 'negative' is an extremely superficial attitude. The decision seems to be a bit outdated, not factoring in the March 30 elections. I consider it to be the result of poor homework.”

Huseyin Celik, deputy chairman of the ruling Justice and Development Party (AKP), countered the growth misgivings with figures: “Turkey is a country that has achieved $820 billion in national product. The state is free of external debt. Our country is a safe harbor.”

Economic agencies followed suit, mounting their own offensive on Moody’s the following day. “It is an extremely unfair decision. I’m protesting Moody’s,” the head of the Savings Deposit Insurance Fund (TMSF), Ercan Gul, said. He argued that, far from changing the outlook grade, Moody’s was supposed to raise Turkey’s credit rating above Baa3, the fit-for-investment level.

Vahdettin Ertas, head of the Capital Markets Board (SPK), for his part, said, “Certain rating companies are slow in raising Turkey’s grades, but are quite fast in lowering them. This is a hastily made decision. The ruling party got 45% of the vote in the elections. What better political stability could there possibly be? Downgrading Turkey on this ground is raising question marks. Yet, a significant amount of investment has been flowing both into Turkey’s bond market and stock exchange in recent weeks. There can be no better answer to Moody’s.”

Why is Moody’s the “zero-grading teacher”?

Moody’s relationship with Turkey dates back 22 years. The agency’s first report, published May 5, 1992, rated the country as Baa3, meaning fit for investment. The grade, however, lasted only 19 months until Jan. 13, 1994, when it was downgraded to Ba1, or unfit for investment. Climbing back to investment grade took Turkey almost 20 years, and during that long wait, Turkish politicians and the press came to call Moody’s “the zero-grading teacher.”

Here is a chronology of how Moody’s rated Turkey throughout the years:

In August, Turks will go to the polls to elect a president. It will be the first time a Turkish president is elected by popular vote. Prime Minister Recep Tayyip Erdogan is the strongest potential candidate. His prospects of winning appear quite high, for he has the support of the Kurds, thanks to the solution process. So, the presidential election is unlikely to produce any jitters that could affect Turkey’s credit outlook.

The general elections next year, however, are critical. If Erdogan moves to the presidential palace, his successor at the AKP helm and the party’s subsequent electoral showing remain anyone’s guess. Hence, the general elections may affect Turkey’s credit ratings — and a whole lot of other things.

But we won’t wait that long to hear from Moody’s. The agency is scheduled to issue two reports on Turkey’s credit outlook this year — on Aug. 8 and Dec. 5. Curiosity already fills the air!