Fitch Ratings has warned of high risks in Turkey, sparking concern that the agency, the first to raise Turkey to investment grade back in 2012, may now be the first to downgrade the country. 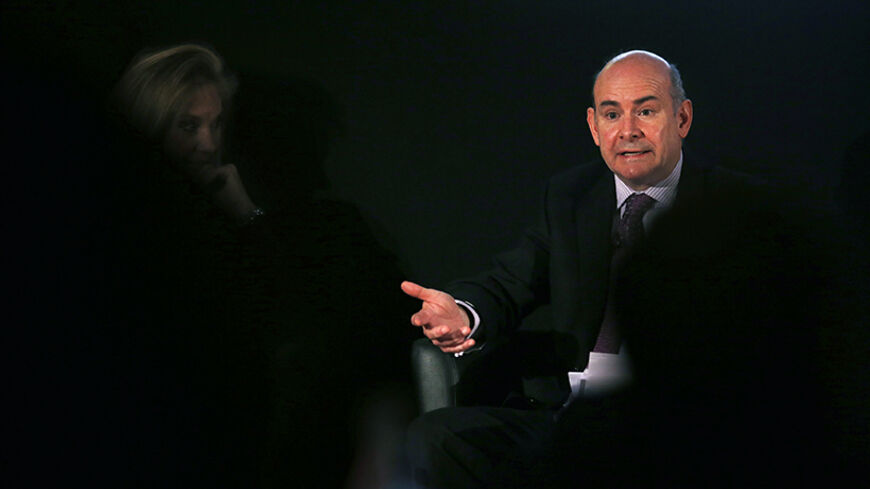 Two days before Turkey’s Aug. 10 presidential elections, the Moody’s credit rating agency was due to issue its regular review of Turkey. Earlier assessments had prompted anticipation that the agency, which had raised Turkey to investment grade (Baa3) in May 2013, could now downgrade the country.

The government appeared unnerved. On Aug. 5, Economy Minister Nihat Zeybekci said, “I expect Moody’s decision to be negative rather than positive, for it will make a political assessment.”

The deputy chairman of the ruling Justice and Development Party (AKP), Salih Kapusuz, spoke of “certain attempts” to have Turkey’s rating lowered and said, “No one should seek to cast a shadow on the elections via certain foreign-based international institutions.”

Those premature reactions sparked questions of whether Moody’s review might have been leaked to the Turkish Treasury and Ankara already knew that a downgrade was in the pipeline. However, Deputy Prime Minister Ali Babacan, who oversees the economy, denied the government had received any such information.

The opposition was not convinced. In a written statement, Faik Oztrak, a lawmaker for the main opposition Republican People’s Party and a former treasury head, asked three critical questions:

Oztrak stressed that a failure to provide ample answers to those questions would justify suspicions that Moody’s had been pressured.

The government’s statements shook the financial markets on the eve of the election. The mood dampened further with reports of the Islamic State advancing to Erbil, leading to a jittery morning in the markets on Aug. 8. The Turkish lira slid to some 2.19 against the dollar, its lowest rate since March 31, as the benchmark bond yield rose to about 10%. In the afternoon, however, the anxiety eased as anticipation that Moody’s would keep Turkey’s rating unchanged took over.

Why did Moody’s, which always used to release its reviews on their scheduled dates, withhold its assessment this time?

In a statement from its New York headquarters, the agency said it had designated not one but three possible dates for “potential” releases. In remarks to Reuters, agency sources said any credit rating action would be taken in line with regulatory rules, stressing that the releases calendar was meant only to give an idea about possible statements.

In short, Moody’s did not update its Turkey assessment, saying that Aug. 8 had never been a definite date. Azerbaijan and Sweden, two other countries expected to be reviewed the same day, ended up without updates as well.

There was no hint in Moody’s statement to suggest that the postponement was prompted by the timing of the presidential polls, and the likely impact the two might have had on one another. Yet, the Turkish government’s reactions ahead of Aug. 8 make it clear that Moody’s would have faced accusations of political bias and “conspiring against the government” had it lowered Turkey’s rating on the expected date.

According to ALB Security's research director Yeliz Karabulut, the agency delayed the review in an apparent bid to avoid being drawn into pre-election political wrangling.

Moody’s review was then expected Aug. 11, the day after the elections, but it did not materialize then, either. Speculation now has it that the review will be delayed until December.

While the spotlight was on Moody’s, Turkey got a serious warning from an unexpected quarter: Fitch Ratings.

In an Aug. 11 statement, the agency cautioned that Prime Minister Recep Tayyip Erdogan’s continuing pressure for rate cuts could undermine the Central Bank’s “tenuous credibility.” A rapid unwinding of sharp rate hikes in January will make Turkey “more vulnerable to a sudden change in investor sentiment,” it said. “Political risk will weigh on Turkey’s ratings through its potential effects to discourage capital inflows and reduce policy predictability,” the agency warned. “We expect political risk to remain a credit weakness that could lead to a negative rating action if it adversely affects government effectiveness and policy predictability.”

The third rating heavyweight, Standard and Poor’s, said the presidential election outcome would have no direct bearing on Turkey’s credit rating.

Fitch’s surprise warning will fuel anticipation for Oct. 3, when the agency is due to review its credit rating for Turkey. It will be interesting to see whether Fitch will move ahead of Moody’s to downgrade Turkey. If it does, the downgrade will come as a rather ironic move, for it was Fitch that first raised Turkey to investment grade in 2012.