Omar Razzaz told The Guardian that Jordan would view one state "positively," but he reiterated Amman's opposition to Israel's stalled plan to annex parts of the West Bank. 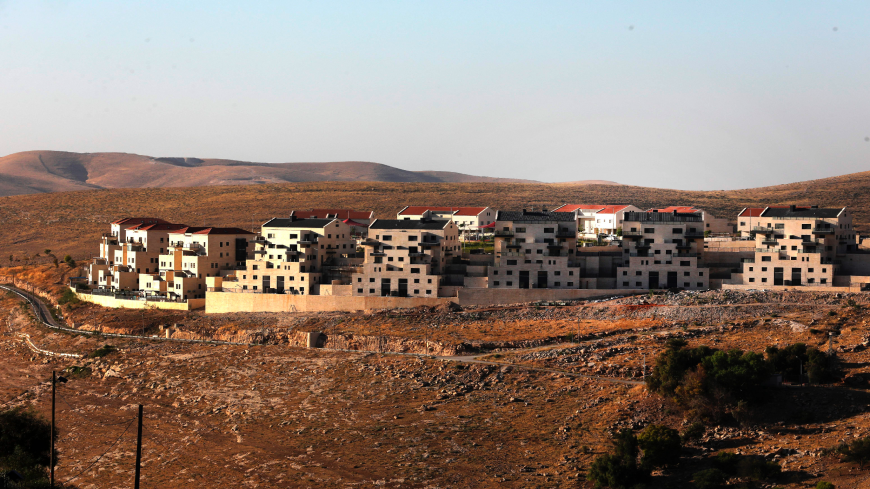 Residential houses are pictured in the Maale Adumim settlement in the West Bank east of Jerusalem, on July 1, 2020. The government of Israeli Prime Minister Benjamin Netanyahu has said it could begin the process to annex Jewish settlements in the West Bank as well as the strategic Jordan Valley. - MENAHEM KAHANA/AFP via Getty Images

Jordan’s Prime Minister Omar Razzaz said the Hashemite Kingdom would view a one-state solution to the Israeli-Palestinian conflict “positively” if Israel goes ahead with its annexation plans in the West Bank.

Speaking to the British news outlet The Guardian, Razzaz said that annexation would doom the two-state solution.

“You close the door to the two-state solution, I could very well look at this positively if we’re clearly opening the door to a one-state democratic solution,” Razzaz told The Guardian in an interview published today.

Razzaz said forgoing the two-state solution would push the region toward “chaos,” however, and also said that annexation would create an “apartheid state” — referring to the race-based segregation South Africa had in the 20th century.

The Israeli unity government between the Likud and Blue and White planned to start annexing Israeli settlements and the Jordan Valley in the West Bank on July 1. However, the plan faltered and there have been no annexation moves to date. Blue and White leaders have backtracked from the deadline, and the US insists Prime Minister Benjamin Netanyahu gets their support before moving forward.

The West Bank is mostly inhabited by Palestinians. Most of the international community considers it occupied by Israel. Israel captured the territory from Jordan during the 1967 war and began building settlements soon thereafter.

Jordan is one of the most vocal critics of annexation, and much of its population is of Palestinian descent. Earlier this month, the country signed a joint statement with Egypt, France and Germany saying annexation would derail the peace process and violate international law. In May, Jordan’s King Abdullah II warned of a “massive conflict” if Israel annexes. British, Emirati and other leaders have leveled similar criticisms.

Peace efforts in Israel and Palestine have traditionally focused on two states: Israel and a Palestinian state in the West Bank and Gaza. US President Donald Trump’s “deal of the century” plan unveiled in January also envisioned an eventually independent Palestine.

Support for one state in present-day Israel and the Palestinian territories is growing among Palestinians and Israelis. Decades of negotiations have failed to yield two states, and the growth of Israeli settlements in the West Bank has rendered two states more unlikely. Palestinians would likely constitute the majority of the population in one state. All this has led some Palestinians to believe a one-state solution would more likely give them self-determination.

Some Israelis also want one state because of the failure of the negotiations and because it would allow them to retain control of the settlements. Many Israelis also oppose a Palestinian state for security reasons.

As Razzaz pointed out, there are concerns one state would result in fewer rights for Palestinian citizens vis-a-vis Jews. An alternative to this would be a democratic state where each citizen has one vote regardless of their religious or ethnic background. Another idea that has been put out there is a confederation between Israel and Palestine.

Visions of one state differ between Israelis and Palestinians. Israelis are divided on giving Israeli citizenship to Palestinians in the West Bank, for example.