Palestinians are calling for one secular state where citizens have equal rights, but more and more right-wing Israelis are adopting their own version of the one Jewish state. 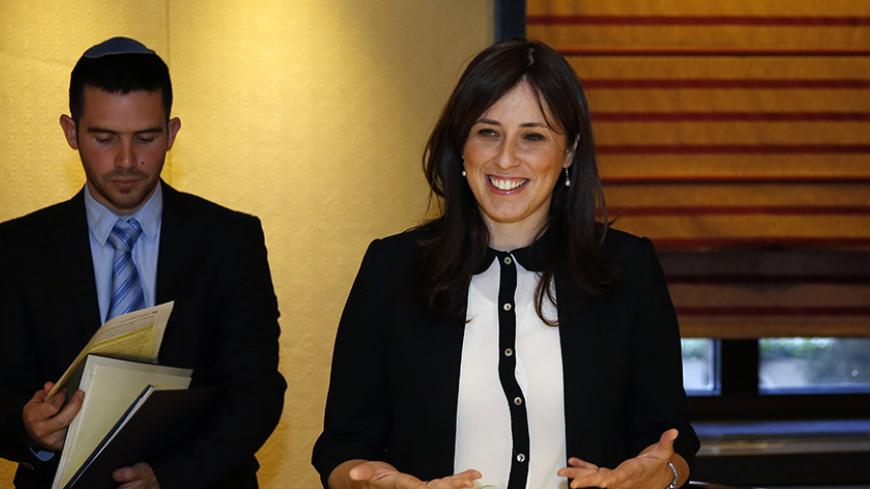 Of all the Israelis who spoke out against the burning of the Dawabsha family in the village of Duma near Nablus, the voice of Israeli President Reuven Rivlin seemed the most sincere.

Speaking at a rally in Jerusalem on Aug. 1, the Israeli president rejected the idea that this was an isolated case with no context to it. “Every society has extremist fringes, but today we have to ask: What is it in the public atmosphere that allows extremism and extremists to walk in confidence, in broad daylight?” he asked. American writer Peter Beinart later wrote in the Israeli daily Haaretz on Aug. 5 that Rivlin accepted moral responsibility while Prime Minister Benjamin Netanyahu “denied and lied about incitement including his own.” This was the clearest accusation against Netanyahu of responsibility for what happened.

But beyond Rivlin’s humanistic exterior is a senior Israeli official who is an ardent supporter of the total annexation of the West Bank to Israel. Rivlin’s actions don’t hide the fact that he, like many in his and Netanyahu’s Likud Party, has a much more radical plan for solving the Palestinian-Israeli conflict.

The idea of a Jewish one-state solution has been detailed by a member of the current Netanyahu government. Naftali Bennett of the Jewish Home Party (HaBayit HaYehudi) gave specific information in an article published in the Times of Israel of how he would impose such a state starting with annexing Area C. That his party didn’t do so well in the last elections has largely weakened his party, but the idea of a one-state Jewish Israel continues to be reiterated by many Israelis, including many in the presiding Likud Party, the government and the presidency.

Other senior Likud officials who want to annex the West Bank to Israel include Deputy Foreign Minister Tzipi Hotovely, who was described by the Israeli Mondoweiss independent website as “motivated by a religious belief that God gave the West Bank to the Jewish people.”

A host of other right-wing Israelis have different formulas they believe will ensure the permanent Jewishness of the future state without the need for continued military occupation.

They are all supporters of some type of annexation (whether a gradual or one-time act) of the West Bank to Israel but refuse to annex the heavily populated Gaza Strip and, of course, they are totally against the return of any Palestinian refugee while supporting the right of Jews to return to this Jewish state.

There are many different streams of Jewish “one-staters.” Rivlin’s idea is that while the state would be a Jewish state, it could have two distinct parliaments, thus making it more of a confederation but under Israeli Jewish auspices. Tel Aviv journalist and editor Naom Sheizaf explained how this concept is seen in Israel. Writing for +972 Magazine, Sheizaf said, “The Israeli right thinks of it as a Jewish state with a large Arab minority, while many Palestinians envision a Palestinian state with a large Jewish minority, and intellectuals discuss models that have little support on the ground.”

Even before the latest Israeli elections in March that brought in more right-wing “annexationalists” to the government, some Israelis were concerned that the growing desire for annexation was clear.

Shmuel Rosner, the political editor of The Jewish Journal, which has moderate political leanings, wrote in The New York Times in June 2014 that the idea of annexing the West Bank is becoming more and more mainstream. “It is safe to say that in today’s Israel the worrisome idea of annexing land in the West Bank is no longer marginal or considered as extreme as it once was.”

The idea of annexing the West Bank to Israel has even seen support among congressional Republicans in the United States. US Rep. Joe Walsh, R-Ill., introduced in September 2011 a resolution (with 30 co-sponsors) to support Israel’s right to annex the West Bank in the event that the Palestinian Authority continues to push for a vote on Palestinian statehood at the United Nations. Palestine was recognized as a nonmember state in 2012, and the resolution was not passed by the Congress.

For years, Palestinians and the international community have been calling for a two-state solution for Israel and Palestine as the most acceptable compromise for the conflict. With the Israelis’ continued rejection of the two-state solution, more and more Palestinians are calling for one secular state in which all citizens have equal rights. But while the Palestinians’ call for a secular state seems to be totally rejected by Israelis, more and more right-wing Israelis are adopting their own version of the one Jewish state.