The Myth of One-State Alternative To the Two-State Solution

The alternative to the two-state solution is more conflict, not a binational single state. 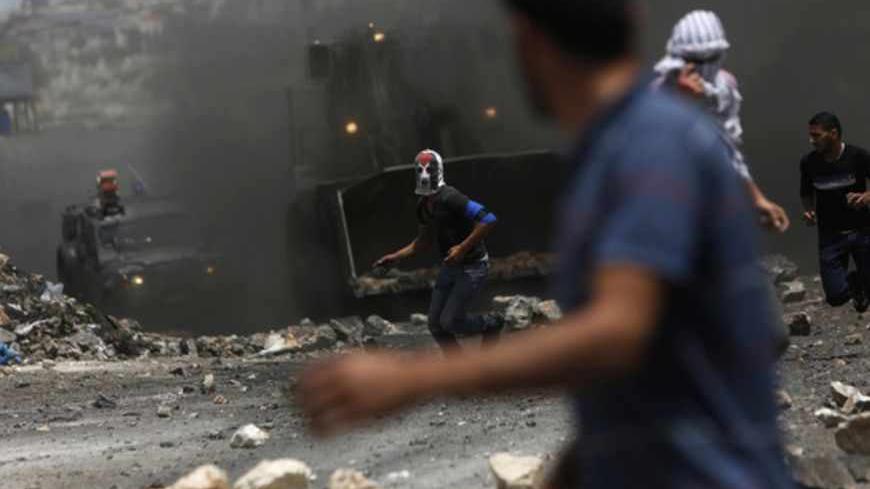 Stone-throwing Palestinian protesters run during clashes with Israeli soldiers at a protest against a nearby Israeli settlement in the West Bank village of Kfar Kadum, near Nablus, May 31, 2013. - REUTERS

The new prime minister of the Palestinian Authority, Rami Hamdallah, is perceived by some as an “obscure figure,” by others as a “nice guy who will not make waves” or as “Palestine’s Nothing Man.” When I first met Rami Hamdallah in May 2010, in his office at An-Najah University, he appeared to me as a statesman with a clear vision and a strong sense of purpose. The interview that followed became part of a book focused on the persons and the ideas that in present-day Palestine and Israel are inspired enough to present alternative solutions to the local dramatic reality.

While fully supporting the self-determination of his people, Hamdallah stressed that discussing the one or two-states solution is risky, because it can de-focus the attention from the real priority: Palestinian rights and equality of treatment. Furthermore, the then-president of An-Najah University pointed out that a sustainable peace could not be achieved without deliberately engaging local women: This, he claimed, was the reason why most of their students (56% in 2010) were women. Finally, Hamdallah noted that only a nonviolent grass-roots struggle had the potential to achieve change instead of only shaking the status quo: A standpoint that mirrors Erich Fromm’s approach. Human beings, the German social psychologist wrote, have “continued to evolve by acts of disobedience.”

After that meeting I further realized that the endless debate over what Tony Judt defined as “the only real alternative” — a single, binational state — to the two-state solution was (and is) an empty and counterproductive exercise.

It is “empty” because it is based on a wrong assumption. The chances that the Israeli authorities may express an interest, albeit weak, in the creation of a single state, or just in the annexation of the Palestinian territories, are near to null. The status quo ensures the exploitation of the Palestinian territories — as well as control of an area considered of strategic importance for defense purpose — without requiring additional “inconvenient responsibilities.” In this sense, the Palestinian territories represent in many ways a unique case. In other somewhat similar contexts, such as Tibet, Abkhazia, the Turkish Republic of Northern Cyprus, Western Sahara and East Turkestan, the “occupying powers” of these areas have incorporated the local inhabitants as their citizens: with all the guarantees, rights and problems that this entails.

On top of this, it is counterproductive because the alternative to the two-states solution has never been a binational state but instead a state of permanent tension, if not war. True, in an ideal world borders should not exist. However, as Noam Chomsky once noted, “If you are serious, you say, ‘how do we get from here to there?’” In a reality in which one of the two contending parties is exponentially more powerful than the other — from a political, economic and cultural point of view — a single state would soon turn into a legalized tool for “choking” the weaker party. Mutatis mutandis, the idea of ​​creating a binational state already failed at the time of Brit Shalom (in the late 1920s), when the attitude of the people, free from the scars of this last century, would have been in theory far more “malleable” than today. The one-state scenario would require the absence of a marked imbalance between the two parties. Furthermore, the support for such an option is problematic inasmuch as it offers a sort of justification for the ongoing unilateral construction of new settlements; if the two-states solution is not anymore feasible, as often claimed by the binational state supporters, what should prevent the creation of additional “facts on the ground”? To put aside the two-states solution without first obtaining a practical alternative is a political suicide that will further affect the lives of million of persons.

The real issue at stake, then, is not if the two-states solution is feasible or not, but to strive for a re-articulatation of the political approach of Washington — and, to a minor extent, of the EU — on these issues. The position of the Obama administration is that the two parties involved must initiate direct negotiations “without preconditions.” This was also the reason given by the United States in February 2011 to justify their veto against a resolution of the UN Security Council that held the settlements in the West Bank and East Jerusalem to be “illegal.” Fourteen out of 15 members of the Security Council voted in favor of that resolution.

From a symbolic point of view, the US veto had serious consequences. The message that it sent out is that the issue of settlements and the exploitation of the natural resources (water, stone, gravel) in Palestinian territory are topics of negotiation. More then this, Washington’s standpoint was further problematic because both Israel and the US administration continue, on the other hand, to require various pre-conditions from the Palestinians; from recognizing the State of Israel to the rejection of any abstract idea or effective implementation of armed struggle: i.e., the reasons why Hamas has been excluded by the political process. On the other hand, as Noam Sheizaf clarified, “Israel was never asked to formally recognize the Palestinians’ right to this land, nor has its government ever voted in favor of the two-state solution.”

According to the last report (Acting the Landlord, June 5, 2013) released by B’Tselem, Israel’s policy in Area C of the West Bank is anchored in a perception of the area meant above all to serve Israeli needs. The exploitation of natural resources and the psychological humiliation that are taking place beyond the “separation barrier” cannot in any way be justified by the legitimate Israeli need to rely on safe borders. An internal document compiled last April under the auspices of the Israeli Deputy Foreign Minister Zeev Elkin — recently distributed to all of Israel’s embassies in Europe — claims that settlement-product labeling under discussion among EU foreign ministers would hurt the Palestinian economy the most: It is an attitude that recalls to mind the times in which well-known historical figures used to praise the economic opportunities afforded by the benevolent colonial power to the occupied people. This further confirms that, today more then ever, the priority is to dismantle the annexation process that especially in these last few years used the “peace process” as a façade. Such an approach requires less idealistic slogans and effortless “shortcuts,” and more practical forms of pressure. In Amílcar Cabral’s words, “Tell no lies, claim no easy victories.”

Lorenzo Kamel is a visiting fellow at Harvard University’s Center for Middle Eastern Studies and a regular analyst for the Aspen Institute. He is the author of two books and numerous academic articles on the Middle East. 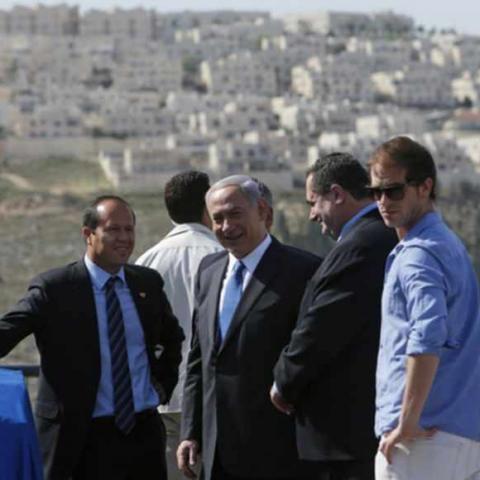